At one of the final two races of the regular 2018 NHRA season, three drivers would race their way to a long-awaited victory. At this weekend’s Lucas Oil NHRA Nationals, at Brainerd International Raceway, the father of legendary Top Fuel driver Steve Torrence earned the first Top Fuel victory of his career, while Don Schumacher Racing’s own Funny Car driver Jack Beckman defeated teammate Tommy Johnson Jr. for his second career victory of the 2018 season. Pro Stock driver Deric Kramer also earned his second career victory after defeating one of the series’ most impressive young guns in Sunday’s final elimination round. 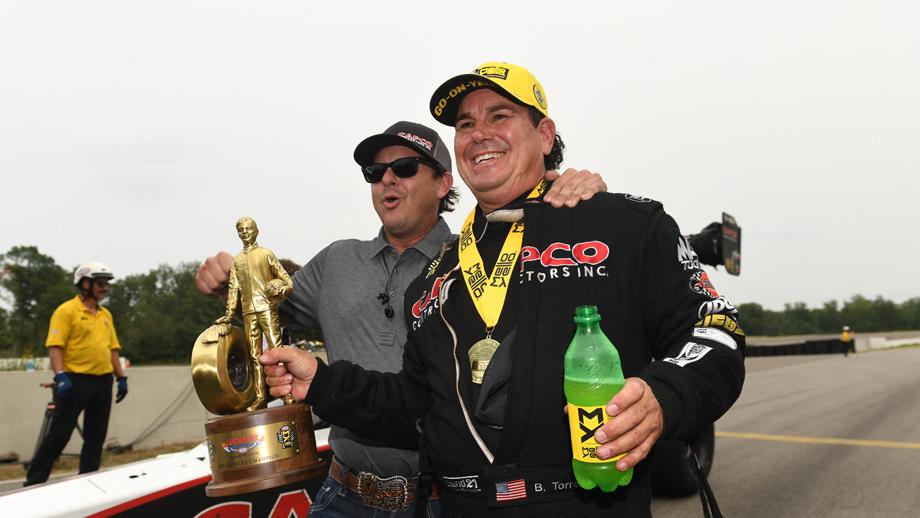 Making his 27th career Top Fuel start, Billy Torrence bumped his son Steve from the top spot with a No. 1 qualifier position thanks to a 3.784-second qualifying run at 326.32 MPH on Saturday. As the day dawned on Sunday’s final elimination rounds, Torrence knocked off Terry Totten, Scott Palmer and Mike Salinas to face off against three-time world champion Antron Brown in the final round.

Although most were betting against Torrence for the win, an impressive 3.756-second pass at 329.99 MPH in his Capco Contractors Top Fuel dragster dispelled all doubts and earned the father of current Top Fuel point leader Steve Torrence his first series victory.

“To come out here and win an event like this is so exciting for both myself as well as for these guys who give me a good operation when I am available to compete,” said Torrence. “Now that we are only two races away from the Countdown to the Championship there is pressure on everyone to win, so to defeat a tremendous racer like Antron Brown proves that this team has put together all the right parts and pieces to earn this amazing win.”

Despite missing out on a win at Brainerd International Raceway, Steve Torrence maintains his Top Fuel points lead heading to the final regular season race at Lucas Oil Raceway. 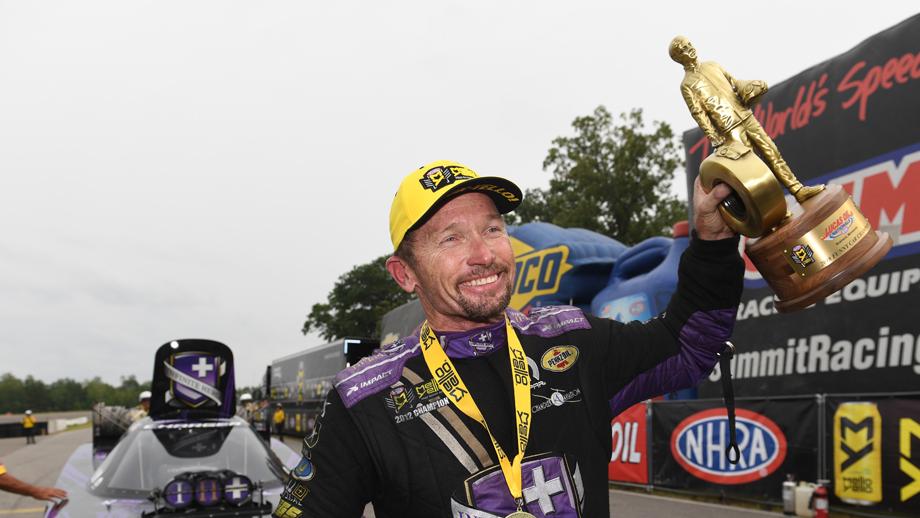 While the Top Fuel Series gave a part-time driver an impressive first-time win, in Funny Car series regular Jack Beckman secured his second victory of the 2018 season and 28th of his career after racing his way past Matt Hagan, Shawn Langdon and points leader Courtney Force to take on Don Schumacher Racing teammate Tommy Johnson Jr. in Sunday’s final elimination round.

With a final 3.961-second pass at 325.69 MPH, Beckman earned his first victory at Brainerd International Raceway as well as a spot in the top-five in the Funny Car points standings.

“We have struggled this season – that is no secret,” said Beckman. “We weren’t even that stellar Friday and Saturday and didn’t have the lane choice that we wanted all weekend long. So, to put our Infinite Hero Foundation Dodge Charger R/T back in the winner’s circle again, reassures me that we are back to having a contending car.”

Despite having to settle for a runner-up finish, Johnson clinched his spot in the Mello Yello Countdown to the Championship heading to the prestigious Chevrolet Performance U.S Nationals at Lucas Oil Raceway at Indianapolis. 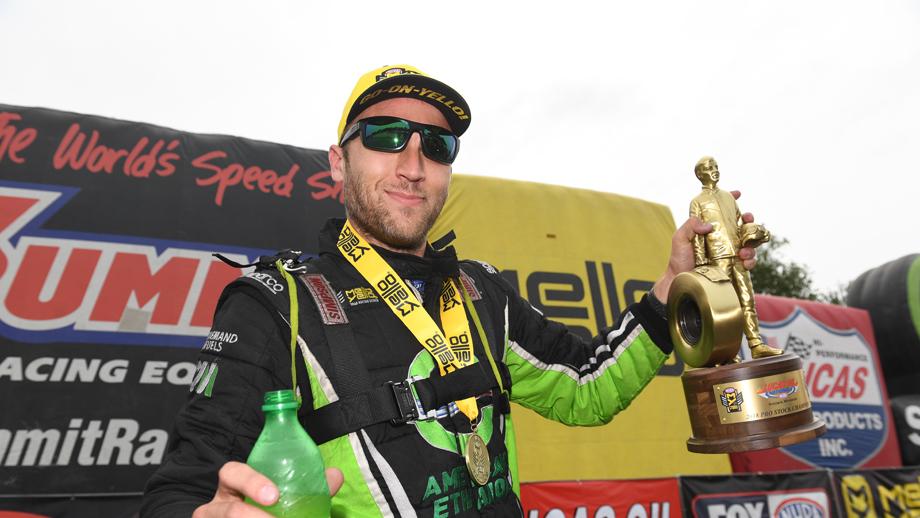 With a final pass of 6.652-seconds at 207.56 MPH, Kramer defeated second-place point standings driver Tanner Gray for his second victory in 2018.

Thanks to this victory, Kramer has clinched his spot in the Countdown to the Championship alongside runner-up finisher Gray as well as Pro Stock points leader Greg Anderson.

The stars of the NHRA will compete in the final regular season race of the 2018 NHRA Mello Yello Drag Racing Series season at the prestigious Chevrolet Performance U.S Nationals August 29-Sept. 3 at Lucas Oil Raceway. Stay tuned to RacingJunk.com for all your NHRA coverage!