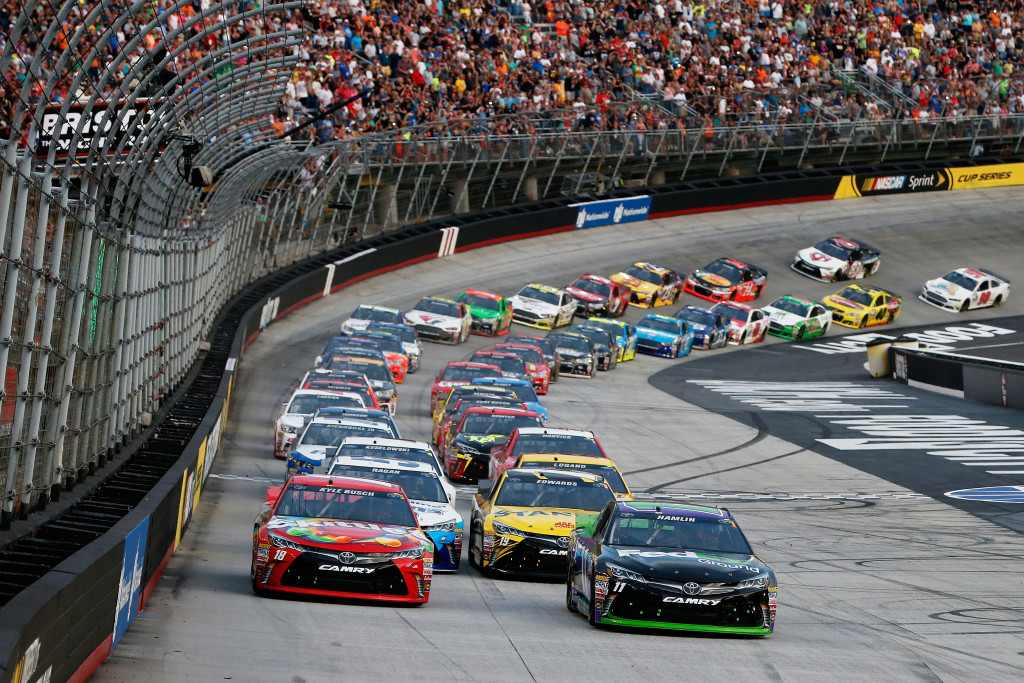 He successfully defended his Bristol title in back-to-back years, but it wasn’t easy by any means as Logano and Harvick had to diamond the corners, dodging constant lapped traffic in the waning laps.  Harvick dogged him, catching up with Logano in the turns only to see him speed away off the corners exits.

“There’s not much time to look in the rearview mirror, but I realized how different his line was than mine,” said a relieved Logano.  “He’d drive in so hard and almost get to my back bumper, and then I’d drive off really good.

“It’s kind of interesting to watch a race like that, when two cars are similar in speed, but in two completely different ways.  That’s what’s so fun about Bristol is you can drive the car about five or six different ways and make it fast, so it’s fun to race here.” 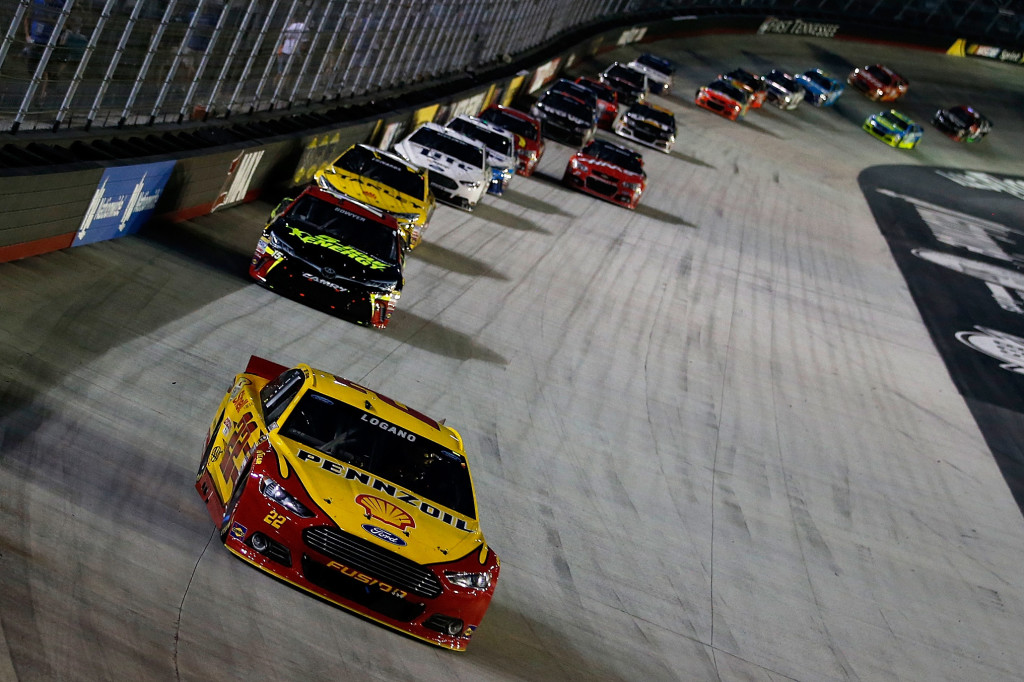 Harvick claimed his eighth second place finish of the season since his last win at Phoenix in the spring of the year along with his 250th Top 10 finish of his career at the .533-mile oval.

“He was just one step ahead of me in traffic,” Harvick said.  “I couldn’t get my car to rotate across the center like I needed it to, and every time I tried to force it, it would snap the back out.  He was able to go in really high and before the center of the corner drive down the corner and I just had to wait just a split second to be able to put the throttle back down.  I couldn’t do that.  His ability to run that huge diamond (groove) all the way to the bottom like he could was really beneficial for him through traffic.

“He was able to get those huge runs up off the exit of the corner and just stayed one step ahead of me through traffic, I felt like, and in clean air we probably were a little faster, but it didn’t really matter.  I had to be in front of him to show that.”

After the battle at the front between Logano and Harvick, pole-sitter, Denny Hamlin was third with Jimmie Johnson and Clint Bowyer rounding out the top five respectively.

The Irwin Tools Night Race had an average speed of 96.890 mph due to eight caution flags for 52 laps with lead changes among five drivers.

Kyle Busch solidified his Chase position after the Bristol race with an eighth place finish, padding his 29th position to 46 points over 31st place-runner, Cole Whitt.

The NASCAR Sprint Cup tour has next weekend off before returning Labor Day weekend for the running of Southern 500 at Darlington Raceway on Sunday night, September 6 at 7 p.m. on NBCSN. 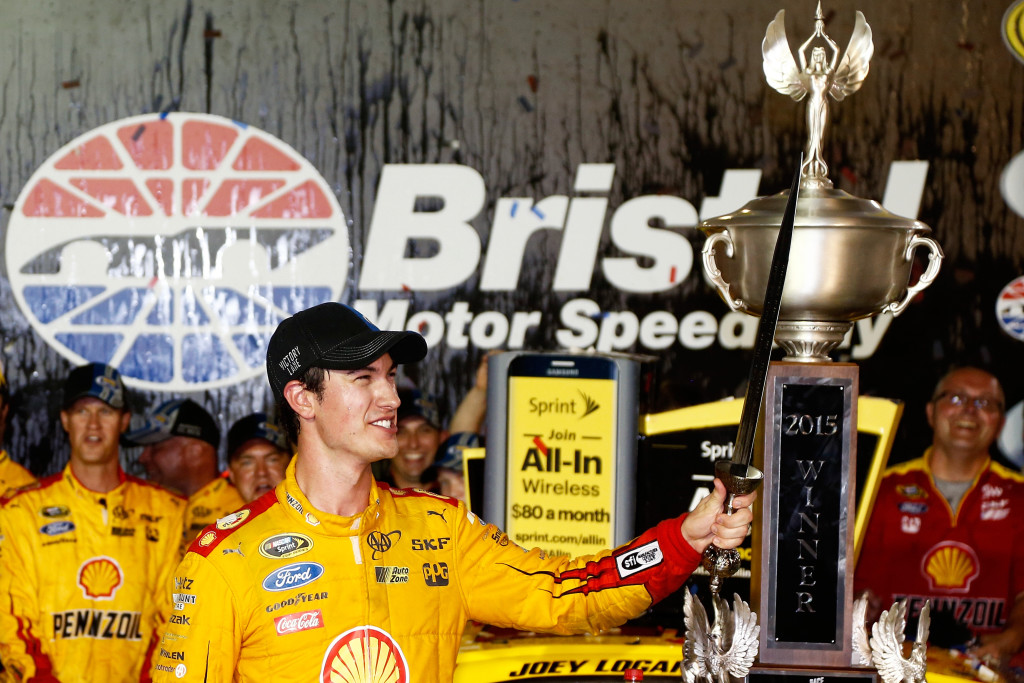