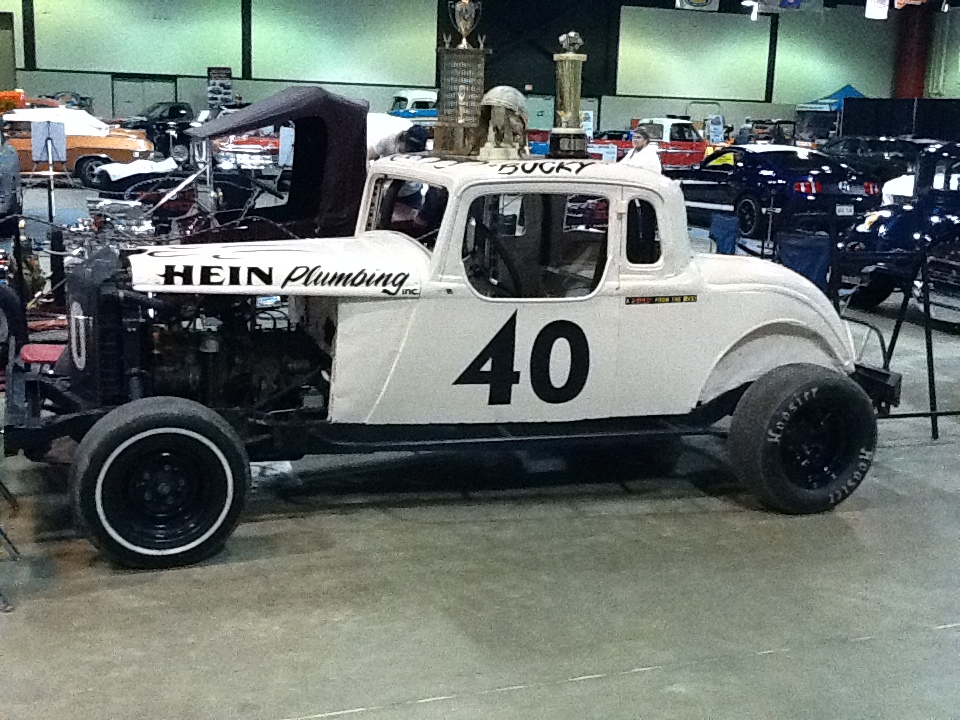 Joe Verdegan’s first book—Life in the Past Lane—is a collection of stories from drivers and promoters involved in stock car racing in Northeast Wisconsin between 1950 and 1980. “I tried to paint a picture of the colorful rivalries that the drivers had back in the old days,” Verdegan recently told Racing Junk.

Verdegan never raced himself, but he worked as an announcer and PR agent for tracks in the Green Bay, Wis., area. He said that his grandfather was a flagman, his mother was a trophy queen and his grandmother was a scorer. His second cousin—Scott Hansen—drove NASCAR truck and won a lot of races.

Joe had been penning a racing column for the Green Bay Press Gazette for 20 years and he decided to put a book together. “No one ever chronicled racing in this area, so I guess I was the guy to do it,” he laughed. “Basically, it’s like every chapter is kind of like its own short story and the drivers talk about how they got into racing, about the rivalries back then and about their histories.”

Many stories found in Life in the Past Lane take place in the ‘50s and ‘60s when racing was very different. “Back then, the biggest thing was that everyone built their own stuff, which was mainly coupes or wing modifieds,” Verdegan pointed out. “There was a lot of ingenuity; everyone knew how to weld and they got real creative. Everyone learned on the fly.”

Verdegan says one of the biggest differences between the past and present is that, years ago, everyone “learned on the fly” because they had to. “Today, with the advent of the Internet, everyone shares knowledge and there aren’t many secrets anymore in terms of technology and set ups,” he suggested. “And today, everyone buys mostly everything; you’re hard pressed to find somebody that builds anything on their own today.”

Some modern racers would agree with the thinking of the older drivers along those lines and some would argue that more building goes on today. Whatever side you’re on, Verdegan’s book is a good read and a great way to understand how things were in the earlier days of local stock car racing.

The author says he is currently one-third through his second book, due out in 2016. Kaukauna: Where the Big One’s Run will tell the story of Wisconsin International Raceway in the town of Kaukauna. In 2017, he plans to write a follow-up to the first book. “It will be like Volume 2 of Life in the Past Lane,” he said. “It will pick up at 1980 and continue to the present time and cover all the changes in area tracks, both dirt, and asphalt.”