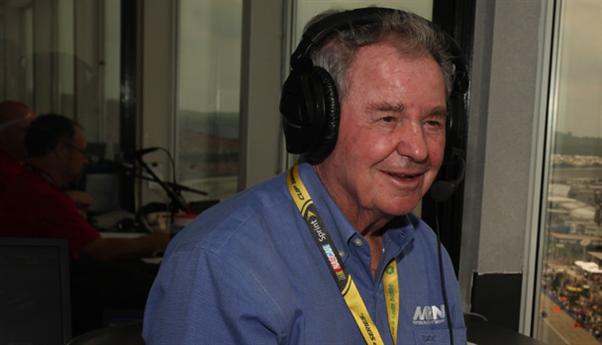 Hall’s career made him recognizable simply by his voice, allowing race fans to fall into the familiar radio waves while listening to him tell the tales of the race track. His voice became well-known and easily identifiable with NASCAR, its fans, and its events.

For over 50 years, Hall was involved in broadcasting stock car racing. He spent many of those years as the lead announcer. His first broadcast was the 1960 Daytona 500, and he became an integral part of MRN’s broadcasts in 1970.

Hall was recognized for his talent as a broadcaster. Along with Ken Squier, he is one of two on the NASCAR Hall of Fame’s highest honor for media – the Squier-Hall Award. The Hall of Fame executive director, Winston Kelley, called Hall “one of the greatest broadcasters ever of any sport.”

“You’re listening to MRN – the Voice of NASCAR.” The network’s tagline applied to Hall and made fans really feel that he was the voice of NASCAR, especially when so many fans followed racing mainly through radio broadcasts in those early days.

“He could paint a picture that would make Picasso or Rembrandt proud and tell a story that would awe Hemingway or Twain,” said Kelley.

Our thoughts go out to Barney Hall’s family and friends during this difficult time.