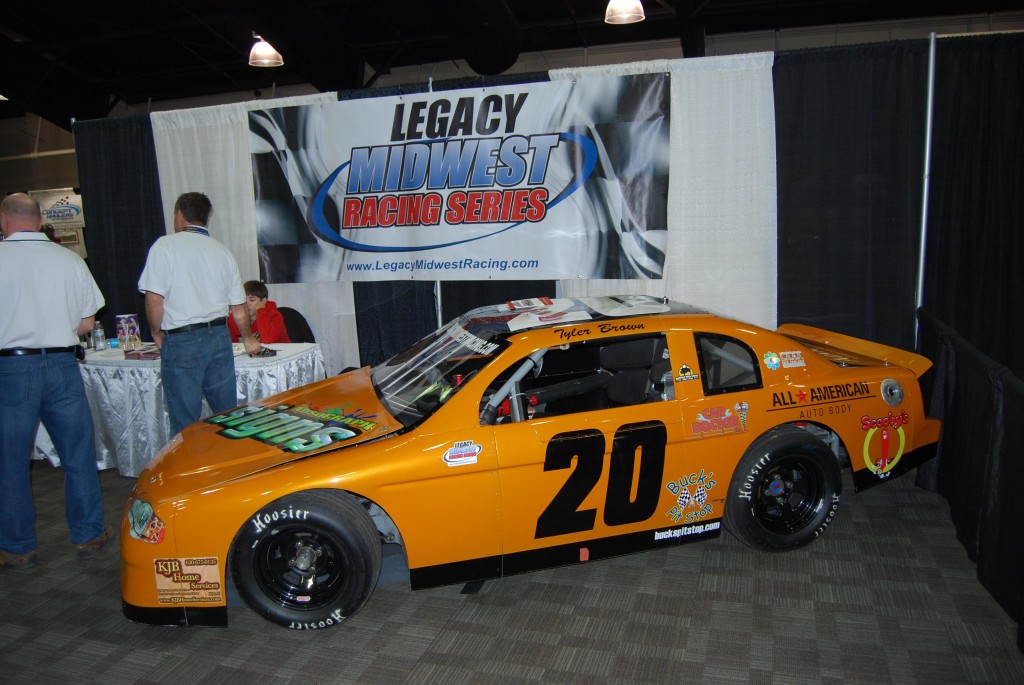 The pint-sized orange-yellow “Monte Carlo”  which caught our eye at the Race & Performance Expo in St. Charles, Ill, turned out to be one of two styles of Legacy racing cars built by the Allison brothers years ago. “We found this one on RacingJunk,” said Kevin Brown, president of Legacy Midwest Racing. “It had been owned by a company called Performance Construction Training in North Carolina and it was never raced. They only used it for promotions at shows like this one and I was lucky enough to make the call first and get it for my son, Tyler.”

Kevin does not race, but says he gets more fun from watching Tyler race than he ever could competing himself. His son has been racing since he was six years old. He is 16 now and hopes to move on to trucks, the late-models and ultimately NASCAR. But Brown points out that Legacy racing is for adults, too. “We get a good mix of drivers of different ages,” he said.

Legacy Midwest Racing oversees the scheduling, administration and officiating of regional races for Allison Legacy racing cars in the Illinois, Wisconsin and Indiana region. The series started about 2-1/2 years ago. Last year, 9 or 10 cars competed with a few of the drivers going on to race trucks and Kevin has “six solid cars” ready to race this season.

The Legacy Midwest Racing Series is one of the most affordable types of racing around today. A race-ready car can be found for as little at $5,000, Brown told us. “A set of tires will last all year and the engines last forever. You can do an engine rebuild about every five years if you want to, but they will pretty much just keep going without major work; they last 250,000 miles in Mazda pickups.”

The cars compete on paved asphalt oval tracks of up to a half-mile, although most races are a third to a quarter mile. The cars will go 80 mph and up to 100 mph on a half-mile track. They occasionally run at road courses. Feature races are typically 12-20 laps in duration and starting fields range from 6-10 cars.

LMRS racing cars are turn-key vehicles. In addition to the scaled down fiberglass Monte Carlo body, a T-Bird body  is also offered. The cars have a full tubular chassis with a sealed Mazda B-2200 truck engine. Features of the LMRS package include a Weber carb, a 5-speed gearbox, rack-and-pinion steering and a quick-change rear end. The cars ride an 80-in. wheelbase and are 12 ft. 6 in. long, 42 in. high and 60 in. wide. Hoosier racing tires are mounted on 13 x 7-in. steel wheels. Brown says to make sure the engine is sealed if you buy a car. 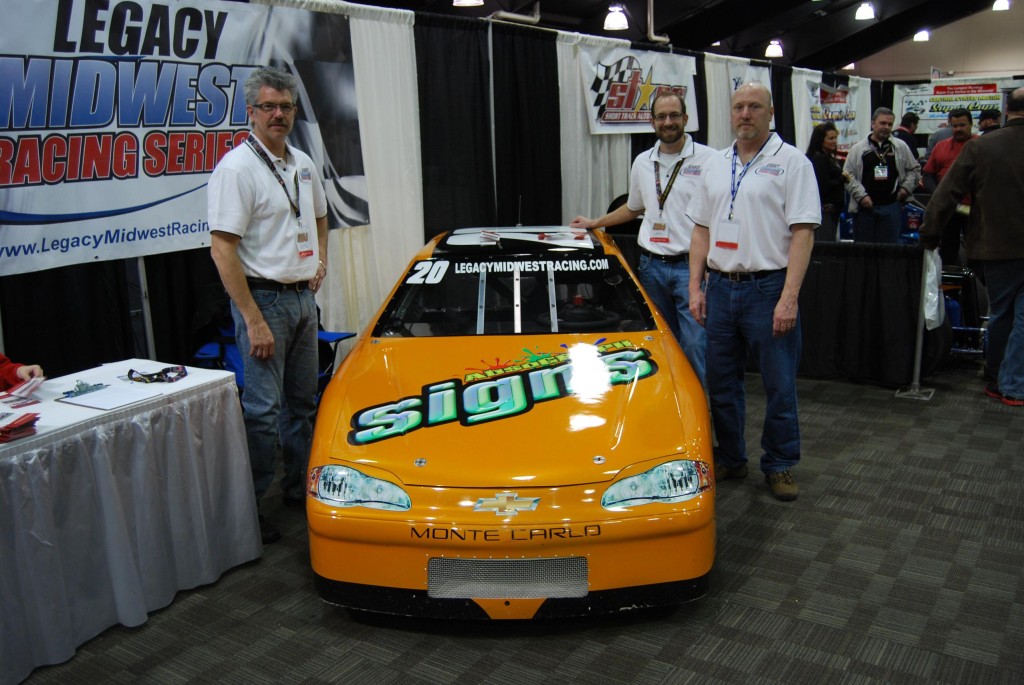