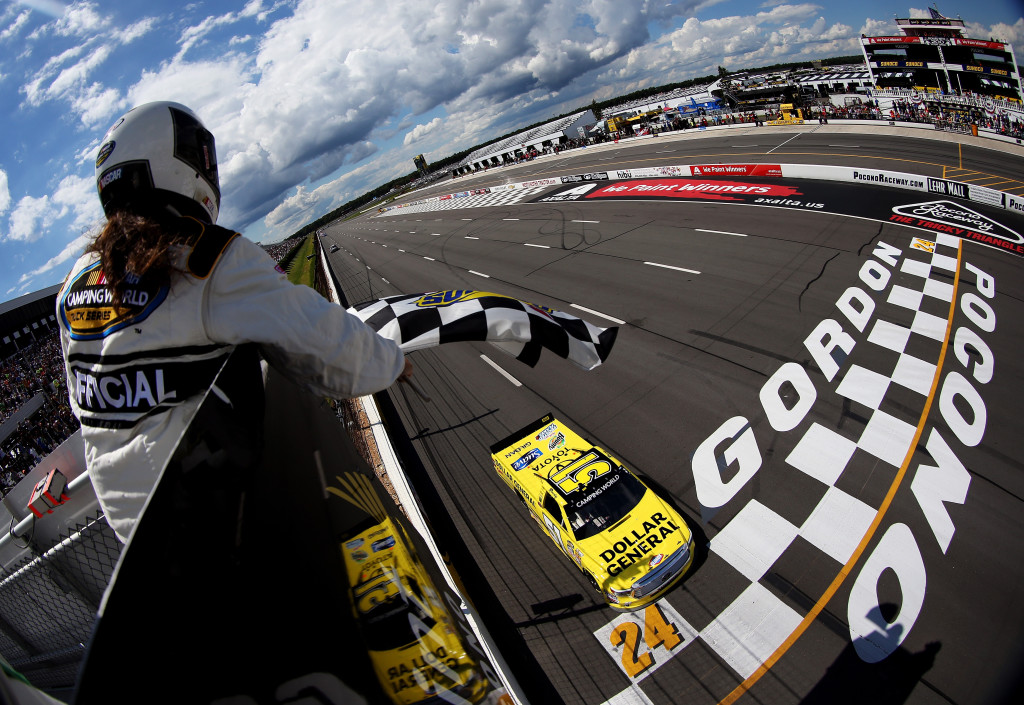 All photos courtesy of NASCAR.

Busch’s last G-W-C two-lap sprint had rookie Cameron Hayley on his inside with Austin Dillon third and Kevin Harvick, who had fresher tires and fuel, in fourth right behind Busch in the final double-file restart.  The moment the green flag waved, Busch took off, bringing Harvick with him and leaving the rest of the field jostling for positions.

It was Busch’s 43rd NCWTS win leading 53 of the 69 laps run, nine more than the scheduled distance with the three restarts. 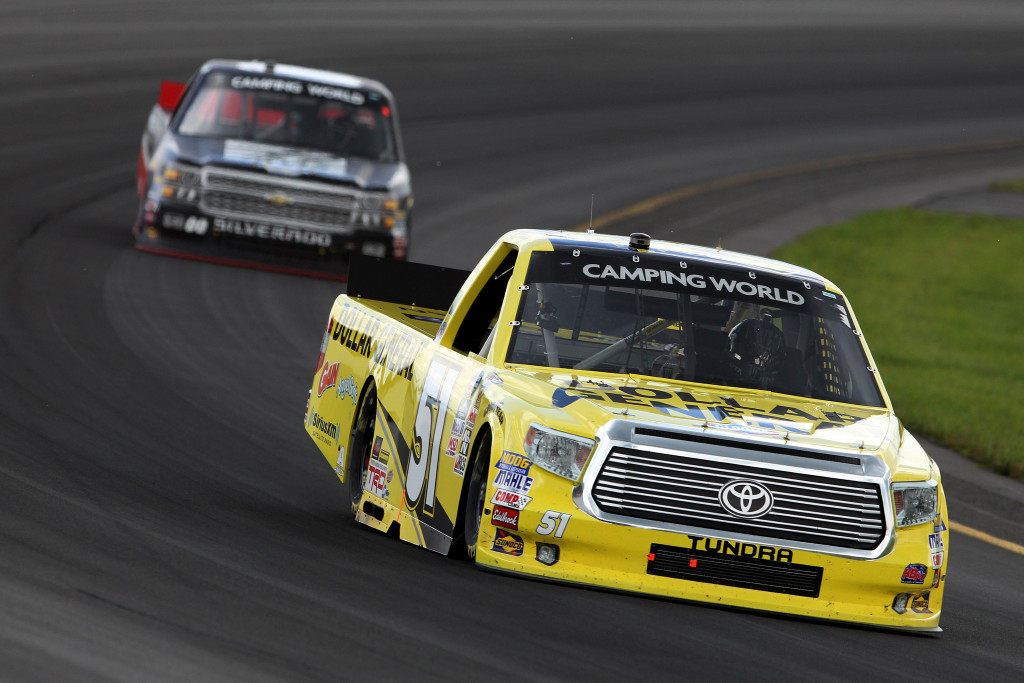 It took only six laps into the race for controversy to brew when then points leader Matt Crafton directed heated words back in the garage  at Brad Keselowski after the two tangled coming off the tunnel turn.  Kevin Harvick, setting up the pass, dove to the inside under Crafton and when the No. 88 truck moved up, made contact with Keselowski on his outside taking both teams out of contention.

Crafton making accusations that owner/driver Keselowski and his truck teammate, Tyler Reddick, who is battling Crafton in the points, may have might have done something on purpose.

“I guess maybe he wants to win a championship with that 19 truck (Reddick),” Crafton said, making his repairs.  “That’s your Cup champion?  That’s pretty much an idiot.”

Of course, Keselowski scoffed off those comments and reiterated his professional status.

“I don’t know if I came down (the track) or he came up,” Keselowski said.  “It’s unfortunate… These trucks are expensive, and they cost a lot to fix.  I feel badly for Matt and his team, but I don’t really know what I could have done differently.”

Both trucks smacked the outside wall and after repairs, Crafton finished 28th, 56 laps in arrears.

As for Kyle Busch, the victory was his first at Pocono in any series, and it marked the 10th straight year he has won at least one race in each of NASCAR’s top three touring series.

“It’s great to win and put Toyota in Victory Lane,” Busch said. “It’s my first Pocono win as well, so that was cool.”

Busch was happy he got to watch the last few restarts in his rear view mirror, rather than through his windshield.

“They weren’t too bad from my seat, but it looked like, beyond me, it was crazy back there,” Busch said. “I’m glad we were in a really good position.”

Tyler Reddick leaves Pocono with an 11-point lead over Crafton after the completion of 12 of 23 races in the NCWTS points standings.  Polesitter Erik Jones, who battled Busch, his team owner, for most of the afternoon but was the victim of late contact that caused the fourth of five cautions, rallied to finish 10th and is third in the standings, 16 points behind Reddick.

The average speed of the Pocono Mountains 150 was 119.607 mph slowed by five caution flags for 16 laps including three yellow periods in the last 10 laps leading to the three Green-White-Checker attempts.  In addition, there were four lead changes among four drivers.

Up next for the NASCAR Camping World Truck series will be in two weeks at the Michigan International Speedway for the running of the Careers for Veterans 200 presented by Cooper Standard and Brad Keselowski’s Checkered Flag Foundation on Fox Sports 1 with a 1 p.m. start. 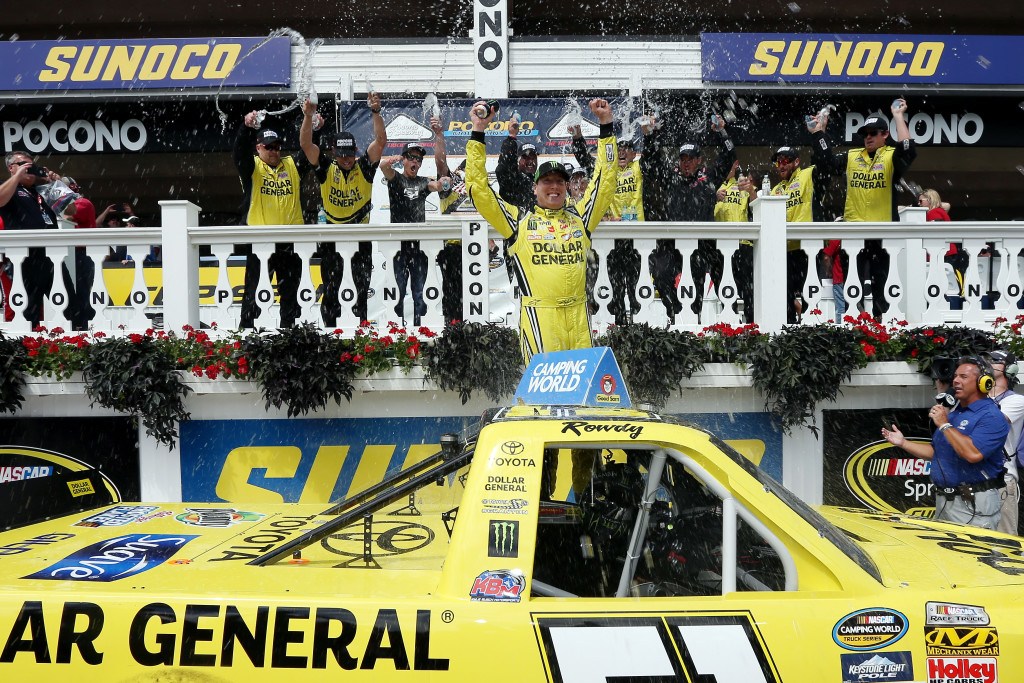