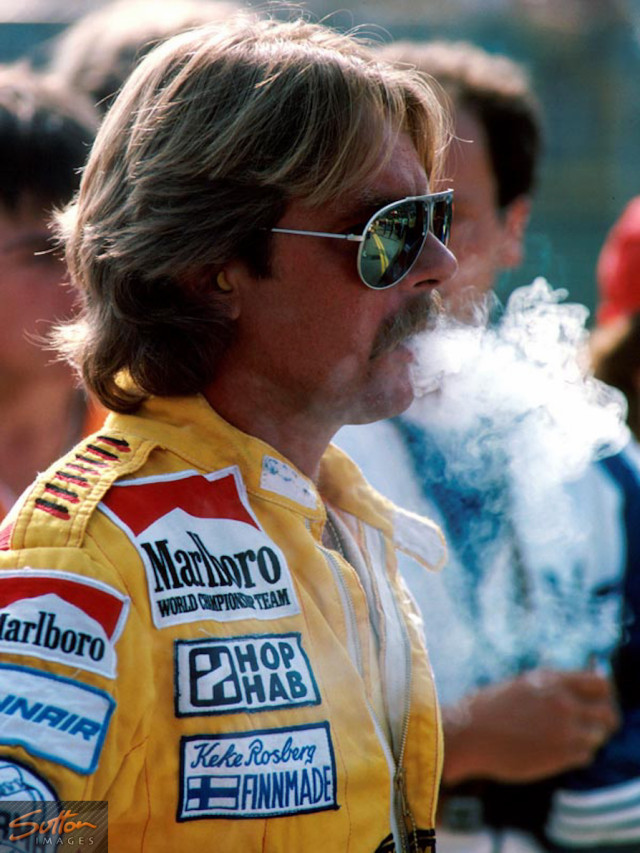 Keke Rosberg was one of the last heroic drivers in Formula One: supremely fast, brave, and with a superhuman level of car control that could leave spectators shaking their heads as he flew by with all four wheels drifting. Coming from a successful career in Finnish karting, Rosberg not only showed that the need to excel was strong in Finland, effectively opening the door for Finnish racers in the top-tier of motorsport, he also showed that a little bit of oversteer wasn’t a foolish or short-sighted thing to enjoy. The chain-smoking, mustachioed Finn had an air of charisma that is disappointingly absent from the current lineup, and has been for far too long.

His start was not a conventional route into racing – hoping to one day make enough money to race as a hobby. His ambitions to become a dentist fell by the wayside when he became successful enough in Formula Atlantic to make a comfortable living. He relied on what he called his “bread and butter theory: the bread from racing, the butter from elsewhere.” He used endorsements and showings to make additional money on the side, and cumulatively, he made enough to buy several houses and a Lear jet before his 33rd birthday.

But he had still remained an also-ran up until this point, if a well-paid one, since his prior five years at the top had been spent with the Wolf, Theodore, and ATS teams – none of which stood a chance to win the championship. His ability was well respected, especially after winning a non-championship BDRC event against some of the best at a rain-soaked Silverstone. Rosberg signed for Williams in 1982, after Alan Jones spontaneously retired and left the team scrambling for a new driver. Interestingly, for someone known as the archetypal hard-charger, Rosberg’s Championship year was won on consistency, not streaking victories.

However, the 1982 Williams FW08 was not the class of the field. In 1982, it was clear turbochargers were the way forward, and Williams was one of the few front-running teams to lack a force-fed engine. The Ford DFY outputting roughly 150 horses shy of the turbocharged opposition, Rosberg had to hustle the car every lap. His ability to grab a Formula One car by the scruff of its neck is the stuff of legend, but it was was only part of his repertoire.

While known for his sublime command of a racing car in the wet, Rosberg was also superlative on cold tires, and unbeknownst to some, had a developed head for someone so used to driving flat-out all the time. Rosberg could control the pace, and was not the type to make many mistakes. This, coupled with a level of bravery bordering on suicidal, kept Rosberg in contention with the turbos the following year. By 1983, they were dominant, and Rosberg was willing to put it on the line everywhere: “I was probably the fastest I’d ever been in my career. I just refused to accept that anybody could beat me and to stay with the turbos I was prepared to take massive risks.”

Braking late, pitching the car in sideways, bouncing off the curbs, and riding a writhing tail-end appeared comfortable to the cocky Finn, whose aviator sunglasses, Rothman’s cigarettes and eye-catching jewelry complemented a dramatic driving style. His charisma behind the wheel was infectious to observers, who dubbed him the “King of the Atmospherics” for his high-speed drifts and audacious overtakes.

His 160 MPH qualifying lap at Silverstone 1985 was the fastest in F1 history for some time, and it showed that Rosberg could handle the 1,000+ horsepower offered by the new, turbocharged Honda engine in his FW10. Rosberg challenged for the lead many times that season, but his aggressive approach could limit his race pace with the excessive power and emphasis on fuel consumption then. Nevertheless, on dusty street courses or in inclement weather, Rosberg was still untouchable.

He finished his career with McLaren, whose car had been designed for the circumspect, smooth-driving Alain Prost. Rosberg, a self-described “cocky bastard,” also had issues with some of the members there, most notably John Barnard. The technical director instructed Rosberg to take the first few laps in the McLaren MP4-2 slowly, to which Rosberg shrugged his shoulders and donned his helmet. The Finn went on to take the first laps flat-out, and promptly crashed the car on the second lap, thereby rendering communication within the team somewhat more difficult.

Never getting the understeer-prone car to suit his tail-out style, Rosberg failed to shine with McLaren except at his last race, Adelaide 1986, where the car had finally been suited for his style and he led, only to suffer from a blown tire on the last lap. A number of events had directed Robserg towards retirement, including his aggressive driving style – he had simply scared himself one too many times to continue at that level.

Rosberg promptly retired, primarily spurred on by the death of his friend, Elio de Angelis, in a testing incident that year at Paul Ricard. Though he later regretted what he considered a premature departure from the sport, he became a crucial part of Peugeot’s sportscar efforts in the early ’90s, winning twice with the French marque before moving onto DTM, where he remained a constant threat well into his forties. Rosberg’s business savvy saw him look after the careers of fellow Finns JJ Letho and Mika Hakkinen, and effectively open the door for his compatriots to enter the prestigious world of Formula One. Since then, Finland has produced some stunning racing drivers, all with that odd mix of irreverence, daring, directness, and superlative car control, but none ever wore a mustache as well as Rosberg. 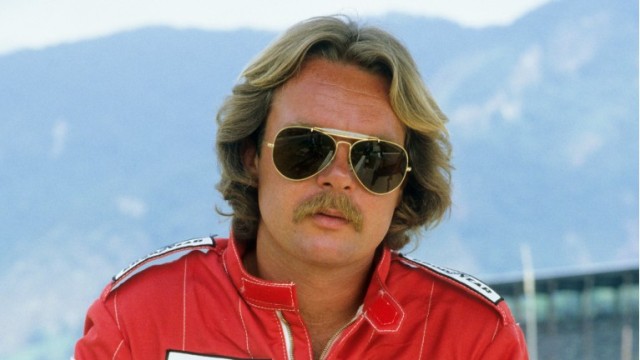