Drivers in both the XFINITY and Monster Energy NASCAR Cup Series headed to the Lone Star State this weekend to battle the newly repaved and reconfigured Texas Motor Speedway. 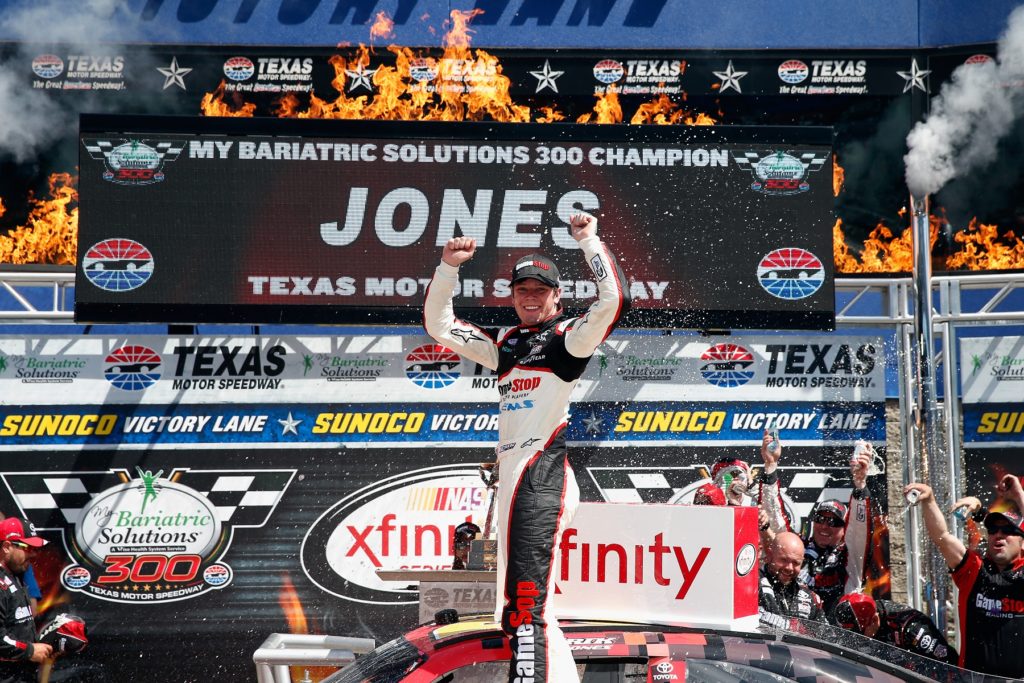 Despite changes to the 1.5-mile speedway, the No. 20 of Joe Gibbs driver Erik Jones picked up his second XFINITY Series victory of his career at Texas Motor Speedway.

As in many of the secondary series races this season, the Monster Energy NASCAR Cup Series drivers who decided to participate in this race dominated the start of this race. This included a driver who can’t seem to find a way to keep his name from the headlines this season. With a lap time of 28.013 seconds at 192.768 MPH, Joey Logano picked up his second pole of the 2017 NASCAR XFINITY season. However, though he led the field to the wave of the green flag, Logano wouldn’t have what it takes to pull off the win. Instead, Jones would take off to lead 112 laps of this 200-lap race. 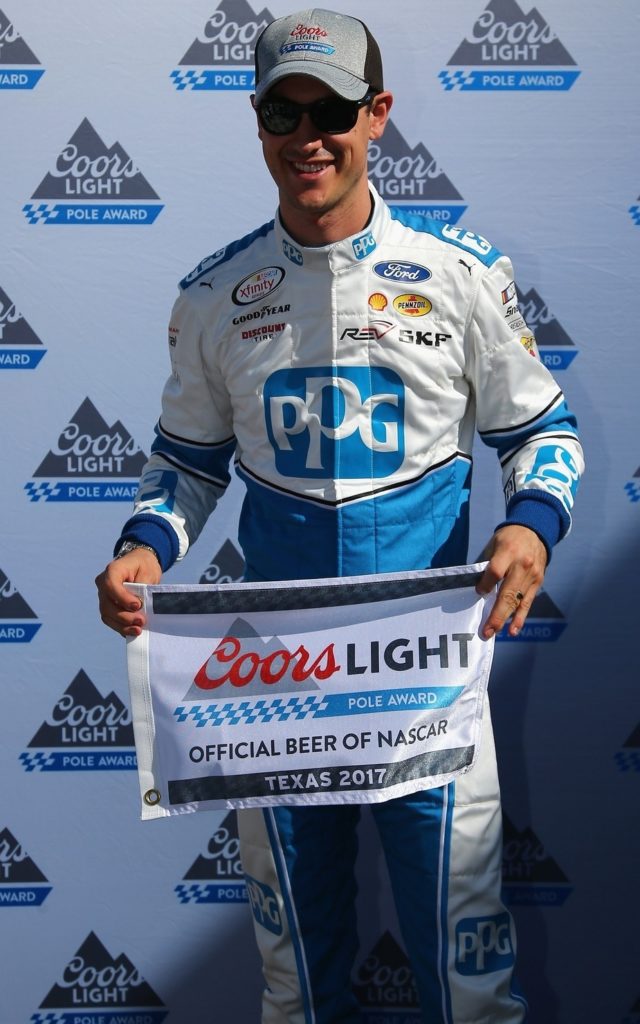 If it wasn’t for the need to join his fellow Monster Energy NASCAR Cup Series drivers for a pit stop after Garrett Smithley’s spin in Turn 2 brought out the fifth caution around Lap 84, Jones would have taken the checkers in all three stages of this race. Despite losing the Stage 2 win to the No. 9 of William Byron, Jones would once again regain his stride during the final stage of this race where he would battle it out with the No. 22 of Ryan Blaney for the win. 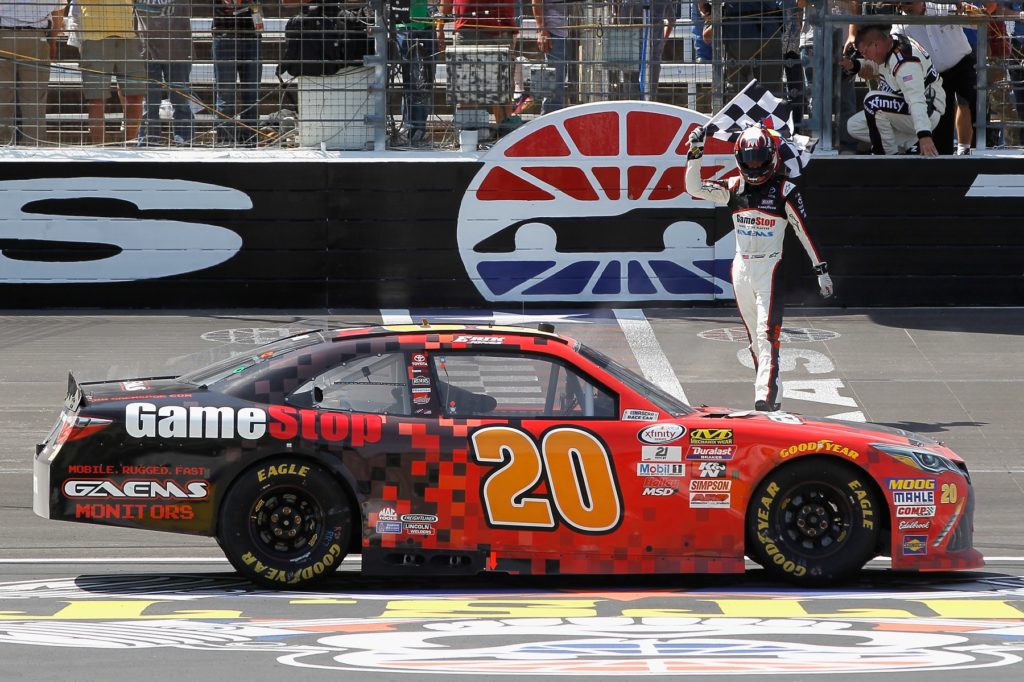 “I tiptoed a lot there in the segments and ended up letting the No. 22 of Blaney catch and pass us, but then I was just super aggressive the whole time in traffic just trying to make passes as quick as I could and get as many cars between myself and Ryan, and it paid off,” Jones said. 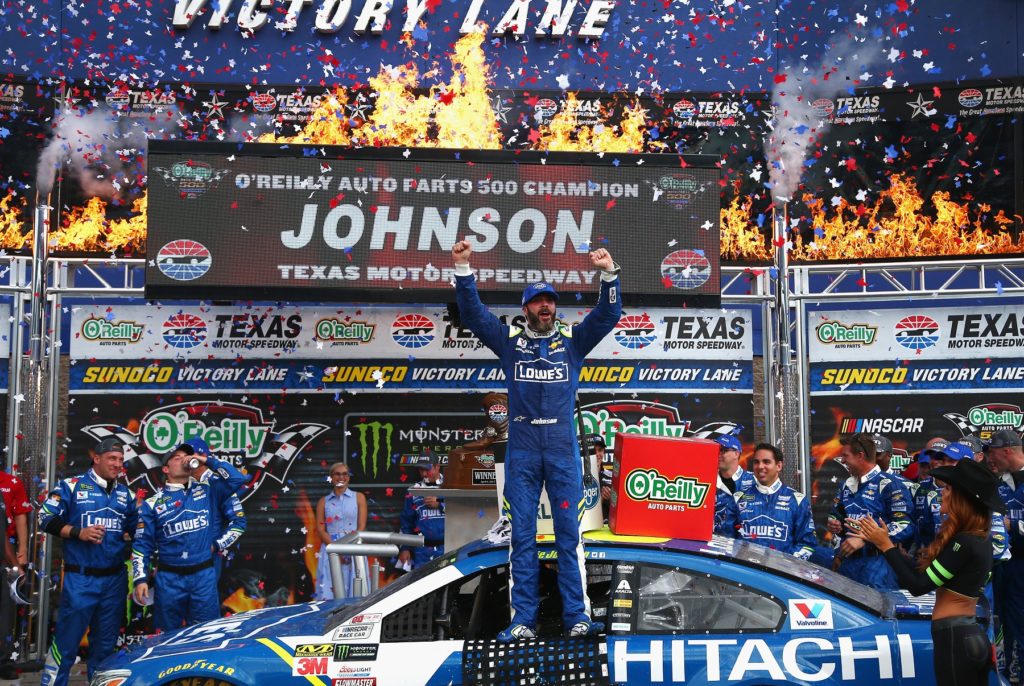 Following Saturday’s on-track action, drivers from the Monster Energy NASCAR Cup Series took to the track that crew chief Chad Knaus called racier than most. Led to the drop of the green flag by the No. 4 of Kevin Harvick, it wouldn’t be long before a young gun would prove that he could take on any challenge this repaved track had to throw at him.

The No. 21 of Ryan Blaney would quickly take the lead and pick up wins in both Stage 1 and Stage 2 of the O’Reilly Auto Parts 500. After leading 148 of the 334 laps, Blaney would begin to find trouble as the laps wound down in this race. This opened a window for seven-time Monster Energy NASCAR Cup Series Champion Jimmie Johnson to take over the lead. After battling with the No. 22 of Joey Logano for the race lead on lap 318 of 334, Johnson would pull away for his first victory of the season and seventh win at Texas Motor Speedway.

“What a tough track and tough conditions,” said Johnson. “We were really in our wheelhouse and we were just able to execute all day.”

Although he had every reason to celebrate, Johnson wouldn’t spend long in Victory Lane before taking a trip to the Infield Care Center. Thanks to a malfunction in his fluid delivery system, Johnson was forced to withstand the heat without proper fluids.

“Oh, it was hot in there,” Johnson said. “I got cooked in the car today. I didn’t have any fluids, so I was not feeling the best, but we got into Victory Lane. I’m so proud of the fight in this race team and I can’t wait to celebrate during this off-weekend with my family and friends and really enjoy this.”

While we will all take a step back next week during the Easter holiday, both the Monster Energy NASCAR Cup Series and the XFINITY Series will head to the high banks of Bristol Motor Speedway in the next two weeks. Stay tuned to RacingJunk.com for all the latest details.