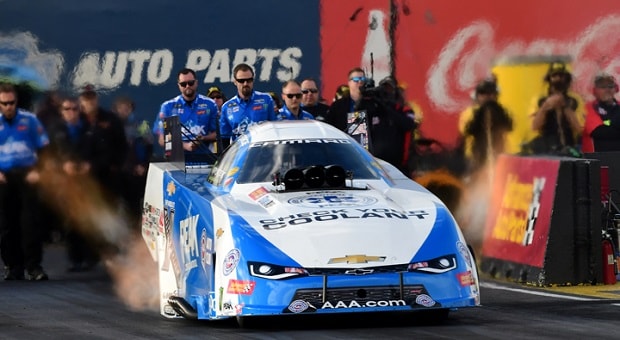 Sunday was not the first time John Force has crashed. It would take more fingers and toes than any one of us has to count his collisions. This one was simply the most recent time Force has been inundated with the fire and fury of an erupting racecar’s engine as it exploded and sent him gyrating around the top end of a dragstrip, in this case Wild Horse Pass Motorsports Park outside Phoenix, Ariz.

Force’s wild ride in Sunday’s quarter-finals race was similar to what occurred to daughter Brittany’s Monster Energy Top Fuel racecar in Pomona two weeks earlier, and similar to his own explosion in Friday qualifying at Pomona, and at Phoenix. Working with his youthful crew chiefs, Jon Schaffer and Jason McCulloch, Force has experienced more boomers than just about anyone this year. 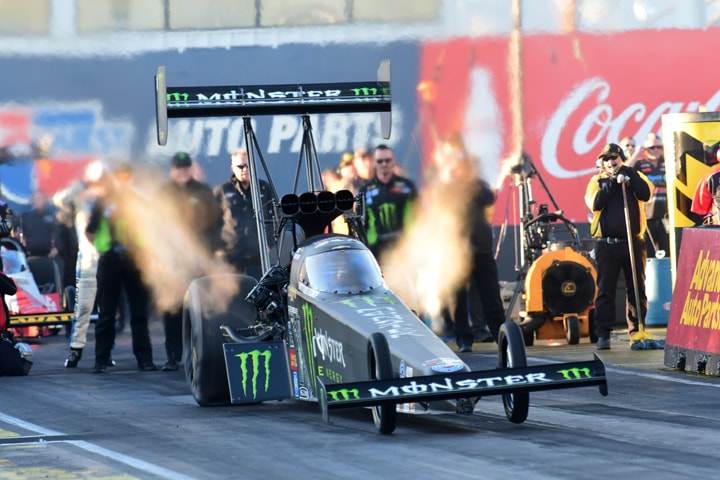 There were some changes made for the Funny Car category between 2017 and 2018 – significantly, setting a new minimum for a header angle of 40 degrees, while NHRA decided to saddle the floppers with the same rev limiter as is employed in Top Fuel: 7900 rpm. (No doubt Robert Hight’s near-240-mph run at Sonoma last summer brought about the latter thought process.) These changes have caused some racers to make wholesale changes to their setups, but most everyone is making it down the 1,000-foot dragstrip without too much drama.

Not so for the family Force. That 68-year-old John Force survived this explosion and resulting crash certainly gives credence to the chassis adjustments brought about through the scientific study by Eric Medlen’s father John, who immediately dedicated himself to the adoption of safer and better Funny Car chassis after his son’s death in Gainesville testing in 2007. After John Force nearly lost his life at Dallas later that year, safety became more than just a subject people wanted to talk about; it became essential to NHRA’s survival.

Sure, the series’ vaunted Safety Safari has been essential in its quick retrieval of accident victims and their equipment, saving lives, stopping wholesale injuries, rescuing cars and keeping the tracks in prime racing conditions. That the Safari were on-site before any car stops – as they have been for every instance witnessed this year – should tell both racers and fans that NHRA is doing all it can to stop these implosions from having greater effect. 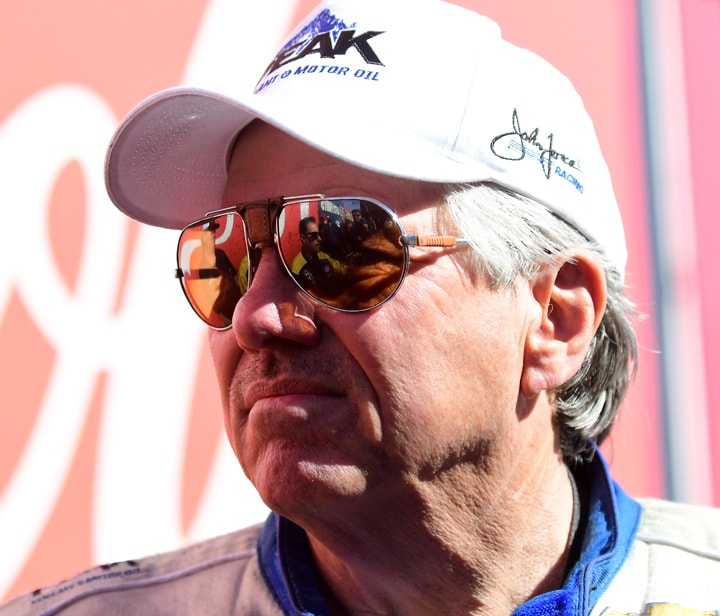 John Force doesn’t know much more than driving a Funny Car. It’s been his life for nearly the man’s entire adulthood. He relishes the competition, the adrenaline, the thrill of wheeling a 10-11,000-horsepower monster of a vehicle in a straight line as quickly as he can. “I love driving these Funny Cars,” he told NHRA two days after his accident. “You’ve got to react to what the cars do and cut a light out there.

“I know this is hard on [wife] Laurie, but she knows the drill with me. Since we build Jim Head’s cars, we’ll be building another front-half for Jonnie Lindberg,” whom he impacted in the second-round contest after his blower exploded and sent Force on his wild ride. Because Force, admittedly, was knocked unconscious during the ride (even though he appeared to be steering the car in photos posted by USA Today’s Mark Rebilas), he has to undergo concussion protocol and will be tested by NHRA prior to the third race of the year in Gainesville, the 49th annual Amalie Motor Oil Gatornationals.

The John Force Racing team has had an opportunity to figure out what went wrong. The driver definitely believes “We have a gremlin in our cockpit. We have been pulling main studs and we are looking at the bolts, looking at the studs and how we cap them. We came to the conclusion the issue is with the threads on the block. We had an automatic shutoff that my guy on the starting line activated and it didn’t shut the car off. We are going to address that and make sure this thing is working properly,” he said.

At least there are three weeks before Gainesville. That should give John Force sufficient time to try and fix what caused the implosion, to have his car repaired (and Brittany’s and Jonnie Lindberg’s), to get the “brain trust” he’s put together, led by the estimable Jimmy Prock, working on cutting laps without having any one of John Force Racing’s four drivers (John, Brittany, Courtney Force and Robert Hight) being cut out of their cars after an explosion. 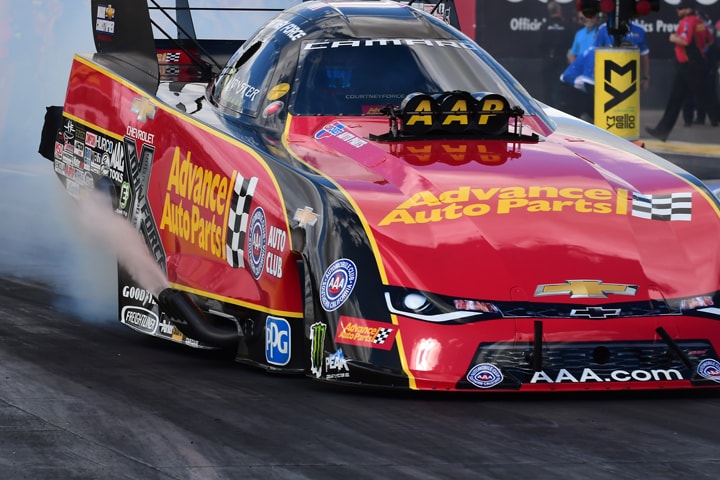 Some will say he’s used up his nine lives, but this 148-time national event winner and 16-time champion isn’t showing the usual and customary signs of slowing down anytime soon. Is he too old to be wheeling a Funny Car? (Heck, is the Greek, Chris Karamesines, at 86 too old to run Top Fuel?) Has he lost his touch? It really doesn’t matter what any one of us thinks: John Force will decide if and when he’s done wheeling the race car. I doubt it’ll happen anytime soon.