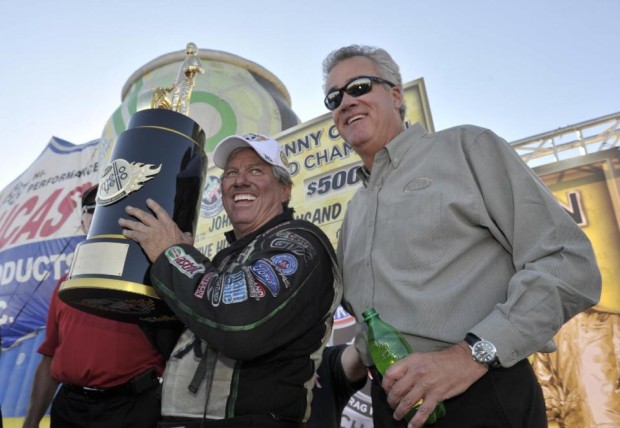 While John Force hasn’t been the same unstoppable force that he has been in past years, the NHRA legend put together a string of back to back to back wins that allowed him to clinch the 2013 Mello Yello Drag Racing Series Funny Car championship ahead of the final event of the season. Force lost in the finals of the last race of the 2013 season to championship runner-up Matt Hagan but having come into the Auto Club NHRA Finals 152 points ahead of Hagan, the outcome of the last event of the season made no real difference to Force or his team. In total, John Force pulled down three wins and two runner-up positions in the six events designated as the Countdown to the Championship after winning just one event during the first 18 “regular” races of the 2013 season. 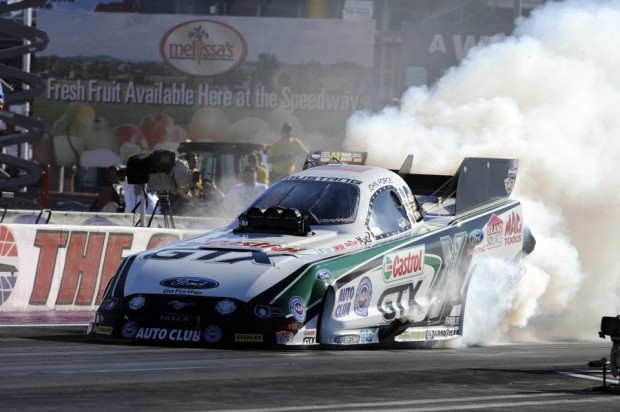 At the end of the 2013 Funny Car season, John Force has not entered 619 events and he has taken the top spot in his class 138 times – accounting for a winning percentage of 23%. In other words, since John Force entered the NHRA back in 1978, he has won 1 out of every 4 Funny Car finals and that is mighty impressive. Also, during the course of those 619 events, Force has recorded an incredible 1,505 round wins while losing just 971 times.