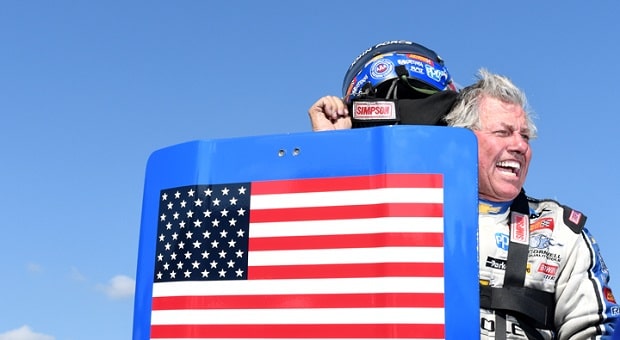 The bombast you expect from John Force when he meets up with a microphone? Well, that was pretty much missing in his post-race expoundings. It was replaced by a somewhat serious Force talking about his past, his present and what he knows is coming in the future.

No, he’s not quitting, but the now 151-time NHRA Funny Car winner, who erupted from his PEAK Antifreeze Chevrolet Camaro SS flopper after outgunning Jack Beckman on Labor Day Monday, had one thing to say to people of his age group (he’s 70 now): “Get off the couch and do something!” He’s tired of hearing people say they can’t do this or that as they get older; if he can drive and win in an 11,000-horsepower Funny Car, what’s holding back others from doing what they love?

He expounded on that fact after coming to the media center, always stating he wasn’t leaving now, but that he should have called it quits 20 years ago. He has pain, depression and maladies he’s not about to discuss, but his addiction to and love for the sport of drag racing is what keeps him going. “I live in the gym,” said the 16-time champion, who could add a 17th national title by the time the Mello Yello tour reaches the season finale in November.

“When do you walk out the door?” Force rhetorically asked himself. “Someday I’ve got to go out that door.” There are no longterm goals other than the continuing success of John Force Racing, which is in the capable hands of son-in-law Robert Hight – Force’s primary combatant for the near-term goal of that 17th championship – and he had the short-term goal of winning another race at Indy and adding to that total. Now he’s got five wins at the Big Go. Does John Force hang it up? 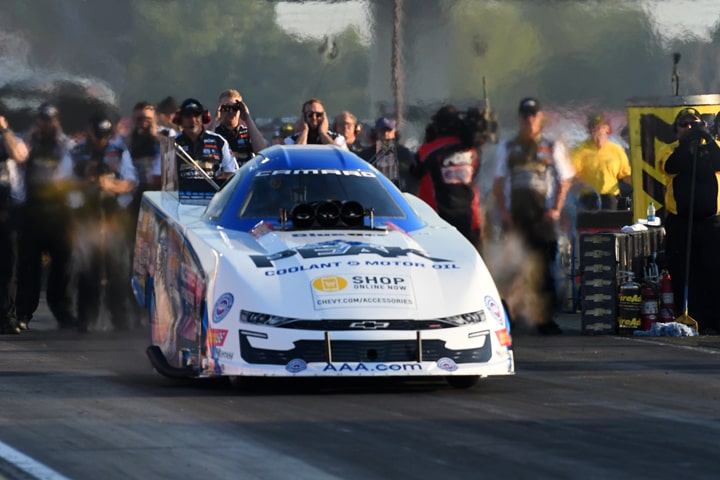 Force was told, after a bone-crunching accident at Texas Motorplex in the fall of 2007, that he’d never walk again, much less drive a race car. He returned the following year and has been proving physicians wrong every day, every week, every year since that time. Fiery engine explosions don’t stop John Force; it seems nothing can stop him. It’s that passion keeping John Force rumbling onward to one accomplishment after another.

Even the 17-year wait for a Chevrolet Performance U.S. Nationals Wally winner’s trophy didn’t get him down; he knew he could accomplish this feat despite his fears and his insecurities. Everyone has them; hardly anyone talks about them – but John Force talks about the challenges of getting older, even as he continues to outshine all the great, young talent in his chosen Funny Car class.

In 2007, Wally Parks died the same week that John Force had his horrendous accident. I said it then and I say it now: God wasn’t ready to welcome John Force. Neither is retirement ready for John Force. He still has so much to accomplish. 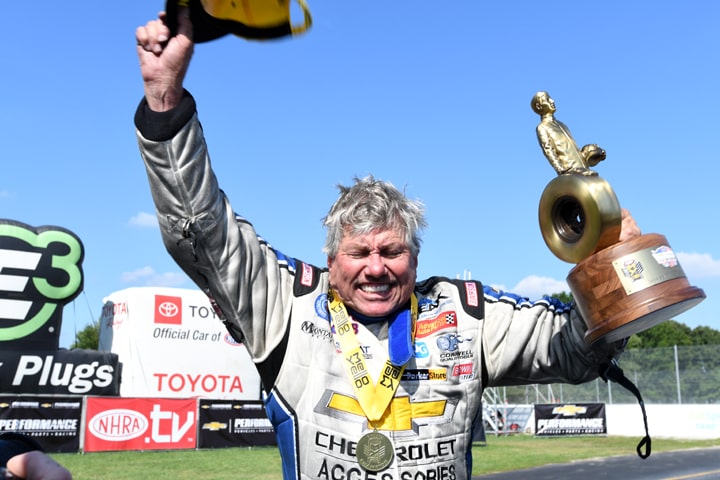 2 Comments on John Force Still Has Much to Accomplish