John Force Racing was at the forefront of everyone’s mind again this weekend at the second event of the 2018 NHRA Mello Yello Drag Racing Series as Courtney Force beat out several decorated drivers to race her way to her first NHRA Arizona Nationals Funny Car victory and John Force walked away from a terrifying crash during the elimination rounds. 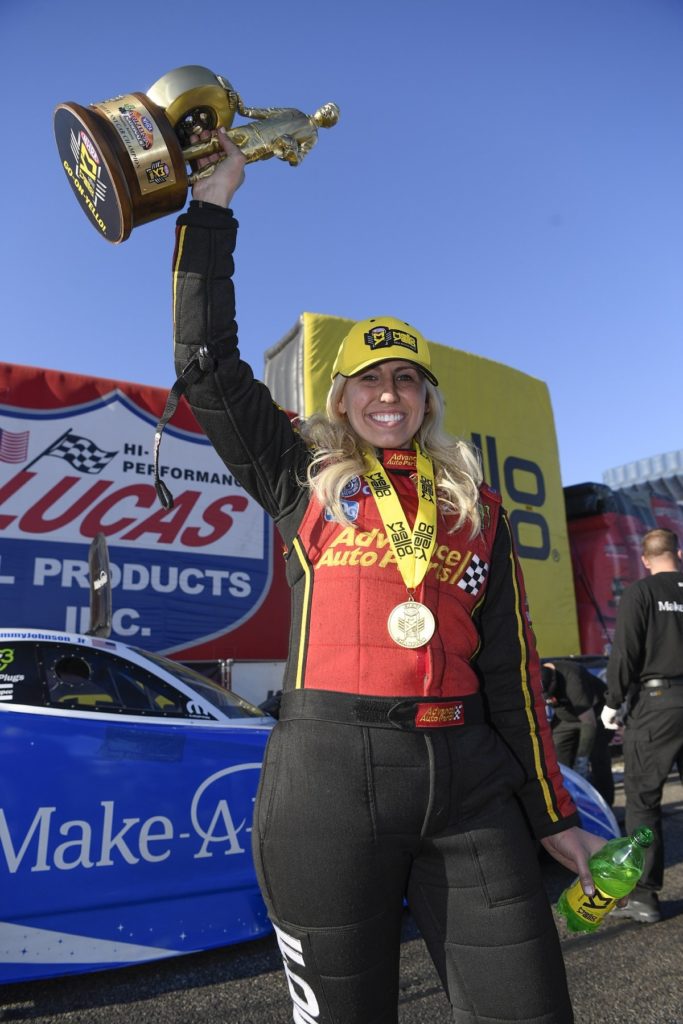 Although her famous father saw his hopes for his first win of the 2018 season go up in smoke during the second round of eliminations on Sunday, the youngest Force daughter, Courtney, took down some of the hardest working Funny Car veterans to earn her first win since 2016.

After setting both ends of the track record on Saturday, Courtney Force took down Del Worsham and Matt Hagan before a solo pass in the semifinals led her to the final round against Tommy Johnson, Jr. Despite Johnson overcoming defending Funny Car world champion Robert Hight en route to his first final round, Force’s run of 3.834-seconds at 337.16 MPH gave the newest successful Force her first victory since Houston in 2016.

“I had the utmost confidence in my Advance Auto Parts Chevy Camaro because of the work that my team put into it,” said Force. “So, to get a victory at this race and take home a Wally at the end of the weekend was pretty incredible.”

While the John Force Racing team had reason to celebrate following Sunday’s Funny Car finals, the second round of Sunday’s eliminations ended in carnage for the team’s fearless leader. As he approached the finish against Jonnie Lindberg, the engine in John Force’s Peak Chevrolet Camaro SS gave way, causing the driver to collide with the retaining wall as well as the competition. Despite the frightening ordeal, Force was responsive and was released from the hospital on Monday. 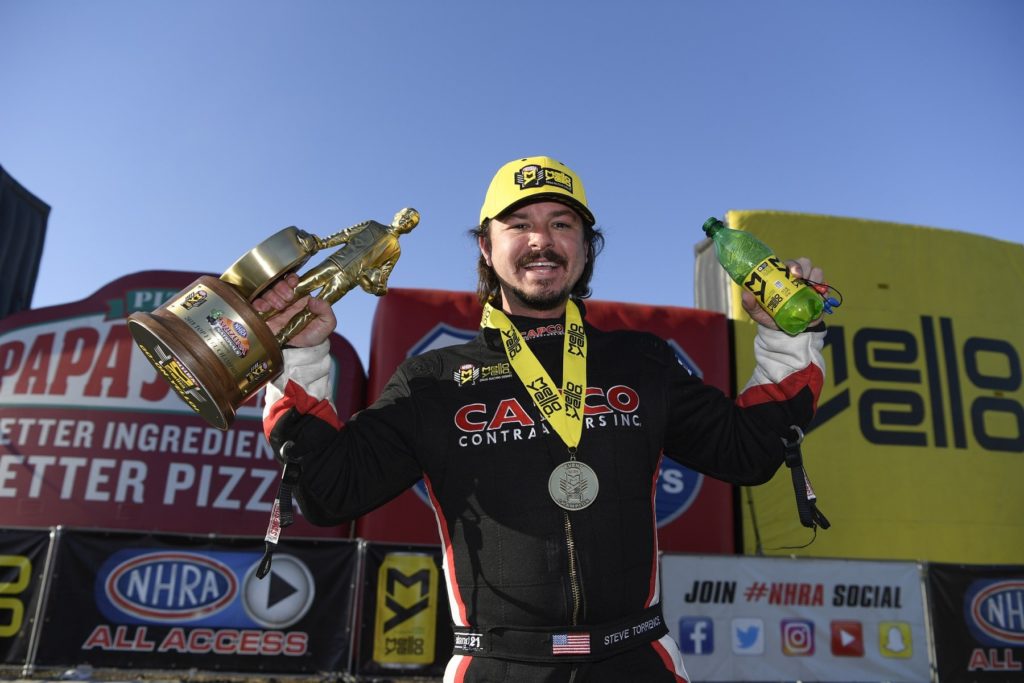 After missing out on the 2017 Top Fuel Championship, Steve Torrence found his way back onto the victory podium in Arizona. Kicking off the weekend at Wild Horse Pass Motorsports Park with a second-place qualifying position, Torrence continued his successful weekend by defeating Steve Chrisman, Blake Alexander and even his father, Billy Torrence, on his path to Sunday’s final elimination round. After locking down a career-best eight victories last season, the Torrence Racing driver grabbed his first victory of 2018 as well as his first win in Phoenix.

“It was a heck of a weekend with some pretty good races,” said Torrence. “The race against my dad is one that ranks up there as a high note that I will remember the rest of my career, though.”

Despite this victory, the first victorious driver of the 2018 season, Doug Kalitta, continues to lead the Top Fuel point standings. 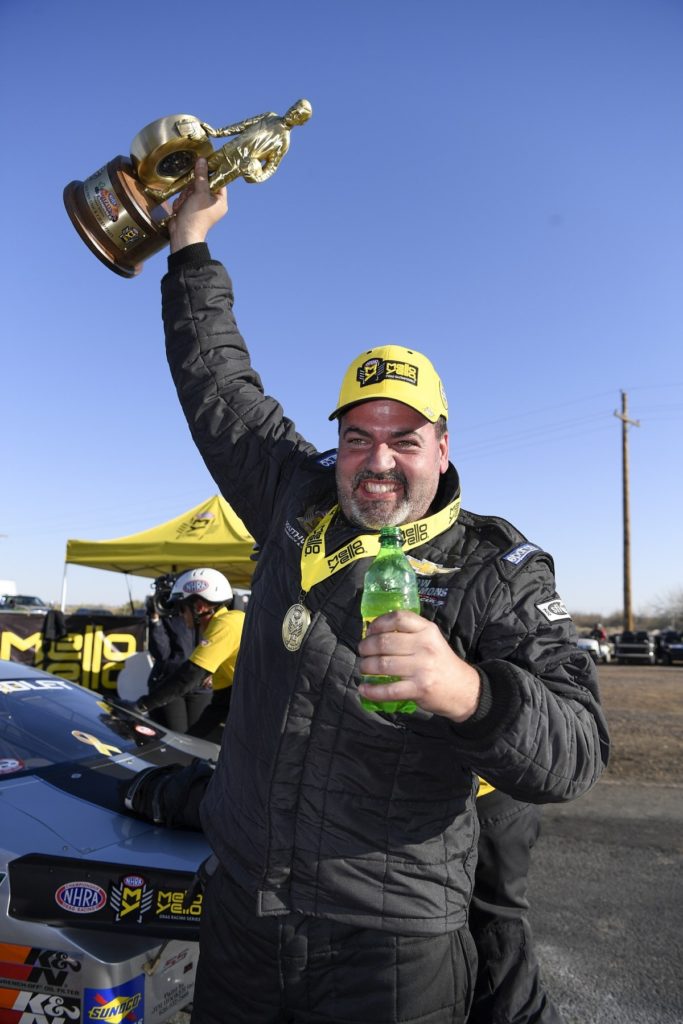 For the first time since winning the Four-Wide Nationals last season, Pro Stock driver Chris McGaha also drove to the winner’s circle in Arizona. After qualifying seventh, McGaha took down Tanner Gray, Erica Enders and Alex Laughlin before moving to the final round against KB Racing young gun Jason Line.

With an impressive pass of 6.529-seconds at 211.59 MPH in his Harlow Sammons Chevrolet Camaro, McGaha secured his sixth career victory.

“It is really satisfying to do this as a one car team,” said McGaha. “We picked up some power during the offseason, but when we went to No. 1 during the first round of qualifying we knew that we had something that could compete.”

Despite his impressive win, McGaha has a long way to go before moving to the top of the Pro Stock point standings.