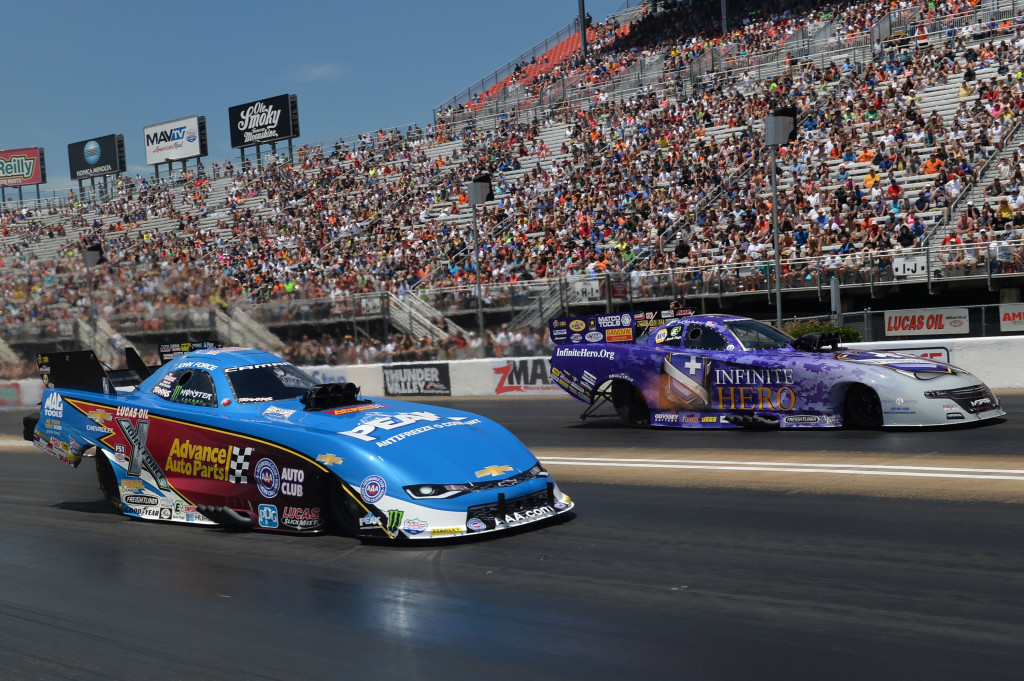 “As NHRA celebrates 50 Years of Funny Car, it makes perfect sense to honor John as a Legend of Thunder Valley,” said Jerry Caldwell, executive vice president and general manager of Bristol Dragway. “From his victories at the NHRA Thunder Valley Nationals to his 1999 Winston Showdown win in his iconic Superman scheme, great stories about John are continually told, and we’re delighted to honor him during race weekend.”

Force is a 16-time NHRA world champion, as well as being a four-time NHRA Thunder Valley Nationals winner. He is also the current Funny Car track record holder in elapsed time (3.978 seconds) and speed (323.43 mph). As part of the induction, he received a plaque, a huge congratulatory banner signed by the fans and his name was added to the façade of the trackside suite tower. Force then led thousands of fans on the track walk,  along with daughters Brittany and Courtney. 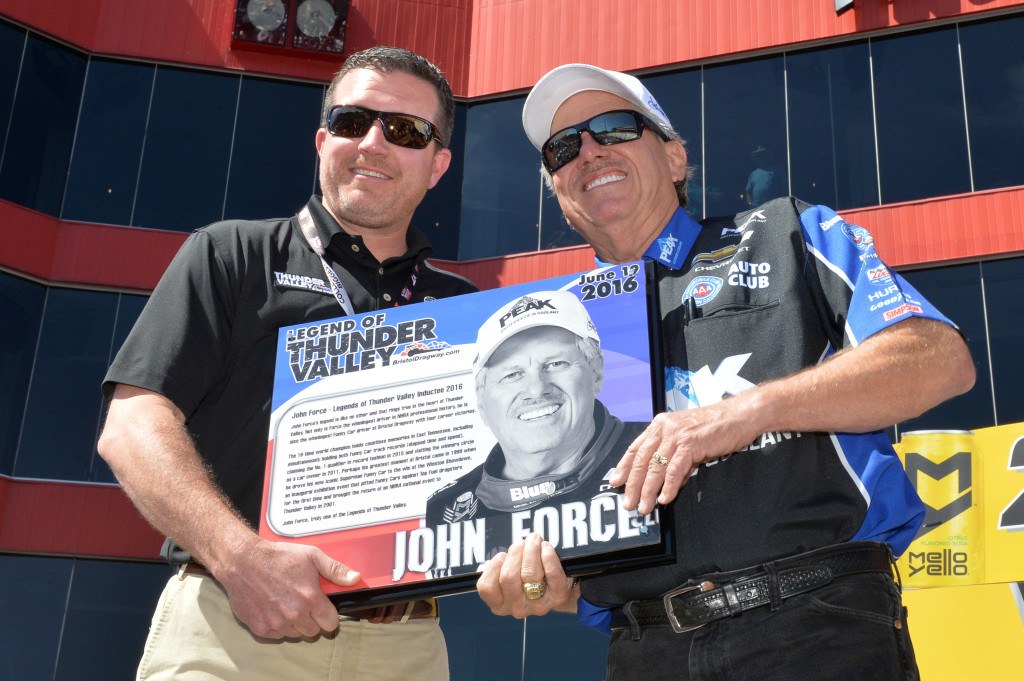 “There have been so many memories for me here at Bristol Dragway. Winning the Funny Car race against the Top Fuel dragsters was huge for me. I always want to entertain people and there are a lot of people I want to thank from the sponsors to the media to all of you fans. I look up at the names on the side of that building and it is an honor to see my name up there,” said Force from the pre-race stage.

With four career wins, Force is the winningest NHRA Funny Car driver at Thunder Valley. In addition, the 16-time world champion has one runner-up finish, one No. 1 qualifier, and a visit to the Bristol winner’s circle as a team owner.

Force’s shining Bristol achievement may be his win at the 1999 Winston Showdown in the renowned Superman Funny Car. The all-star exhibition event pitted Funny Cars against Top Fuel dragsters for the first time in NHRA competition history. Force beat Top Fuel’s Bob Vandergriff Jr. in the final to claim the victory. The event was so successful that NHRA soon returned to Bristol in 2001 for the first national event since 1967.