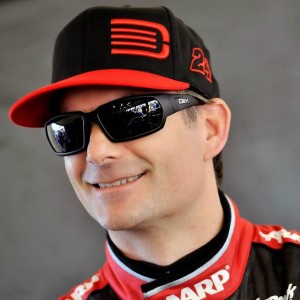 Jeff Gordon, the charismatic four-time NASCAR champion who became the face of the sport as it exploded in popularity a generation ago, said Thursday that he will retire as a full-time driver after the 2015 season.

Gordon did not officially call his decision a “retirement” because there is “always the possibility I’ll compete in selected events, although I currently have no plans to do that.” He has spent his entire 23-year career in the No. 24 car with Hendrick Motorsports; he delivered the news to his team at its shop in Charlotte, North Carolina.

“As a race car driver, much of what I’ve done throughout my life has been based on following my instincts and trying to make good decisions,” Gordon said. “I thought long and hard about my future this past year and during the offseason, and I’ve decided 2015 will be the last time I compete for a championship.”

The 43-year-old Gordon is coming off one of his best seasons in years, one that ended a single point short of another shot at a title. He won four times in 2014.

Gordon suffered serious issues years ago in his back, specifically his lower spine, and needed anti-inflammatory medication and workouts with a trainer to return to full strength. He drove in pain during a winless 2008 season and briefly contemplated retirement. He did not cite health issues in Thursday’s announcement.

He was a new breed of driver when he broke into NASCAR’s top series, arriving with a sprint car pedigree and talent that made him an immediate contender. Gordon was a clean-cut kid who raised NASCAR’s corporate image beyond its moonshine roots, making it a legitimate power on Madison Avenue as tens of thousands of new fans flocked to automobile racing in the late 1990s and 2000s.

Gordon became such a household name that he even hosted “Saturday Night Live” and was name-dropped in a Nelly song. He did it all while dominating as the “Rainbow Warrior” and teaming with crew chief Ray Evernham to collect checkered flags at a record pace.

Gordon debuted in the final race of the 1992 season at Atlanta and heads into this season with 92 career Sprint Cup wins and championships in 1995, 1997, 1998 and 2001. Gordon is third in career victories, trailing only Hall of Fame drivers Richard Petty (200) and David Pearson (105). He has three Daytona 500 victories and a record five Brickyard 400 wins, including last year’s race.

“There’s simply no way to quantify Jeff’s impact,” team owner Rick Hendrick said. “He’s one of the biggest sports stars of a generation, and his contributions to the success and growth of NASCAR are unsurpassed. There’s been no better ambassador for stock car racing and no greater representation of what a champion should be.”

Hendrick, who also fields cars for Dale Earnhardt Jr., Jimmie Johnson and Kasey Kahne, did not name a replacement for 2016. Hendrick developmental driver and reigning Xfinity Series champion Chase Elliot could be in the mix to take over in the No. 24 Chevrolet.

“I’ll explore opportunities for the next phase of my career, but my primary focus now and throughout 2015 will be my performance in the No. 24 Chevrolet,” he said. “I’m going to pour everything I have into this season and look forward to the challenge of competing for one last championship.”