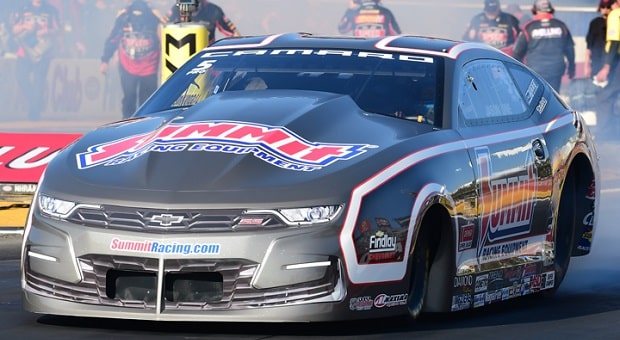 Is it a numerology thing? In NHRA’s Pro Stock celebration on the class’ 50th anniversary, one of its top drivers is plotting a getaway at the close of the 18-race season.

The winner of 50 races, currently 50 years old (his birthday is in July) and a three-time champion, Jason Line is hanging up his driving gloves and channeling his superb talents into building and tuning Pro Stock and Sportsman-class race engines at the Ken Black Racing shop in Mooresville, North Carolina.

Line’s final season driving for Ken Black Racing is being dubbed “The Finish Line Tour.” The Minnesota native came close to earning his fourth title in 2019, finishing fourth in the Countdown to the Championship while driving the silver Summit Racing Pro Stock Camaro.

As he prepares for the 60th annual Winternationals on the Auto Club Raceway at Pomona next month, Line is looking back on a Pro Stock driving career that has spanned from 2003 to the current day with the same, KB Racing team and sponsor Summit Racing.

“It’s been a good run and I’ve really enjoyed driving a Pro Stock car for Ken Black and Summit Racing,” Line said. “I’m not leaving Pro Stock – I’m just going to be working for wins for KB Racing from a different kind of seat.

“I’m very grateful to (teammate) Greg Anderson and Ken and Judy Black, for giving me the opportunity to drive for so long for the best team in drag racing. Driving a Pro Stock car was, for sure, a dream of mine as a kid, and winning a Pro Stock championship was something you always hope you’ll achieve but never really imagine it will happen,” Line recalled. 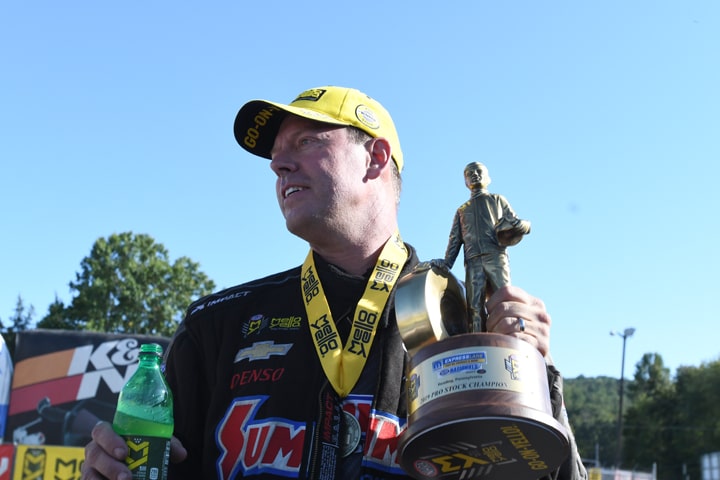 Drag racing and the realm of high performance motors have been part of Line’s life from the start. Including parents Lawrence and Maxine, the entire Line family continues to race and his siblings and their offspring are active in the sport. Line won the 1993 NHRA Stock Eliminator divisional and national championships behind the wheel of a 1970 Buick Gran Sport. Whenever the opportunity presents itself, Line continues to race the same car in Stock Eliminator.

“We are very grateful to Jason for all of his contributions as a Summit Racing Pro Stock driver,” noted Jim Greenleaf, Summit Racing Equipment Motorsports and Events manager. “He is a great driver and we’ll miss cheering for him as one of the faces of Team Summit. We’re excited to see what he’s capable of doing in the engine shop and on the dyno to move KB Racing forward.”

Line and Anderson, a four-time NHRA Pro Stock titleholder, are well known for their mechanical, as well as driving, prowess. No doubt the strength of Line’s capabilities as a shop-based engine builder will continue to keep KB Racing at the top of their game.

“I love this class, and it has been a privilege and an honor to be part of it for so long and be able go do so well,” Line concluded. “It’s the toughest class there is, and I will continue to help KB Racing and Team Summit win as many Wallys as possible.”

The 2020 NHRA Mello Yello Drag Racing Series begins the weekend of February 7-9 at Auto Club Raceway in Pomona, with the running of the 60th annual Lucas Oil NHRA Winternationals presented by ProtectTheHarvest.com. 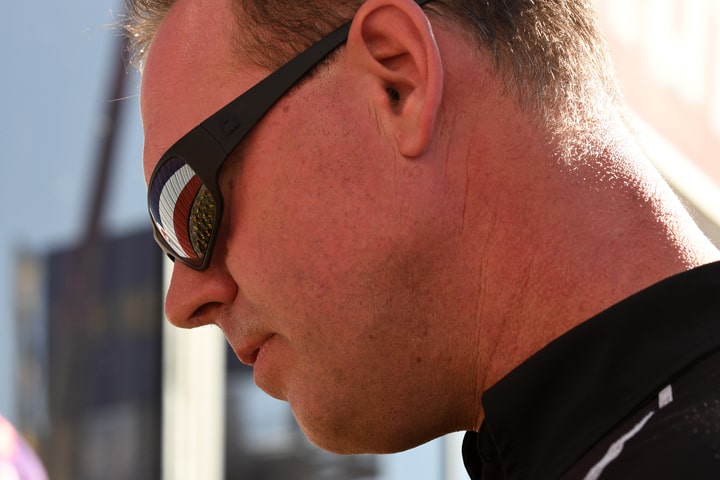