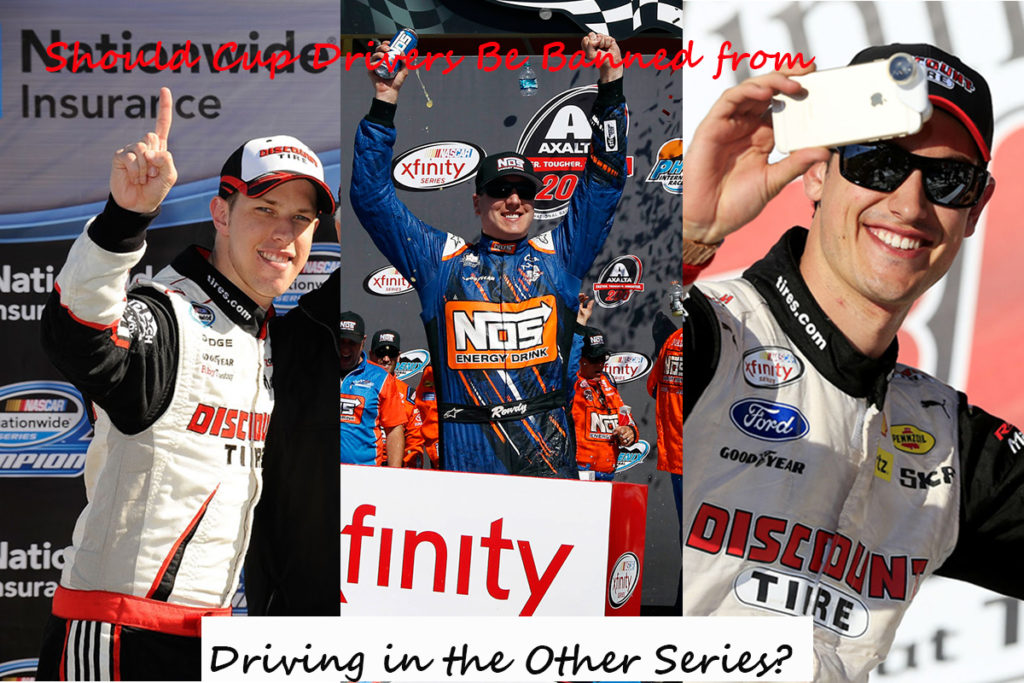 Over the past few years, we’ve seen a small number of Cup drivers dominate in the XFINITY and Camping World Series, in particular Kyle Busch. This may be coming to an end in 2017. The fan camps are divided on this subject. Most of us are dead set against allowing the Cup drivers to steal victories that those competing for a title in that particular series need in order to become eligible. There are others out there who want us to believe that having the likes of Busch, Logano, Harvick, and Keselowski competing on a regular basis in these lower series is the only way to make these series/races viable financially.

Big Announcement on This Subject Due According to NASCAR Executive

Steve O’ Donnell, Executive Vice President and Chief Racing Development Officer for NASCAR, appeared on SiriusXM NASCAR Radio’s Monday  morning show “The Morning Drive” and was asked about fan unhappiness in regards to Cup drivers appearing in the other series races. He told fans that we should keep our ears open (he actually said “stay tuned”) because an announcement is forthcoming “fairly soon” on the subject.

O’ Donnell said, “It certainly is on our radar. We’ve heard the fans. It’s interesting; it’s been a balance throughout the years. We’ve always had Sprint Cup drivers come into the XFINITY and Camping World Truck series. They like seeing those drivers come up through the ranks and it’s our job to make sure that XFINITY is where names are made. We’ve got to do that on the racetrack. That is something we’re taking a really hard look at for next year; I’d say stay tuned. We’re going to look at it and probably have something to announce fairly soon.”

The Impact Cup Drivers Have Had on the XFINITY Series Lately

Over the past few years, Cup drivers have won a staggering 70 percent (138 out of 196) of all XFINITY races. That means that XFINITY regulars are only able to honestly compete for victories 30 percent of the time. When you look at it on a year to year basis, it hasn’t really changed much since at least 2011:

Clearly, NASCAR has to do something about this, and soon. Let’s hope that they decide to completely prohibit Cup drivers from competing in either the Camping World or XFINITY series starting in 2017. The damage has already been done this year.