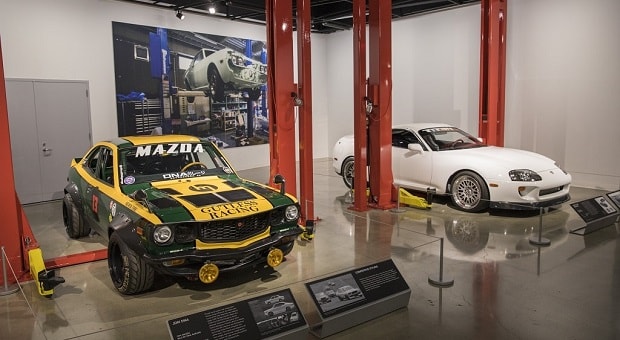 Has Mazda had enough of motorsports?

The smaller auto manufacturer, known for its wonderfully lithe sedans, SUVs and beloved Miata MX-5 sports car, has been a prominent force in sports car racing for many years and was the first Japanese auto manufacturer to win the 24 Hours of Le Mans.

Things have changed at Mazda headquarters. It revamped its motorsports staff and began to divest itself of properties. First, Mazda exited Laguna Seca Raceway, which it had renamed Mazda Raceway Laguna Seca, last year. IMSA’s naming sponsor WeatherTech Industries quickly grabbed the opportunity to add its name to one of the most revered racetracks in America.

Now the company is leaving the Road to Indy program at the close of the 2018 season. The Mazda Road to Indy Presented by Cooper Tires will be no more once the final races of the season are run. Dan Andersen, owner and CEO of Andersen Promotions, which puts on all USF2000, Pro Mazda and Indy Lights, thanked the company for its support.

“We would like to thank Mazda for nine tremendous years in supporting and headlining the Mazda Road to Indy Presented by Cooper Tires,” he said. “They have been a great partner and their scholarships have helped so many drivers achieve their dream of progressing to the Verizon IndyCar Series.

“Mazda,” Petersen added, “has been a key player in establishing and helping to grow our driver development system into the unparalleled program it is today. They will remain with us through the end of the season and will, once again, be awarding each of our series’ champions a scholarship to move up to the next step in 2019. They will also support the winner of the USF2000 $200,000 Scholarship Shootout in December.”

While Andersen has big shoes to fill as Mazda pursues its new marketing objectives, he did note that his company is committed to maintaining the ladder structure. “We are currently in discussions with several potential companies as we actively pursue a new partner,” Andersen said.

This departure marks a second big loss for INDYCAR and its sub-series. Verizon is departing the IndyCar Series at the close of the season as well. Verizon’s continued support of Team Penske is unknown at this time.

Mazda is also heavily vested in IMSA, where it has a two-car effort in the headlining P (prototype) category. The Joest/Mazda team, in its second season of competition, is still searching for its first win in that very competitive classification.