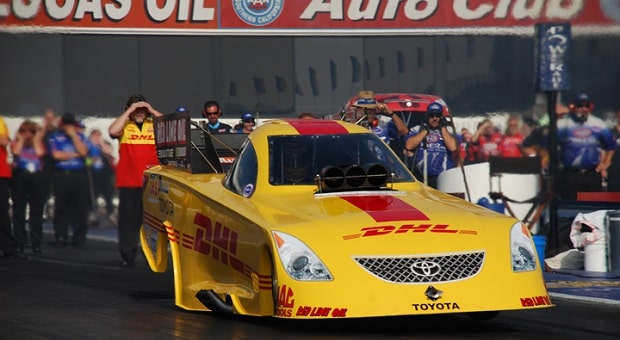 Every year the subject comes up, gets talked about for a time and then fades away. The subject is quarter-mile drag racing and whether it can be brought back for Top Fuel and Funny Car in NHRA Mello Yello competition.

NHRA decided to implement a 1,000-foot track for the nitro-fueled dragsters and floppers scant weeks after Scott Kalitta died at Englishtown in June of 2008. It was a horrid crash at the top end that claimed Kalitta’s life, as he careened past the timing beams with his engine afire, unable to activate his parachutes and, therefore, unable to stop.

Kalitta went through the shutoff area, into and through the kitty litter and over a wall into television equipment. The accident generated more than 100Gs and up to 200Gs, according to Delphi accelerometers. It broke his father Connie Kalitta’s heart and set NHRA on course for a variety of moves, even more than its chassis changes after Eric Medlen’s crash and death in 2007.

There have been huge accidents since the 1,000-foot distance went into play in NHRA drag racing, but racing is dangerous and anyone behind the wheel knows that. Now, according to casual talk by announcers during last weekend’s New England NHRA Nationals race at Epping, NH, the series is considering a return to 1/4-mile racing. Even the communications department has confirmed the subject’s been raised at corporate headquarters in Glendora, Calif.

The change could only be effective at some of the tracks where NHRA races, because the added shutdown area isn’t attainable at many dragstrips, including NHRA’s ancestral home of Pomona, Calif. There’s also the matter of containing speeds, which had been approaching 340mph for Funny Car racing before NHRA put a kibosh to laid-back headers.

Then there are tires: Goodyear would have to make changes to their spec tire for both nitro classes. And cost – the amount of setup changes to both engines and chassis would be phenomenal – in a time when fewer than 16 racers show up for many of NHRA’s Mello Yello series’ 24 contests.

The Professional Racers Owners organization (PRO) sided with NHRA when it was decided, just days after Scott Kalitta’s death, to change track distance from 1,320 to 1,000 feet. Team owners and drivers continue to support the shorter length as it saves them money in broken parts and enhances competition with many more side-by-side contests.

So the question remains: would a 1,320 distance be good for the racing or would it shorten fields even farther than what we’ve seen in 2019? Even if used only at a very few tracks, the cost would be prohibitive and the tuning challenges monumental.

If added sponsors come onboard to NHRA racing and if stakeholders agree, some tracks might be able to handle this change. It would please the nostalgia fans, of course. But would it be good for business? NHRA should think long and hard before it capriciously makes this type of change. What’s worked well for more than 10 years shouldn’t be discarded unless and until there’s a consensus in the nitro pits. 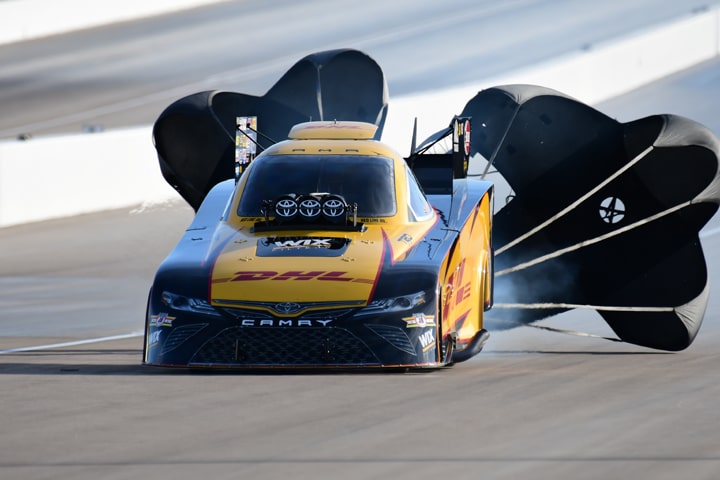 4 Comments on Is 1320 Nitro Drag Racing a Realistic Goal?