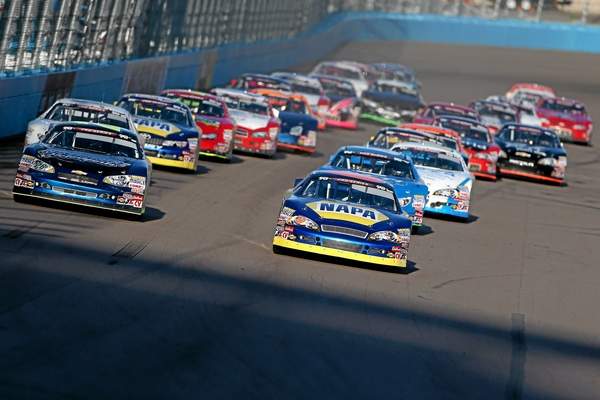 Rounding out the top ten were: Giles Thornton, Idaho’s Brett Thompson, the lap 27-128 leader, double-duty driver Partridge, the lap 129-136 leader, Arizonan Taylor Cuzick and Carlos Vieira. Twenty-three of 26 starters finished with 16 drivers on the lead lap. Nine series rookies started and six drivers were making their first start at Irwindale. The race took 60 minutes and averaged 74.794 mph. The series 150-lap track record is 75.664 mph set in 2004. It was the first K & N West victory for Toyota Camry in the 22nd K & N West event at Irwindale.