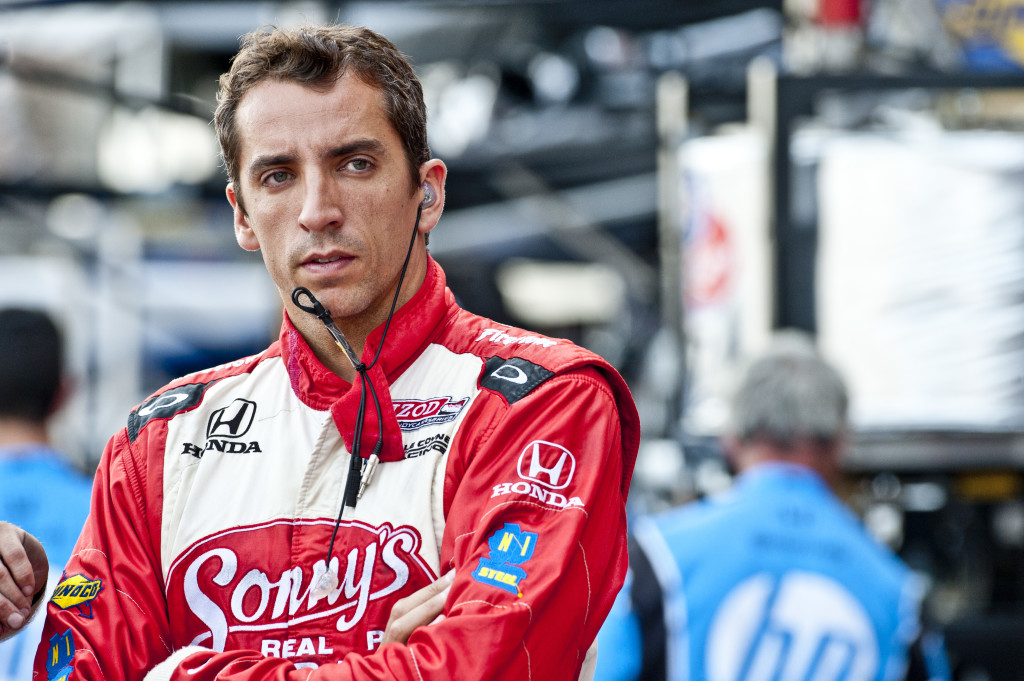 IndyCar driver Justin Wilson is in a coma following the accident during Sunday’s IndyCar race.  Wilson was airlifted out of Pocono Raceway after being hit by a large piece of debris.

Sage Karam spun into the wall and a piece of his car struck Wilson in the head.  Wilson’s car veered left and directly into an interior wall, where he was airlifted by helicopter from the track after being evaluated by the safety crew.  He was taken to Lehigh Valley Health Network Cedar Crest Hospital in Allentown, Pennsylvania and later transferred to a local hospital.

Hunter-Reay was concerned for Wilson and was attempting to get updates on Wilson’s condition both before the race resumed and before he got out of his winning car.

“Maybe in the future we can work toward something that resembles a canopy,” he said.  “Something that can give u a little bit of protection and still keep the tradition of the sport.  Just to be [an] innocent bystander like that and get hit in the head with a nose cone is a scary thought.”

In May 2014, IndyCar driver James Hinchcliffe suffered a concussion when debris struck his helmet during the Grand Prix of Indianapolis.  However, his condition wasn’t quite as serious as Wilson’s.  He missed several days of practice, but was able to race the Indianapolis 500 just two weeks later.

Wilson, 37, is from Sheffield, England, and entered this season without a full-time ride.  He and Andretti made a deal that he would race two races at Indianapolis, but ended up racing more than that.  Sponsorship was found for another five races as the season went on.

Over the years racing, Wilson has had his fair share of injuries.  In 2011, he broke a bone in his back at Mid-Ohio and missed the final six races of the season, wearing a back brace for more than two months and restricted from physical activity.

He returned to racing in 2012 when his injuries had healed, and in 2013, broke his pelvis and suffered a bruised lung in the season finale at Fontana.

“All the drivers, this IndyCar, we’re always trying to make it safer, but at the end of the day, it’s a race car,” Wilson said.  “We’re racing hard, we’re racing IndyCars and it’s fast.  When it goes wrong, it can get messy.”