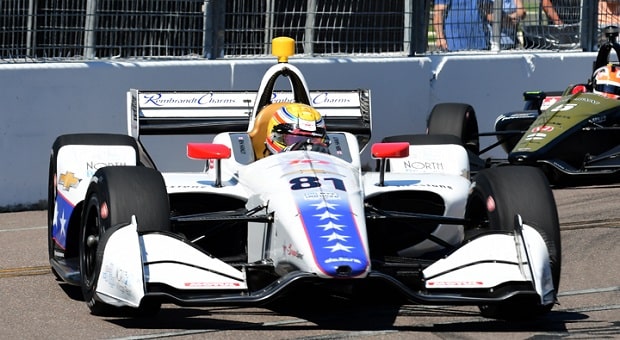 Last year, when Elton Julian’s DragonSpeed team arrived for the season-opening Firestone Grand Prix of St Petersburg on that Florida city’s airport/street circuit, the Chevrolet-powered team was careful to practice, qualify and race with the intent of gaining experience in the NTT IndyCar Series.

Still, driver Ben Hanley qualified 12th for the 110-lap race and finished 18th, completing all but two laps of the contest. That was impressive for a first time out in the Indy car series, even though DragonSpeed is no racing novice, as the team has an LMP2 class victory in the rain-drenched 2019 Rolex 24 at Daytona and has been exceptionally active in other sports car series: Pirelli World Challenge, Blancpain Endurance Series, World Endurance Championship and European Le Mans Series. 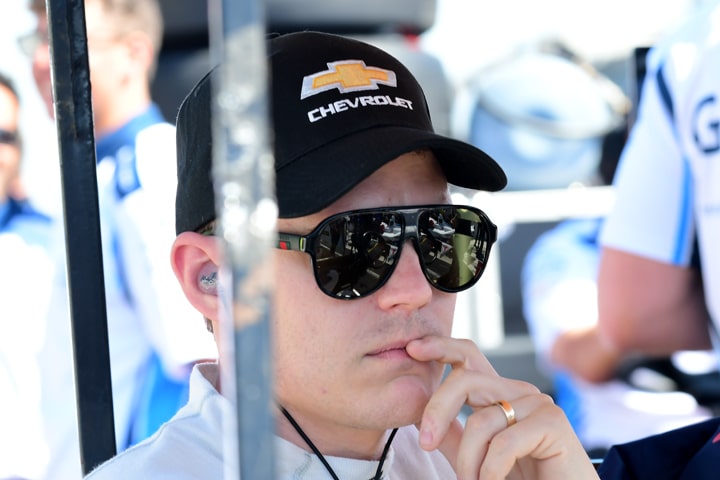 DragonSpeed’s next foray into Indy car racing came at the Honda Indy Grand Prix of Alabama, finishing 21st. It was then on to the 103rd Indianapolis 500, where the team made the show – unlike McLaren and Fernando Alonso – in 27th place but finished 32nd, down after completing 54 laps with a mechanical issue. DragonSpeed then went back to racing sports cars and made plans to return to the INDYCAR wars in 2020.

Having only run three races in 2019, despite initially planning on five, DragonSpeed is aiming for more and, now that the team has experience at three tracks, owner Julian stated an aim of running as many as 10 contests in 2020. 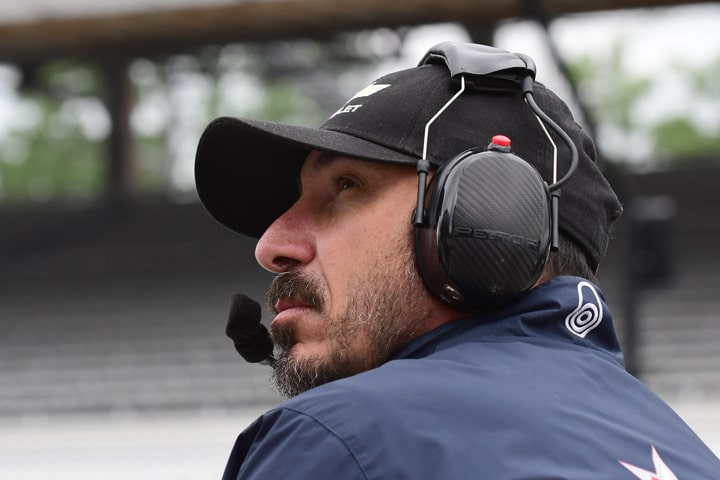 The St Petersburg race, a venue where DragonSpeed has experience, is on the docket for driver Ben Hanley and the team. Hanley has only been confirmed for this single contest, yet the 34-year-old “can’t wait to get back in the No. 81 machine for another crack at St Pete.” After rushing to make last year’s race and completing their car quite late, “We will be much better prepared this time around and should be stronger throughout the weekend.”

“The continuity represented by having Ben in the car at St. Pete is a real boost,” acknowledged team owner Julian, “and for the fifth year in a row he remains the lead driver across all of our programs.” Julian also noted the possibility that competing with another driver, “perhaps with more IndyCar experience,” is a possibility.

Chevrolet is holding a test at Sebring International Raceway this week with four drivers on tap to conduct probes of any internal engine changes and, of course, the new aero windscreen developed by Red Bull Aero Technologies (RBAT). It’s also a good way for some drivers to shake off the rust, although Team Penske is using this test to reward its DJR Team Penske Australian driver Scott McLaughlin for his two consecutive Supercars championships and Supercheap Auto Bathurst 1000 winnings. 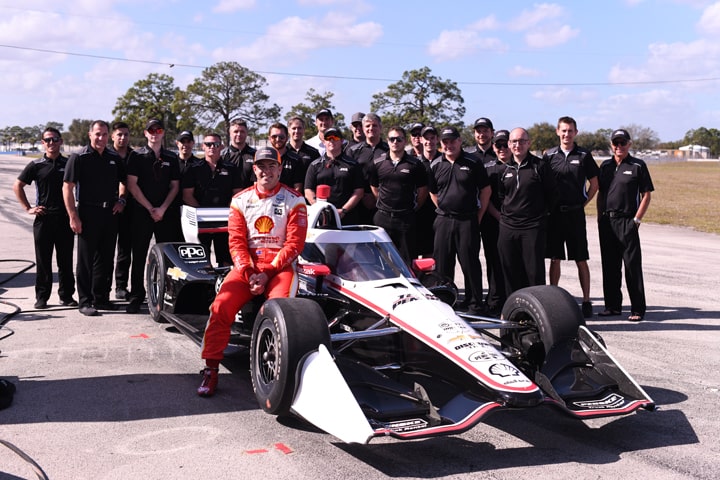 While Josef Newgarden, Simon Pagenaud and Will Power looked on, McLaughlin conducted 141 laps on the Sebring short course customarily used for INDYCAR testing. It was his first experience in the open-wheel machine and he emerged calling the Dallara a “beast. It’s everything I dreamed of. I’m so thankful to Roger (Penske), Tim (Cindric) and Team Penske to be able to come over here and run an Indy car. It’s a dream come true,” McLaughlin said. 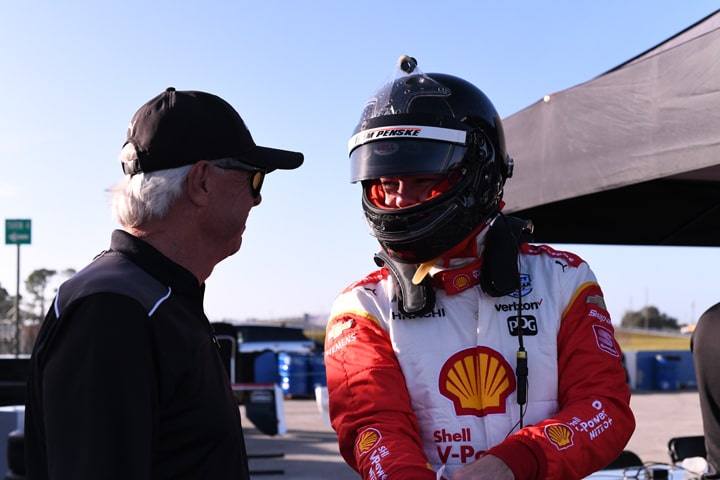 The Aussie conducted short and long runs, worked with different fuel loads and exercised his pit exit prowess during the day-long affair. The veteran of a decade of touring cars, McLaughlin found it tough to place his trust in the aerodynamics of the Dallara. “Trusting the grip underneath me was probably the biggest thing I learned,” he said. 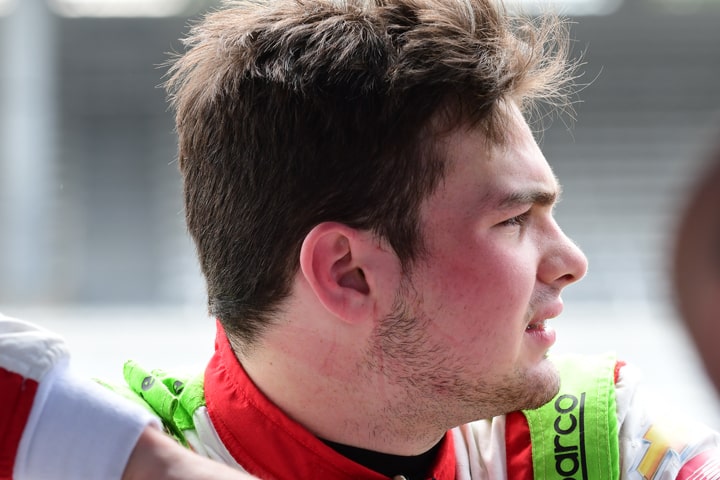 Others testing for Chevrolet at the historic Sebring venue include Dreyer & Reinbold’s Sage Karam, shaking off some rust since driving only at Indianapolis Motor Speedway’s historic 2.5-mile oval the past few years, Ed Carpenter Racing rookie Rinus VeeKay in the No. 21 Chevy and Oliver Askew, getting his first Chevrolet laps behind the wheel of Arrow McLaren Racing SP’s Dallara. Teammate Patricio O’Ward will also take laps. Note that Karam, O’Ward and Askew are Indy Lights champions; VeeKay raced to second place behind Askew last year.

A third car for Chip Ganassi Racing implies the need for a third sponsor for the 17-race NTT IndyCar Series season. Swedish driver and new Ganassi hire Marcus Ericsson, a five-year Formula 1 veteran, is beginning his second year racing in the USA with a second team, Ganassi’s squad. 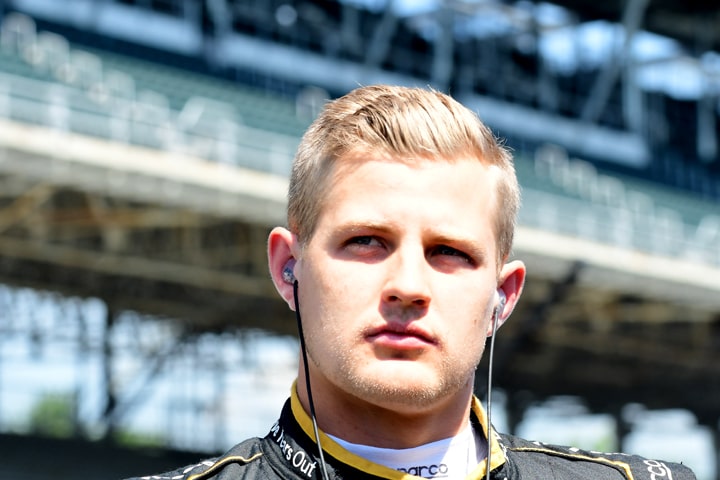 Huski Chocolate, whose primary product is a chocolate drink, has its headquarters in Stockholm; this alliance is not its first in motorsport as it has a sports-related partnership with Formula 1’s McLaren Racing. The company backs the Millwall Football Club, competing in the English Football League championship, a second tier of English football after the Premier League.