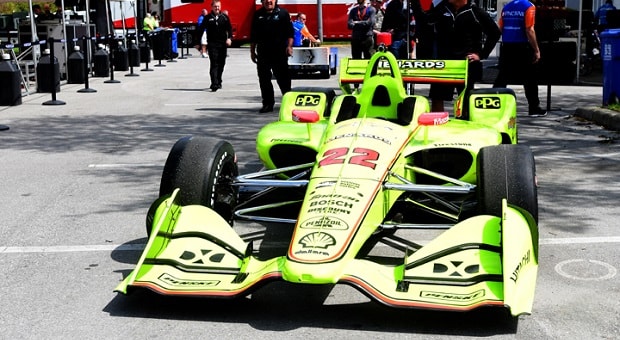 There was a time, with the Verizon IndyCar Series, when season starters posed the question of which Penske or Ganassi or Andretti operation would rise to the top and claim the Vanderbilt Cup, endemic of a season-long championship.

It’s fair to say that with a new, standardized aero kit for all teams for the 2018 season, and with new squads entering the series on both full-time and part-time bases, that this might be the first year with intrigue in a series that features two engines, one chassis maker and one tire manufacturer, with one mega event at its core.

True, Roger Penske still has three entries, including two of the past three season champions; true, Chip Ganassi’s got the Ice Man, Scott Dixon who’s always a threat to beat anyone, anytime, anywhere. But things have changed and, to this writer, it appears for the better. 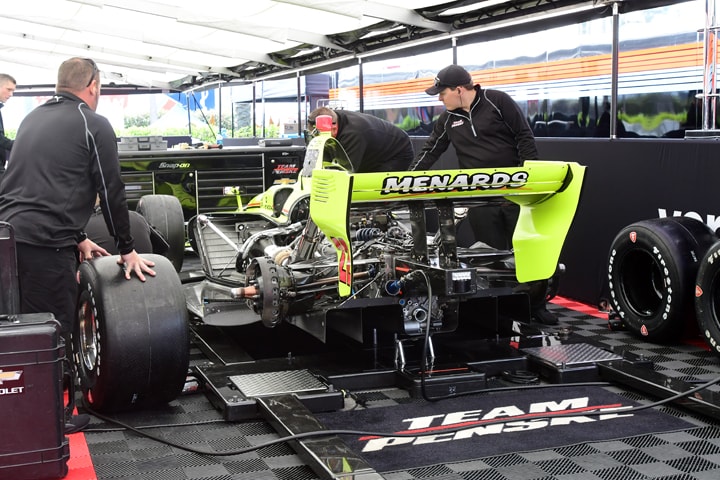 This was one long off-season during which engine makers Chevrolet and Honda had small “boxes” in which to make adjustments for the coming campaign, allowing them to focus on maintenance and friction issues. While some seasons allow changes to major components within the engine, the 2017-18 off-season wasn’t one of them. Last season saw added parity between the two engine makers; expect it to be even tighter this year.

Team testing in INDYCAR is allowed for only five days during the off-season while the series holds a selection of open tests, one of which has already been held on the ISM Raceway (Phoenix) mile oval. A second occurs after the first race at Barber Motorsports Park on March 20, with a third at Indianapolis Motor Speedway’s road course a week later, on March 27. Rookies are given extra days – two in-season and another outside the year’s start and finish dates. 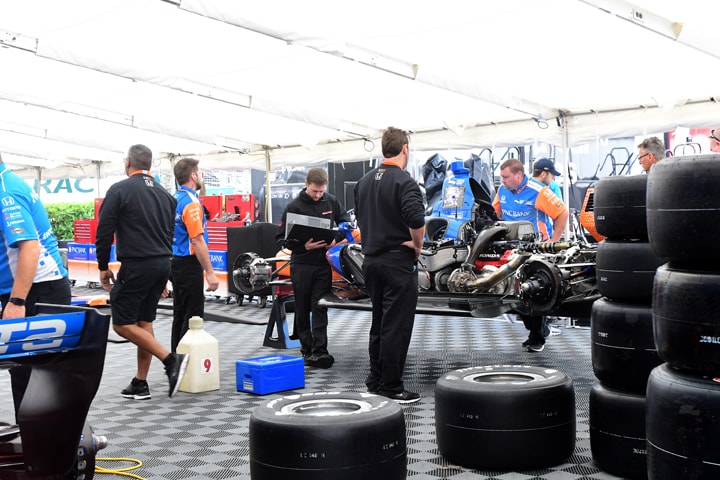 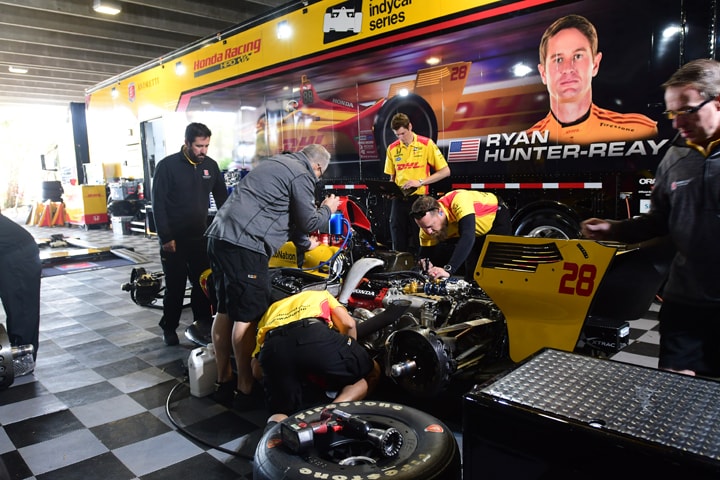 On the other side of the fence, take a look at Dale Coyne Racing, which ran Hondas for Sebastien Bourdais and Ed Jones last year. The team has expanded its ownership, with 1996 CART champ Jimmy Vasser and his partner James “Sully” Sullivan taking stewardship of Bourdais’ car. That allowed Coyne to focus on his second entry, shared between newcomers Zachary Clamant De Melo and Pietro Fittipaldi.

Look also at Honda’s Schmidt-Peterson Motorsports (SPM), which had an extremely inconsistent 2017. James Hinchcliffe, who won a single event in Long Beach last year, has a fellow Canadian, Robert Wickens, as his teammate; they’ve got new engineering talent on the docket, including former Audi engineer Leena Gade.

In a technical partnership, Michael Shank Racing joins SPM for six events this year with driver Jack Harvey; Shank has been trying to get his feet wet in INDYCAR since 2011, when he tried to get an engine deal that would have allowed the Ohioan to race the series full-time. He’s taken baby steps to get here; it’s one of those feel-good stories.

Rahal Letterman Lanigan Racing (RLLR) should have one of its better years, with two always-competitive drivers, Graham Rahal and 2017 Indianapolis 500 winner Takuma Sato. They continue with Honda and their engineering squad appears intact and ready to go. RLLR has picked up added commercial entities that should help them with financing and promotions.

A.J. Foyt Racing, after changing from Honda to Chevrolet last year, has two new drivers in veteran Tony Kanaan and rookie Mattheus “Matt” Leist, both Brazilians. The engineering squad has been upgraded and Super Tex, together with son Larry Foyt, are hoping this year will present them with opportunities they’ve not had before. Certainly, Kanaan’s ability to sort a car should come in handy. 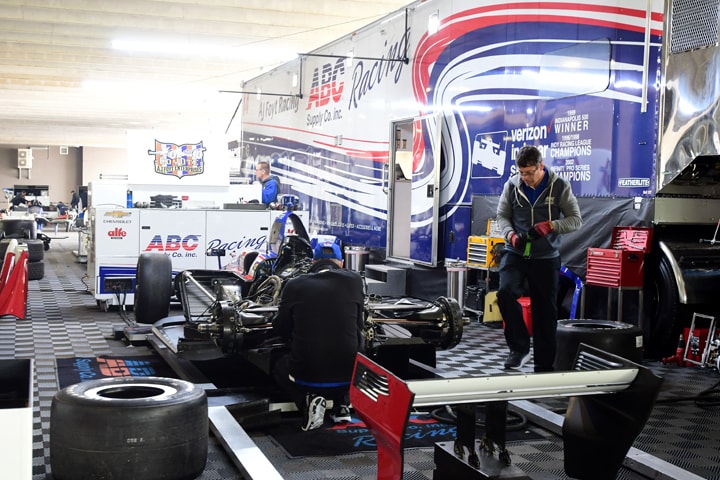 While Charlie Kimball and Max Chilton were part of Ganassi’s squad last year, both return to Carlin, where owner Trevor Carlin has paid his dues in Indy Lights for the past two years before entering the IndyCar Series. Having these two veterans, who raced with Carlin in Europe before joining INDYCAR, together with both drivers’ experience at Ganassi, should help the British squad find their footing. Interestingly, Carlin are based in Florida while most teams hold sway in or near Indianapolis.

Once again, Ed Carpenter Racing will have a full-time driver for one Chevy-powered car – Spencer Pigot – while another car features Ed Carpenter on ovals and Jordan King for road and street courses. Ed knows his limits on the latter venues yet still loves to drive those ovals, so that’s what he does. When it’s your team, you make those decisions. The team adds Danica Patrick for the 102nd Indianapolis 500 as a one-off.

Another new team is Chevy’s Harding Racing for racer Gabby Chaves. A graduate of INDYCAR’s Mazda Road to Indy, Chaves raced three times last year with Harding and the team will attempt a full-season run this year. INDYCAR also welcomes Road to Indy graduates Juncos Racing, who retain a role in the ladder series while entering two part-season drivers for their Chevy-powered car: Rene Binder and Kyle Kaiser each have four races scheduled.

Here in St Petersburg, site of the opening Firestone Grand Prix of St Petersburg on Sunday, teams are setting up and prepping their cars on a Thursday afternoon. The stage is set but the paddock is still relatively quiet. Engine start-ups punctuate the afternoon.

A track walk Thursday afternoon will allow drivers, team members and engineering staff to get their first look at the circuit since they left last March. Will results – come the season finale at Sonoma – be similar to those of the past few years or will one of the unexpected heroes rise to the top?