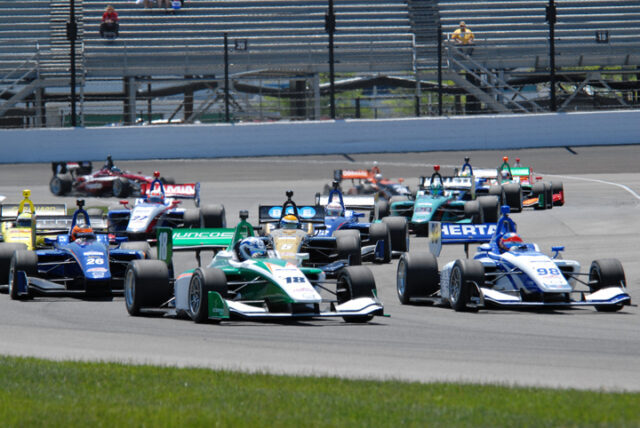 The top rung of the Road to Indy, INDYCAR and Andersen Promotions’ Indy Lights Series presented by Cooper Tires will be on hiatus until 2021. A weekend meeting of participants to address the impact of COVID-19 on the Indy Lights championship and the modifications made to the NTT IndyCar Series 2020 competition brought all parties to the conclusion that the 2020 Indy Lights championship wasn’t going to be viable.

“The effects of the global pandemic on businesses, including racing, have been severe,” said Dan Andersen, owner and CEO of Andersen Promotions. “The changes to our overall calendar of races as well as each event weekend’s scheduling and the ability for some of our drivers to compete has impacted the Indy Lights series far more harshly than our other two championships.

“With less of a cushion to begin with, it became increasingly apparent that the 2020 season was in jeopardy and the best plan was to take a pause, reconstitute for 2021, and do our best to enhance the Indy Lights championship for next season.”

Andersen noted that INDYCAR has a firm commitment to Indy Lights going forward. Still he recognized that the suspension of the 2020 season “will cause some hardships. We hope all participants will realize the necessity of this decision, and we look ahead to 2021 with a promise of better things to come.”

This year marks the first time since 1986 that INDYCAR won’t have a top run on the Road to Indy but, at the same time, Andersen Promotions confirmed 18 races each for the 2020 USF2000 and Indy Pro 2000 Series, both contesting a modified calendar of nine weekends with five doubleheaders, a single triple-header (on the Indianapolis Motor Speedway road course September 3-4) and two single race events, the first for both series at Lucas Oil Raceway the same weekend as this year’s Indianapolis 500 (August 21) and a single race event for Indy Pro 2000 at World Wide Technology Raceway on August 28-29.

*Triple Header Round for USF2000Indy Lights on Hiatus until 2020

It should be recalled that the reigning Indy Lights champion, Oliver Askew is running a full season in the NTT IndyCar Series in 2020, racing for Arrow McLaren SP. He joins former Indy Lights champs Scott Dixon, Tony Kanaan, Sage Karam, Josef Newgarden, Pato O’Ward and Spencer Pigot in INDYCAR. For the past several years, Indy Lights, while a competitive series, has seen a lack of entries and, when COVID-19 hit earlier this spring, at least three teams with an intention to race decided to withdraw.