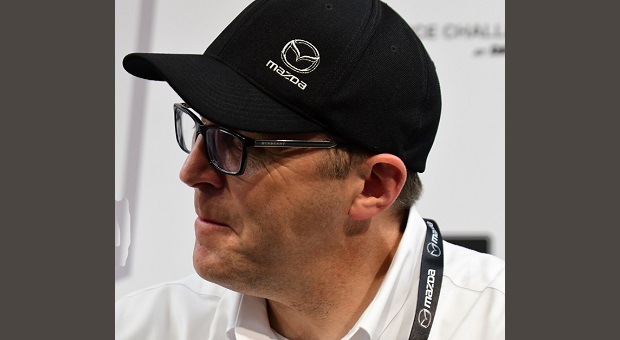 The International Motor Sports Association – IMSA – celebrated its 50th anniversary during the 2019 season, starting in monsoon conditions at the Rolex 24 at Daytona and ending in dry darkness at the 22nd Motul Petit Le Mans.

From late January to mid-October, IMSA’s premier WeatherTech SportsCar Championship waged a war that couldn’t be decided until the final laps of the final race, where the battle went to the No. 31 Whelen Engineering Cadillac DPi and the war saw Acura Team Penske’s No. 6 DPi earn its first championship.

As the celebrations ended following the finale at Michelin Raceway Road Atlanta, IMSA’s leadership baton also passed. Barely a month after IMSA’s president Scott Atherton announced his retirement after a professional motorsports career than extended for more than 34 years, the series announced that John Doonan, longtime motorsports director for Mazda North American Operations, has agreed to take on the helm of the racing organization.

Atherton’s been part of American motorsports since the mid-1980s, when he worked in marketing for CART, then the pinnacle of open-wheel racing. He also managed WeatherTech Raceway Laguna Seca and was president of Nazareth Speedway and then Auto Club Speedway during his stay at Penske Motorsports. Atherton was president and CEO of Panoz Motor Sports for 13 years before co-leading the American Le Mans Series (ALMS) before it merged with the Grand American Road Road Association (Grand-Am), placing the two formerly warring factions under the current IMSA banner.

Atherton’s ability to comprehend the needs of both business and sporting levels of sports car racing in the United States, as well as his ability to work with the ACO, the Automobile Club de l’Ouest, the group that sets worldwide sports car racing rules as they pertain to the most prestigious contest of each year – the 24 Hours of Le Mans – is his calling card.

“As anyone involved in professional motorsports knows,” Atherton said at the time his resignation was announced, “it’s not a job – it’s a lifestyle.

“It has been an honor and a privilege to work with some of the most iconic venues and personalities in the industry. IMSA is stronger than ever and I am confident it will continue to grow and prosper,” Atherton said. “I am thankful for the countless men and women I have worked with who have enabled me to have a career that has far exceeded my wildest dreams.”

His successor, John Doonan, has seen the culmination of his dreams for Mazda Motorsports come true during IMSA’s 50th year of competition. After what seemed like a forever losing proposition, Mazda’s RT24-P finally earned victory during this year. Mazda Team Joest was first to the checkered flags three times during the 2019 season, had eight total podium finishes, three pole positions and set track records at Daytona International Speedway, Watkins Glen International and MId-Ohio Sports Car Course, the two-car entry leading laps in every race of the WeatherTech championship.

Doonan joined Mazda in 2003 as the company’s regional advertising manager in the Midwest region. He was promoted to director of motorsports in 2011. Since that promotion, Doonan has advanced the efforts of Mazda Motorsports in its variety of programs, including the Global MX-5 Cup, Mazda Road to Indy in open-wheel racing and, most recently, the Mazda3 TCR car for IMSA’s Michelin Pilot Challenge. His work with Mazda Team Joest as they struggled to find Victory Lane at the pinnacle of Mazda’s Road to 24 sports car program has been the stuff a novelist would ache to write.

“John is a fantastic choice to become our next president,” said Ed Bennett, IMSA’s CEO, “[as he] builds upon the momentum of our just-completed 50th anniversary season and will take our sport to the next level. He is respected, well known in our paddock and brings a strong passion for motorsports that will greatly benefit everyone involved.”

Doonan, who has a Bachelor of Arts in Business Administration (Augustana College) and earned a Masters of Business Administration from Western Illinois University, recognizes, “This is a once-in-a-lifetime and dream opportunity after attending IMSA races since I was a young boy. I am very humbled and truly honored to have the opportunity to join the IMSA team and I’m really looking forward to making a positive impact for our sport, our partners and our industry,” something he’s already done in his most recent posting with Mazda Motorsports.

IMSA looks to be in good condition despite losing Atherton, a businessman who has advanced the cause of IMSA and sports car racing, and as they’ve gained Doonan, whose love for motorsports stems from his childhood. While both men epitomize the business of racing, they’ve both allowed their love of this sport to be a calling card. Needless to say, IMSA is in good hands.