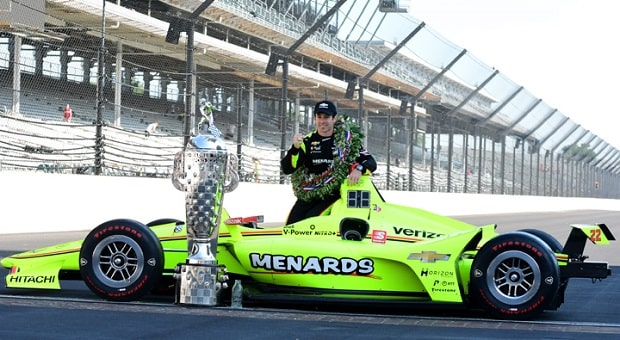 The Indianapolis Motor Speedway is changing how it intends to run the 104th Indianapolis 500 next month. Before the novel coronavirus, COVID-19, upended known society, the race was scheduled, as it has been since 1911, on the Sunday before Memorial Day in May.

Then came the virus, which turned into a pandemic and forced IMS to change its plans. It wasn’t the way Roger Penske and Penske Entertainment intended to begin its stewardship of the Brickyard racetrack and its eponymous race, the Indy 500. That 200-lap contest around the historic 2.5-mile oval has always been special; for the 100th edition the track, including general admission, was completely sold out, lifting the Indianapolis-area blackout of live television coverage.

Since IMS has always been a private track, nobody knows the exact number of seats at the facility but the general estimate is around 250,000 spots to plant one’s derrière. When the track decided to postpone the 500, it said only half the seats would be full. On July 21st the track reduced that number to 25 percent of capacity. Including sold seats, suites and general admission, that should be somewhere in the neighborhood of 65-75,000 fan attendees.

If it actually does happen the fourth weekend of August, a month that has five weekends, qualifying will take place a week prior to the race and the 104th Indy 500 will play to 25% attendance. That’s a grave financial hit to Penske Entertainment, which has spent a good amount of money renovating this midwestern jewel of motorsports. According to those that have been on the grounds over the past couple of months, the changes and modernizations will be fully noticeable.

The Speedway intends to use its entire facility to benefit fans on the 23rd of August. Race-goers will be spread about the 935-acre facility, which has 244 acres inside the track’s 2.5-mile oval. IMS will equip each guest with a complimentary daily mask and hand sanitizer. Every guest will be checked for their temperature upon arrival at the track. The track will request – and likely enforce through reminders – that those masks each guest is given must be worn, hopefully appropriately over the nose and mouth, for the full duration of each guest’s visit to the historic racetrack. They may be removed for eating and drinking only.

Indianapolis Motor Speedway will offer complimentary masks and hand sanitizers to every individual entering the facility and will monitor the wearing of masks throughout each day’s activities. This is important because we’ve all seen people wearing masks below the nose and, from time to time below the mouth (chin-masking). Individuals on-site will be encouraged to regularly wash or sanitize their hands, something the public should be keen on doing.

During the nearly two-week event, fans will be required to sit only in their seats, thereby enforcing physical distancing, while IMS will do its part, cleaning and sanitizing high-traffic areas and surfaces throughout each day. IMS will use signage of advance communications outlining policies and procedures t the track, encouraging fans to execute planning prior to attending practice, qualifying and the race.

All planned concert events, including those for Carb Day, Legends Day and the Snake Pit have been cancelled. There will be no public drivers meeting and autograph sessions, pin distribution or memorabilia show on Legends Day. The Indy 500 Victory Celebration will be closed to fans, and the REV Indy program from IU Health Foundation has been cancelled. There won’t be any infield camping this year, no meet-and-greets or autograph sessions, no seat-back rentals, no Armed Forces enlistment ceremony, no Indy 500 VIP red carpet and no IMS fan midway and sponsor activations in 2020.

The good news for Indianapolis area residents is that IMS has lifted the Indy 500 blackout and they will be able to watch the race from the comfort of their homes – live – as they did in 2016 when the place sold out (including general admission). The track opens for practice on August 11, while Fast Friday is August 14, followed by the weekend of qualifying. Miller Lite Carb Day is scheduled for August 21 and the race takes place on Sunday, August 23rd.