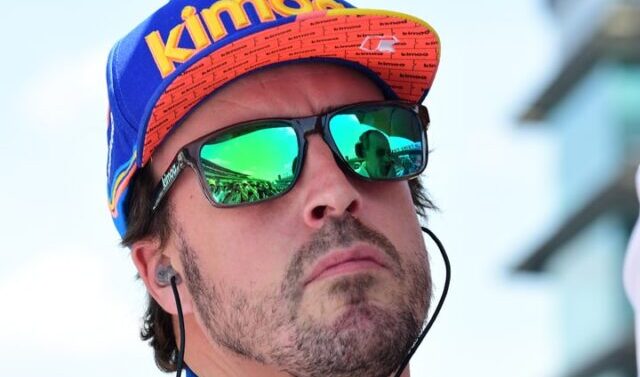 In all my years of following top-line motorsports, I’ve only seen one racer be able to trash every single manufacturer he’s worked with and still get jobs driving their race cars. It might have taken a couple of years for the manufacturer to let this driver back in the family fold, but Robby Gordon has managed to let his sour mouth be overcome by his proficiency behind the wheel.

It appears that won’t be the case for two-time Formula One champion Fernando Alonso who, when he drove in F1 for McLaren, widely blasted Honda for their lousy engine. You know, the one that helped Max Verstappen score victory at Hungary for Red Bull in 2019? McLaren’s chassis might have been part of the problem, but wasn’t the object of Alonso’s scorn.

Now that Alonso has decided he’s got to hit that holy grail of victory at Monaco, Le Mans and Indianapolis in his racing lifetime, the Spaniard has been attempting to realign with Andretti Autosport for the 104th running of the Greatest Spectacle in Racing. Honda powers Andretti’s full-time four-car team and will take on a fifth car at Indy this year, in the team’s technical alliance with Meyer Shank Racing. But it’s been reported they won’t supply an engine for Alonso, despite a successful 2017 alliance.

Burning bridges in any business isn’t a smart thing to do. Both McLaren and Alonso were guilty of shaming Honda and, because of that gaffe, performed relentlessly during their final, 2017 season together, neither the team nor this particular driver will likely ever work with the Japanese manufacturer again.

There aren’t many powerful Chevrolet teams remaining for Alonso. He needs a team that can qualify and race well, and barring any possibility Roger Penske might open his squad to a fifth car that would accompany Josef Newgarden, Simon Pagenaud and Will Power, along with Indy-only Helio Castroneves, only Ed Carpenter Racing appears the likely suspects. It’s not known whether Carpenter is open to such an idea or would accept it, if Chevrolet asked.

Beyond that, there’s a rebuilding A.J. Foyt Racing and Carlin, the squad with whom McLaren partnered last year that had a single qualifier for the 103rd Indy 500. It’s unknown if the Spaniard’s former team, now Arrow McLaren SP Racing has an interest in tackling an extra car for Indy: remember this is the team that couldn’t get former pole winner James Hinchcliffe into the 500 a few years ago.

Things don’t look great for Alonso at this time. Will he be on the grid May 24th in Indianapolis? Only time and money will tell.