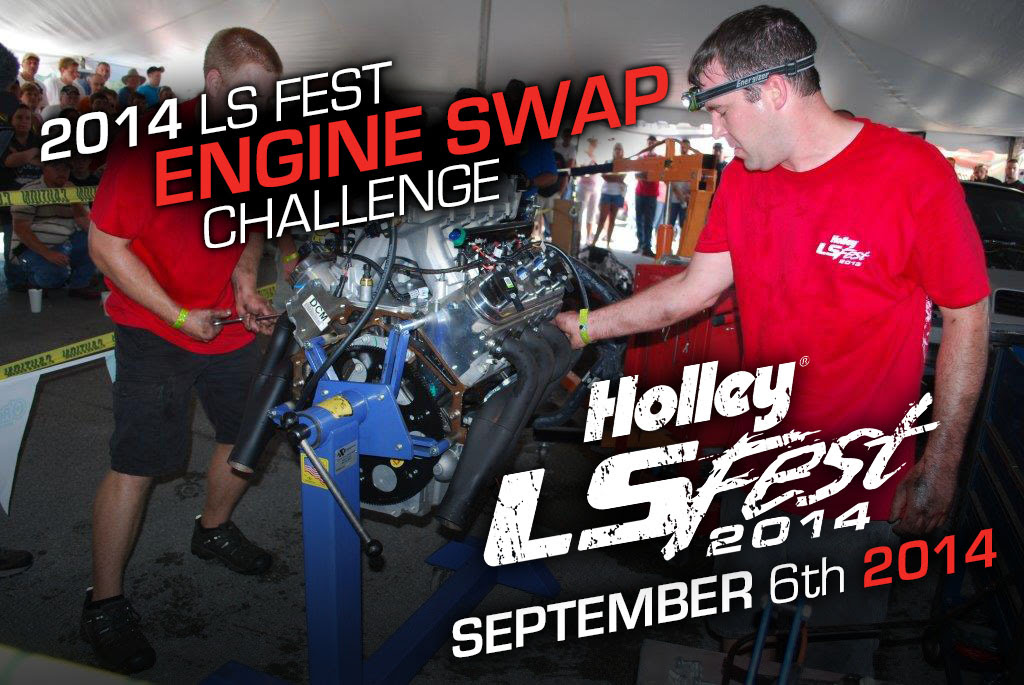 Holley is actively seeking two teams for participation in the 2014 Holley LS Fest Engine Swap Challenge. Car Craft magazine will be on hand to document the race and the winning team gets to keep the engine.

The 2014 Car Craft Engine Swap Challenge is taking place Saturday September 6th, 2014 at Holley’s LS Fest in Bowling Green, KY at Beech Bend Raceway. Each team will consist of two members. Teams will bring their own hand tools (no air tools are permitted) and Holley will supply each team with an equally prepped running vehicle along with a GM LS engine and Holley LS swap components to make the swap possible. From there both teams face-off to see which can install the GM LS engine in place of the older engine and get it running in the shortest duration of time. The winning team gets to keep the engine which is equipped with numerous bolt-on LS parts from Holley Performance, including an EFI system.

Those interested in competing in Holley’s 2014 Car Craft Engine Swap Challenge event should compose an email including contact information for each two person team and what makes you think you’re up to the challenge. Submissions should be sent to [email protected]