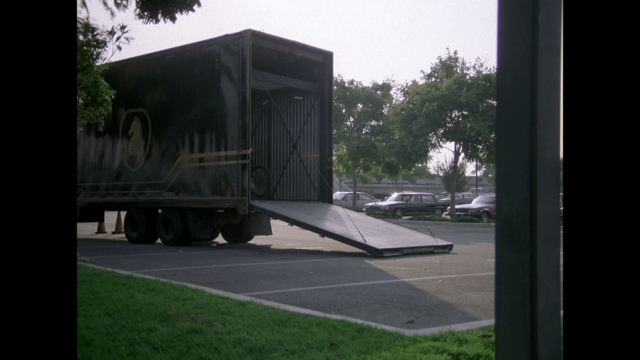 Calling all RJ fans, we need your help in locating a trailer and not just ANY trailer, the KNIGHT RIDER trailer!
We were recently contacted by the Knight Rider Historians and they are looking to track down and ultimately fully restore the original Dorsey trailer used in the 80’s television series, Knight Rider. The KRH team did find the original tractor used to pull the trailer here:
Now to complete this journey we need to track down the trailer. KRH did receive a tip that the trailer was bought by a well-known truck puller, the person who gave the tip doesn’t believe the trailer is located in California and suspects it is located somewhere in Salt Lake City, Utah area.

Here are some more specs:

It is between a 1977-1982 model year Dorsey 45 foot drop van trailer. It was given to a private individual with connections to the show and he owned it for many years. He sold it in the early-mid 2000’s in Southern California but no longer has any paperwork for it. We spoke to him recently and he can’t remember who he sold it to. It was painted white or silver prior to being sold and still has the drop-down ramp in the back. The second YouTube link below was posted today. It doesn’t have much info on the trailer, but is more information regarding the tractor we found since many people asked questions after the first video was released. I have attached some screenshots of the trailer from the series. The ones where it is gray is from early in the show before they painted it black and gold. It is probably closer to what it would look like today. The pictures of it black and gold are more for you to reference the shape, design, and overall function of the trailer. In some pictures, you can see it has a drop ceiling and metal “X” shaped bars on the sidewalls. Those may or may not have been removed, depending on what it was used for in recent years.
If you have any information regarding the trailer please email us at [email protected]
Happy Hunting!