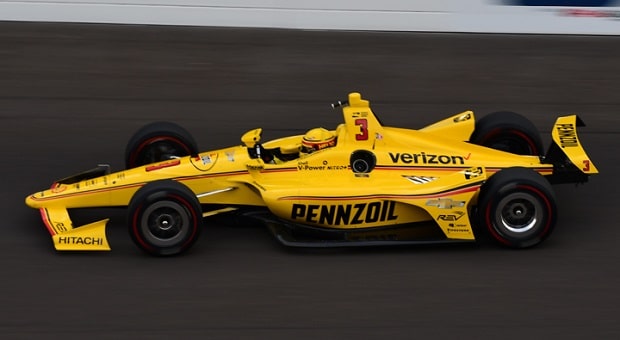 Helio Castroneves is back at Indianapolis Motor Speedway with Team Penske this May, trying to earn his place in the four-timer’s club alongside A.J. Foyt Jr., Al Unser and Rick Mears. If he’s successful in winning the 103rd Indianapolis 500 this year, he’d become only the fourth four-time winner of the Greatest Spectacle in Racing.

Friday, of course, Castroneves celebrates his 44th birthday, a week after finishing fifth at the MId-Ohio IMSA race he and Ricky Taylor won in 2018. Teammates Juan Pablo Montoya and Dane Cameron did the deed this year for Acura Team Penske’s second overall IMSA victory (both at the same track!).

The effervescent Castroneves is always a crowd favorite, thanks to his unique victory celebration that began in 2000 at the Detroit CART race. After securing his first CART victory, Castroneves erupted from his car and climbed the fence adjacent to the track, thrilling the crowds (but not most of the photographers waiting for him in Victory Lane). 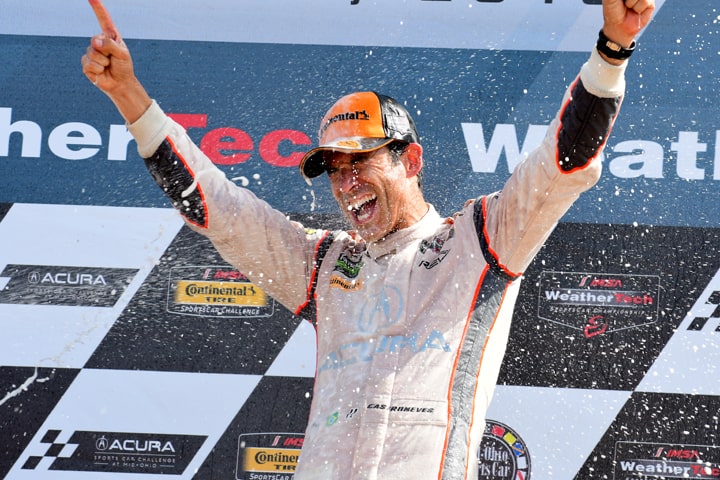 The fence-climb is one Castroneves has perfected during his CART/ChampCar/INDYCAR career in earning 29 wins along with 45 pole positions. He’s placed second in the INDYCAR series championship four times, taking third three times and earning a single CART finish of fourth. He came to INDYCAR from the Indy Lights series, where he finished second to Tony Kanaan in 1997. The only championship Castroneves has won is his mirror ball trophy in the television show, Dancing with the Stars.

Now with a full season and a half under his belt in IMSA, Castroneves returns to his roots to race an open-wheel car again. His most recent try for a fourth Indy 500 Baby Borg statue started well but ended poorly, as Castroneves earned eighth starting spot but finished only 145 of 200 laps after contact left him in 27th spot in 2018. The Sao Paulo, Brazil native is looking to change his luck this year.

Although he’s the only driver to finish inside the top five in the NTT IndyCar Series’ INDYCAR Grand Prix on IMS’ road course, he’ll have his work cut out for him in the 85-lap contest. A youngster when he started his American racing career with Tasman Motorsports, Helio Castroneves is now one of the sport’s older drivers.

He’ll have to compete against drivers around half his age who have careers on the upswing. While many racers can continue to contest the Indy 500 as they get into their 40s or even 50s, there’s no debate that young drivers have more stamina than do older ones, even racers whose current stock-in-trade is endurance contests. The INDYCAR Grand Prix is Castroneves’ tune-up for the next two weeks of practice, qualifying and racing in the Indy 500. Let’s see if he’s up to it! 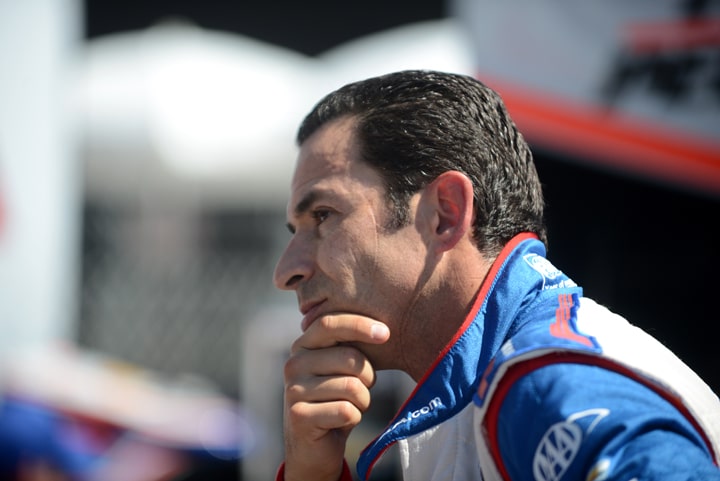