RacingJunk News > Galleries > Harley Doubles Down on E-Bike
Previous
Next 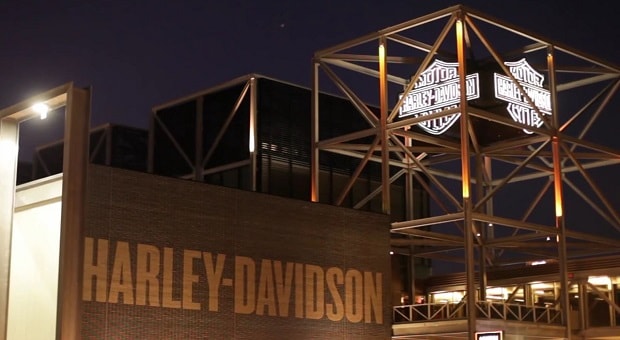 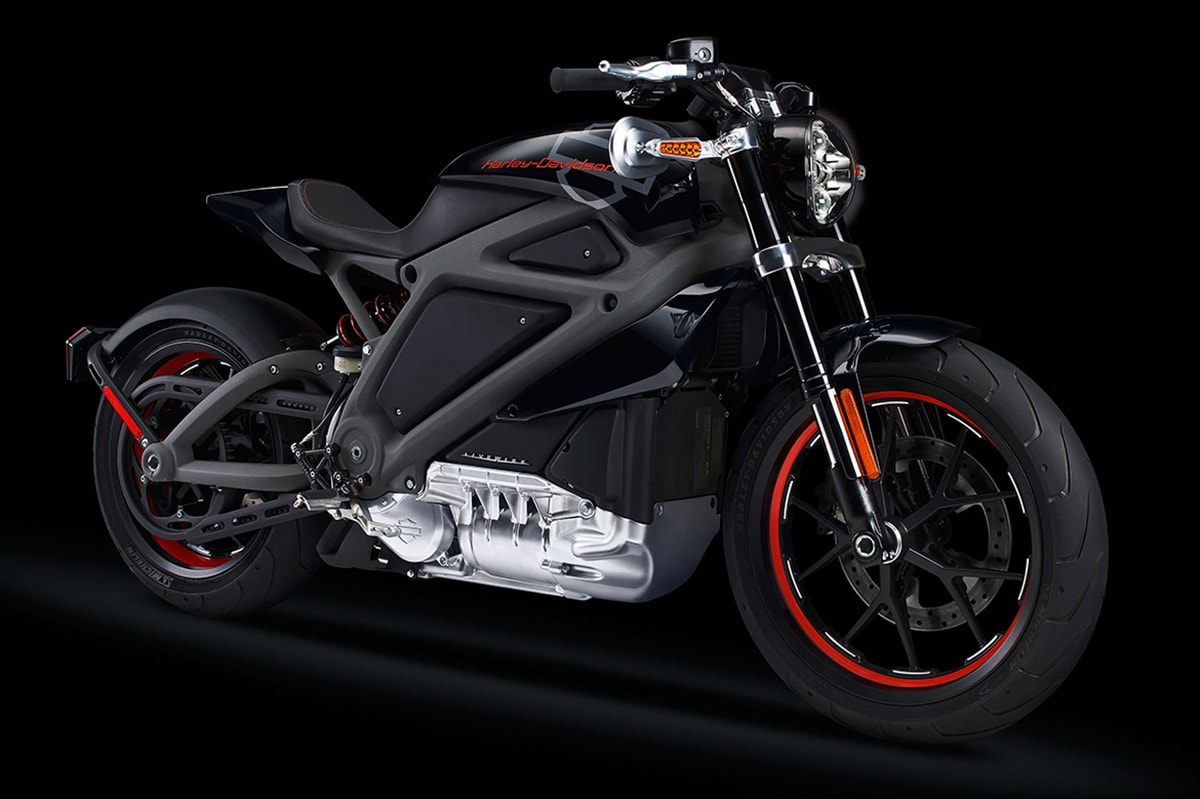 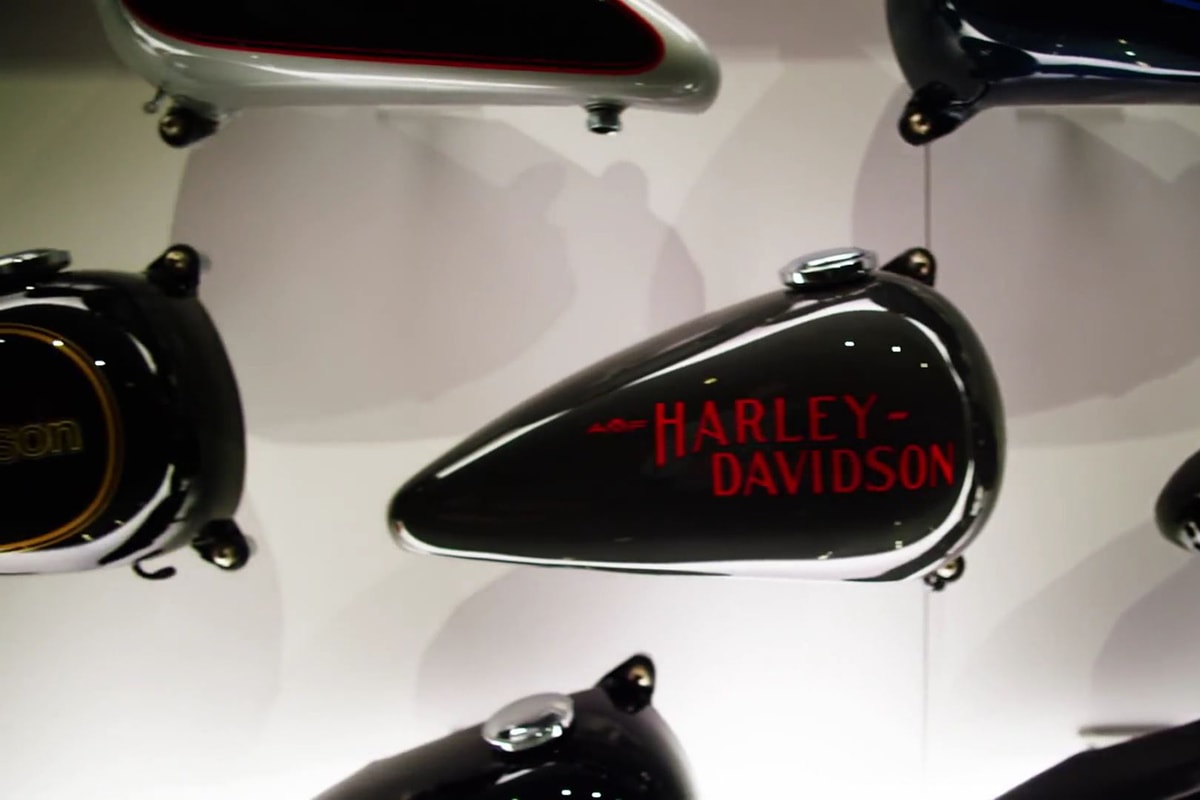 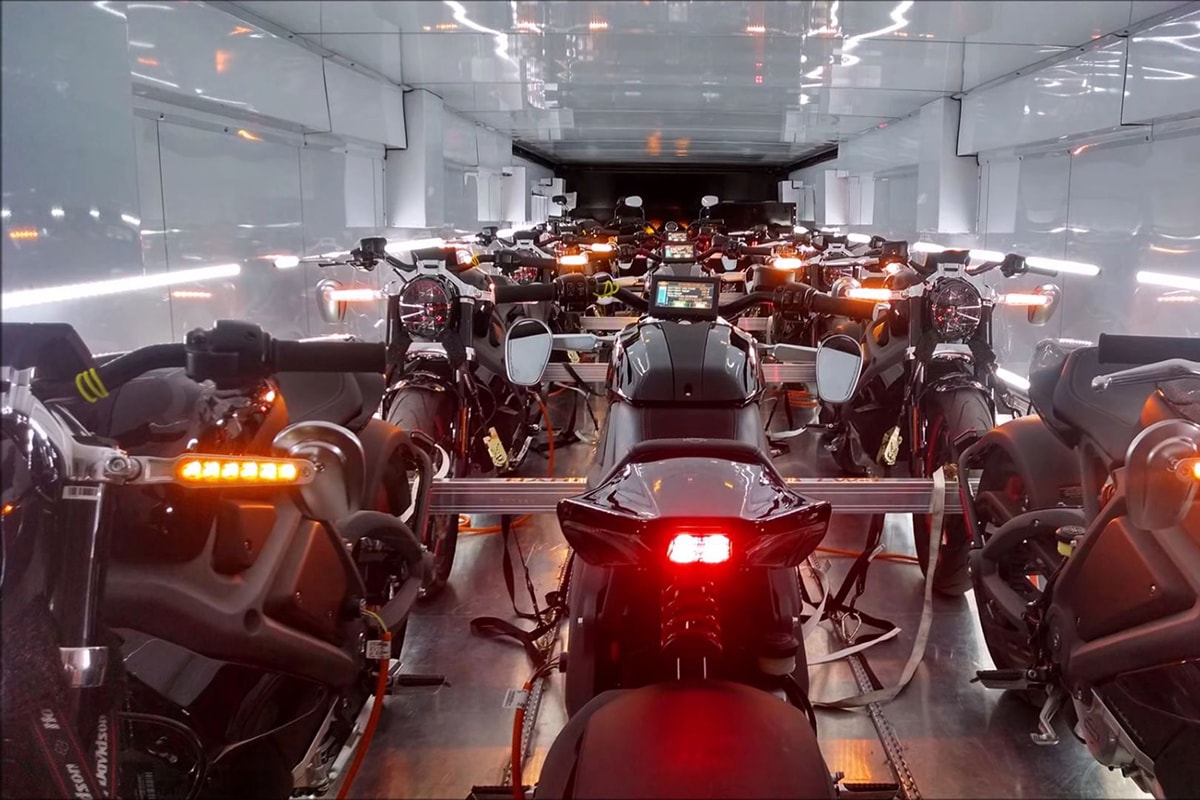 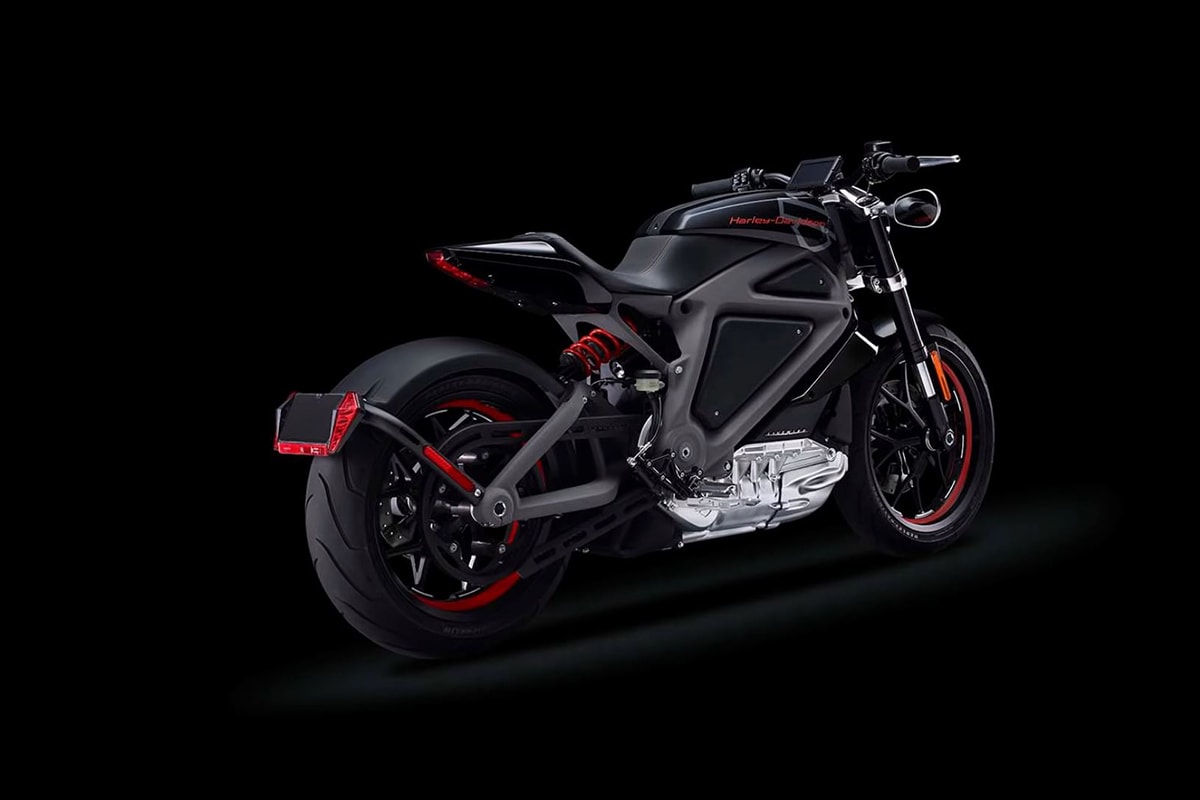 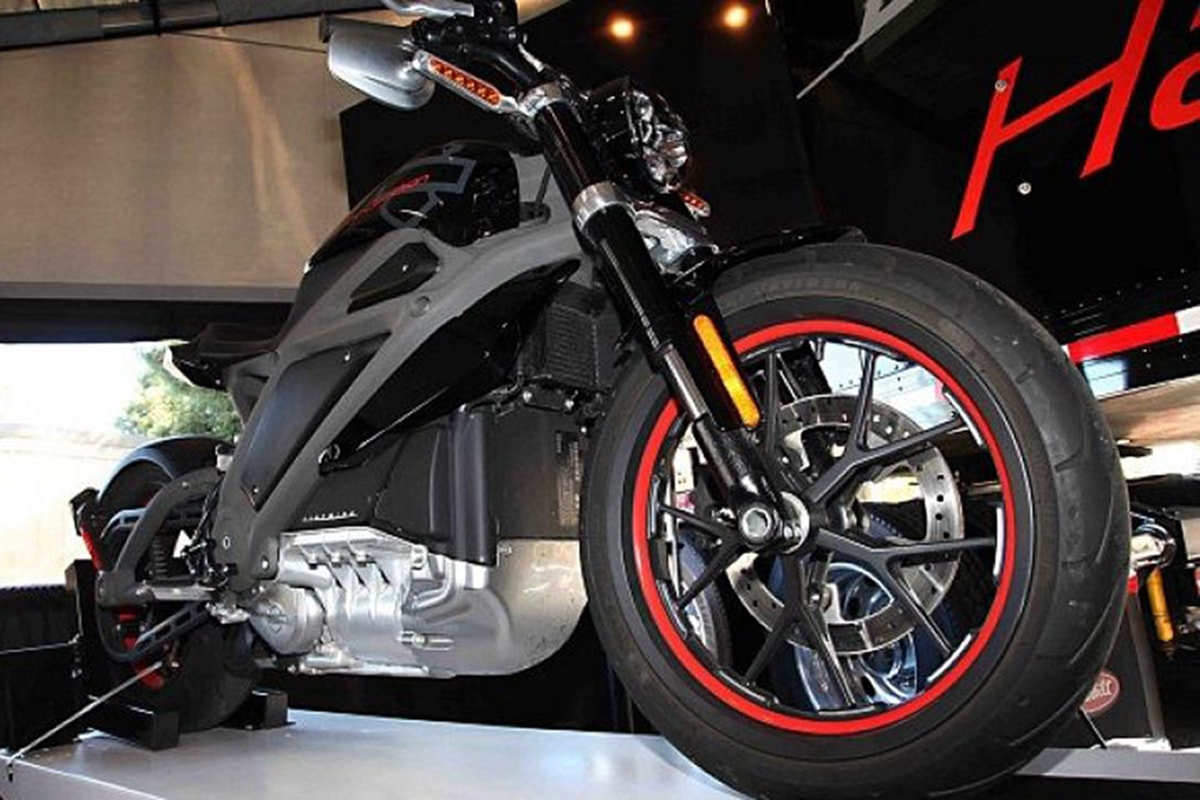 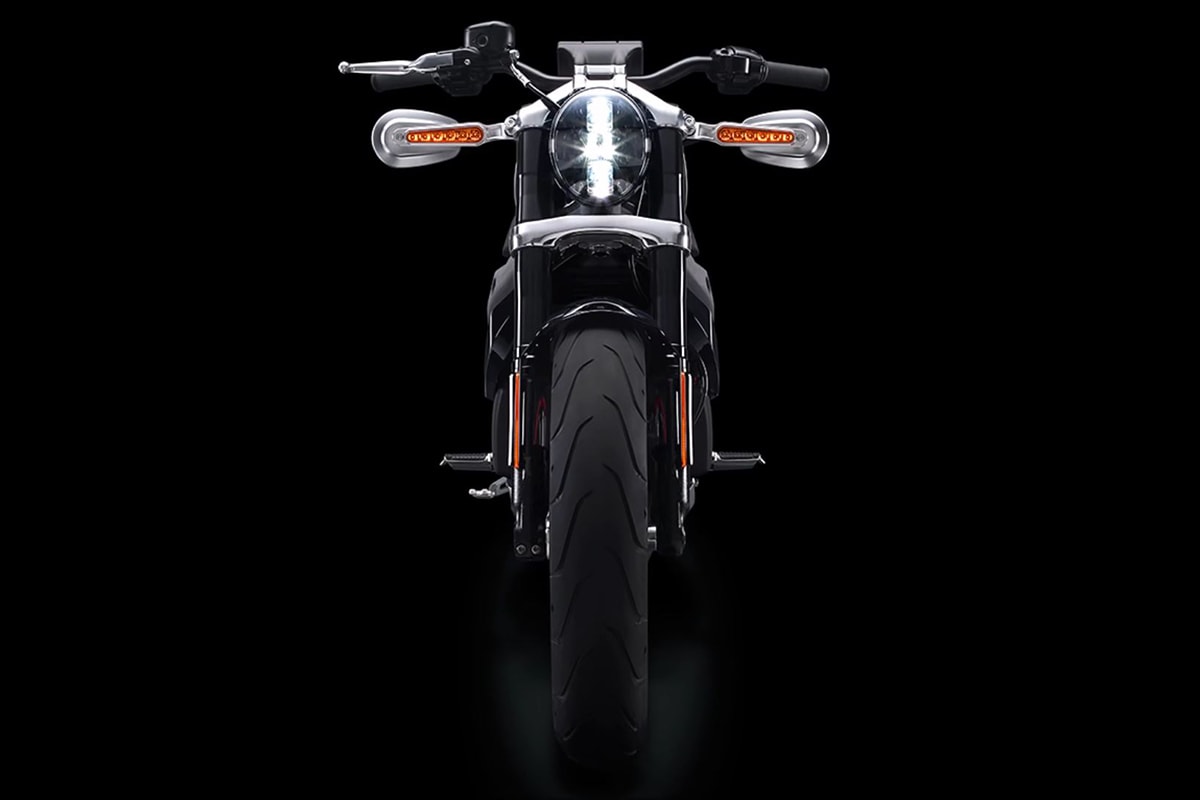 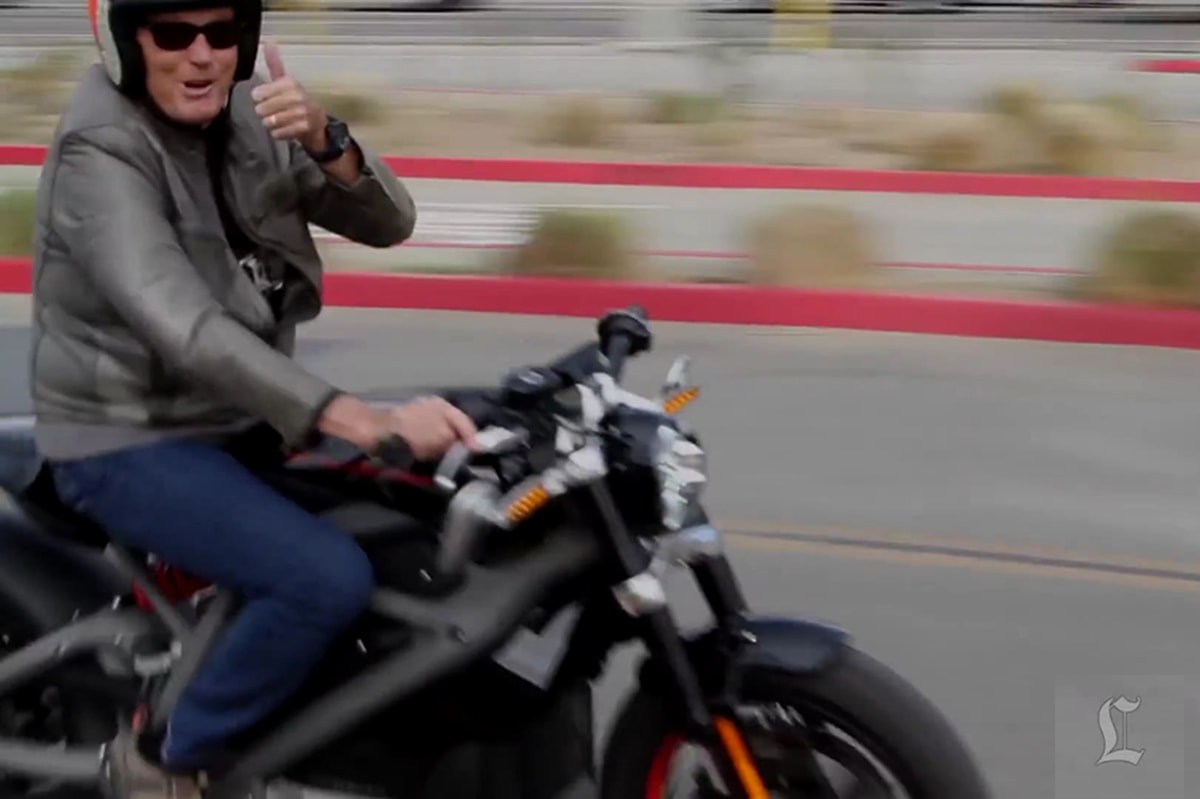 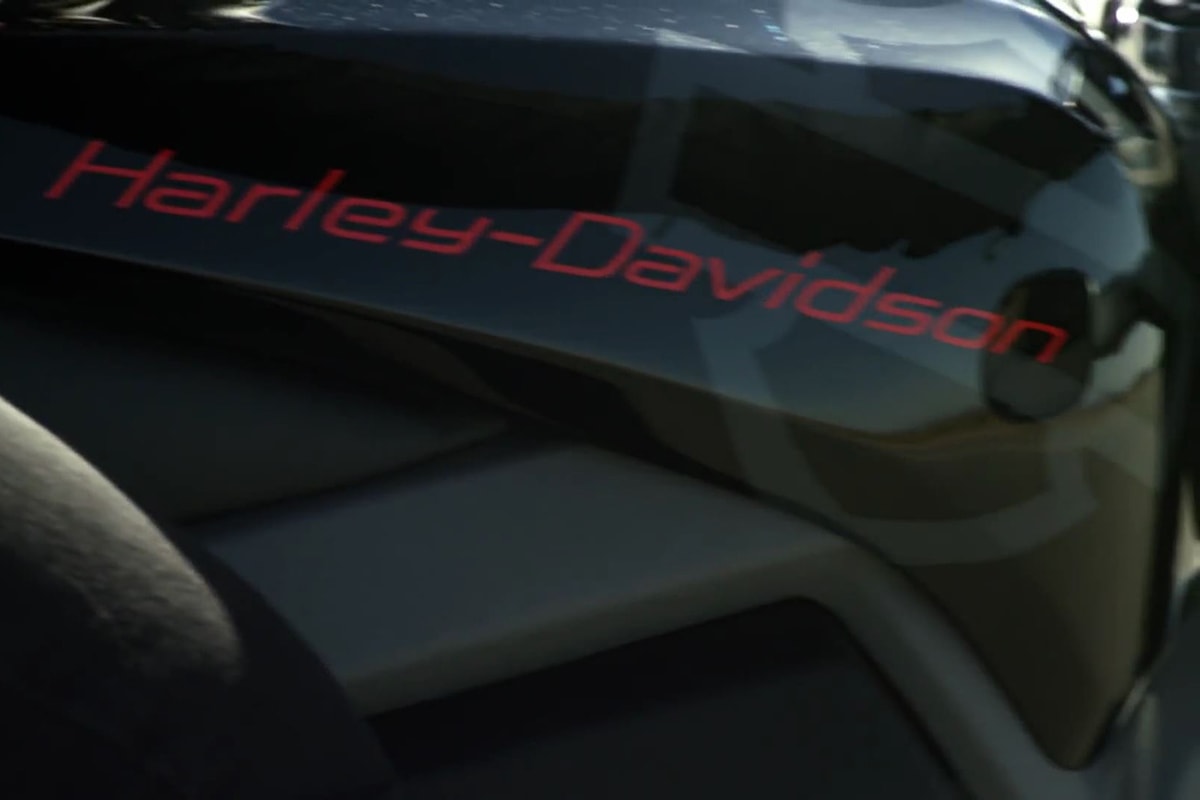 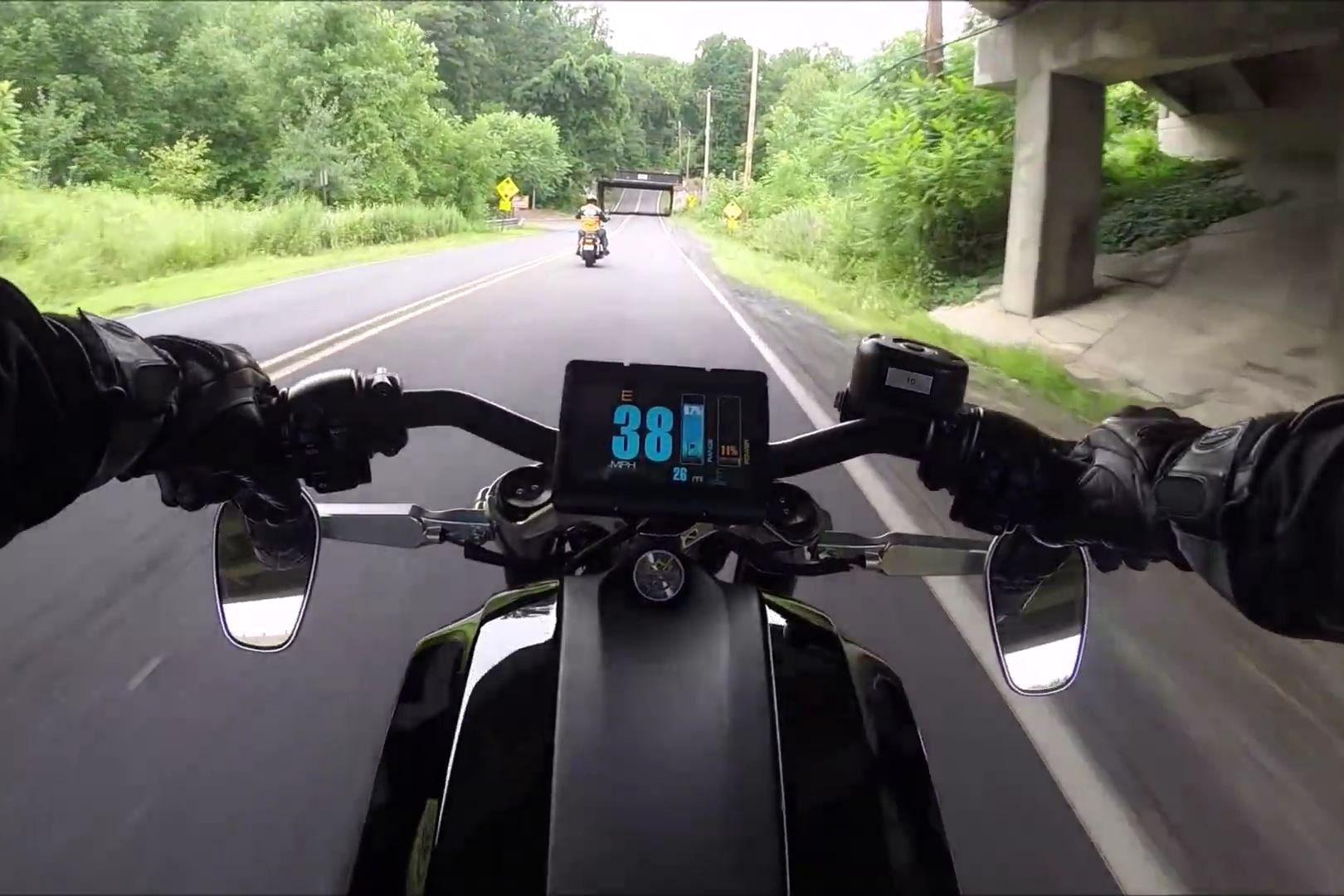 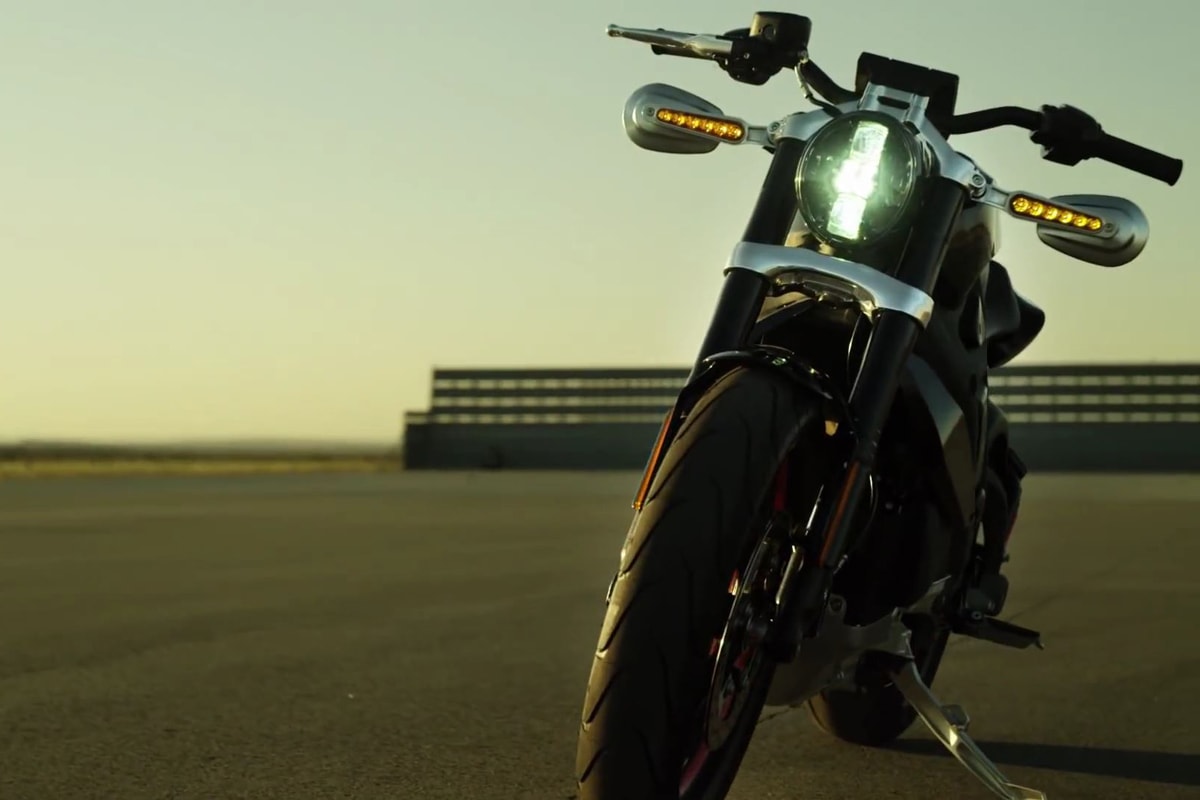 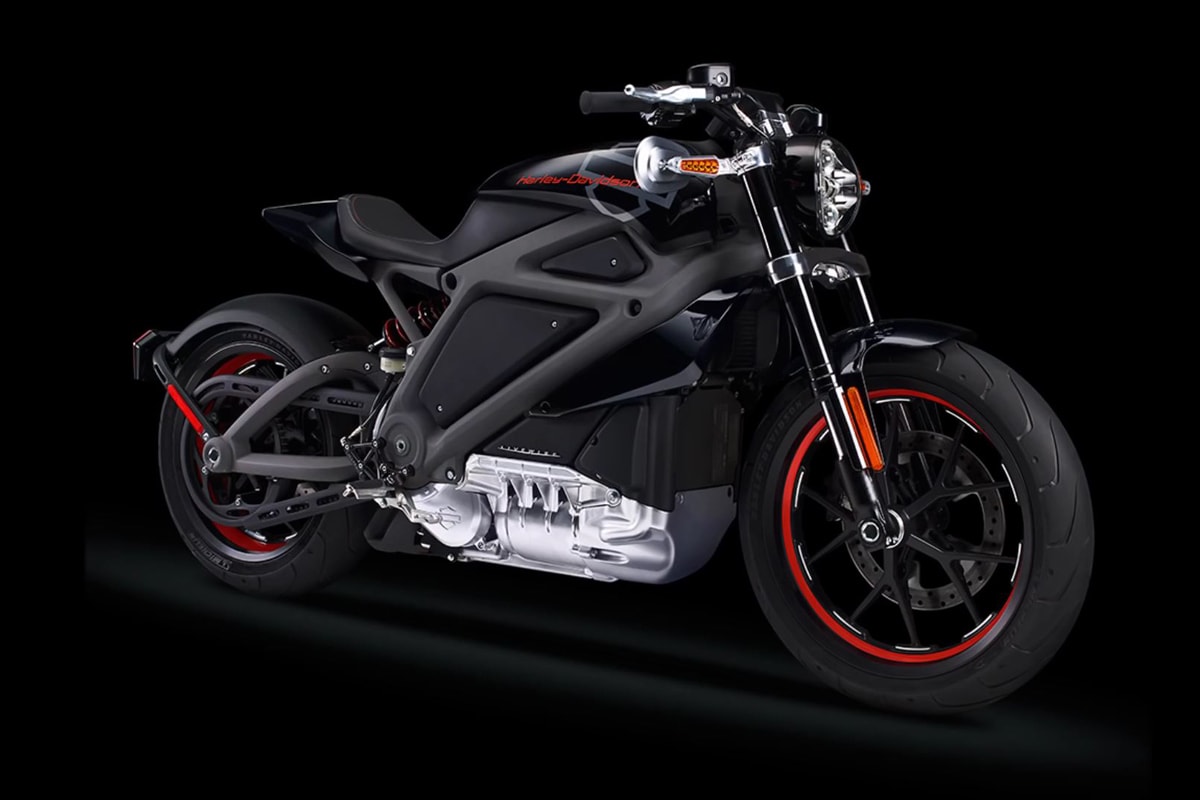 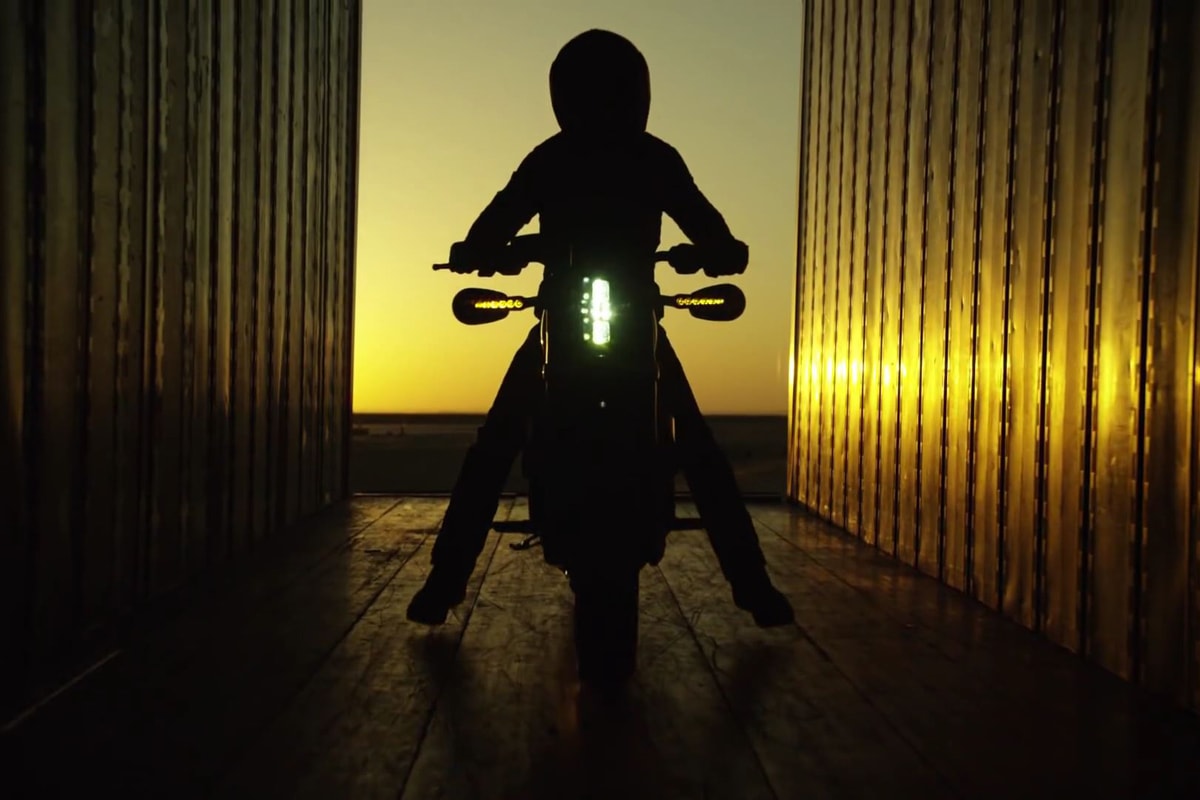 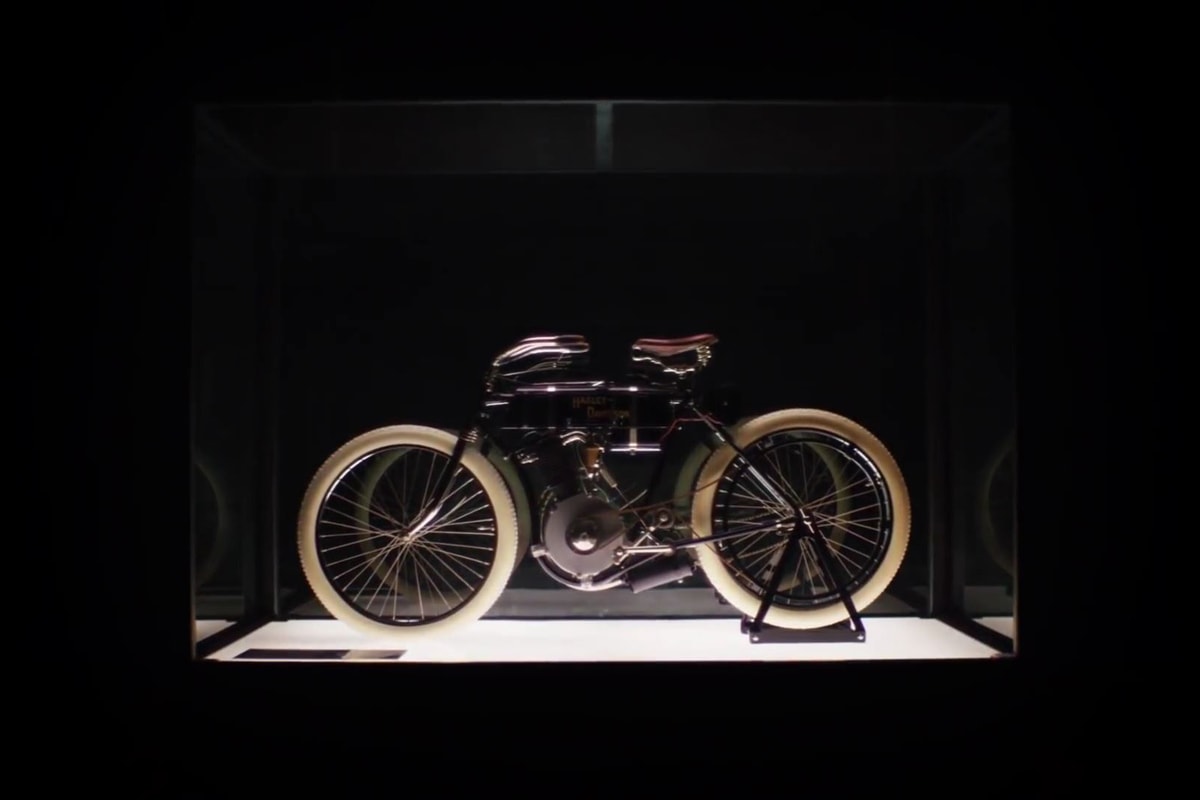 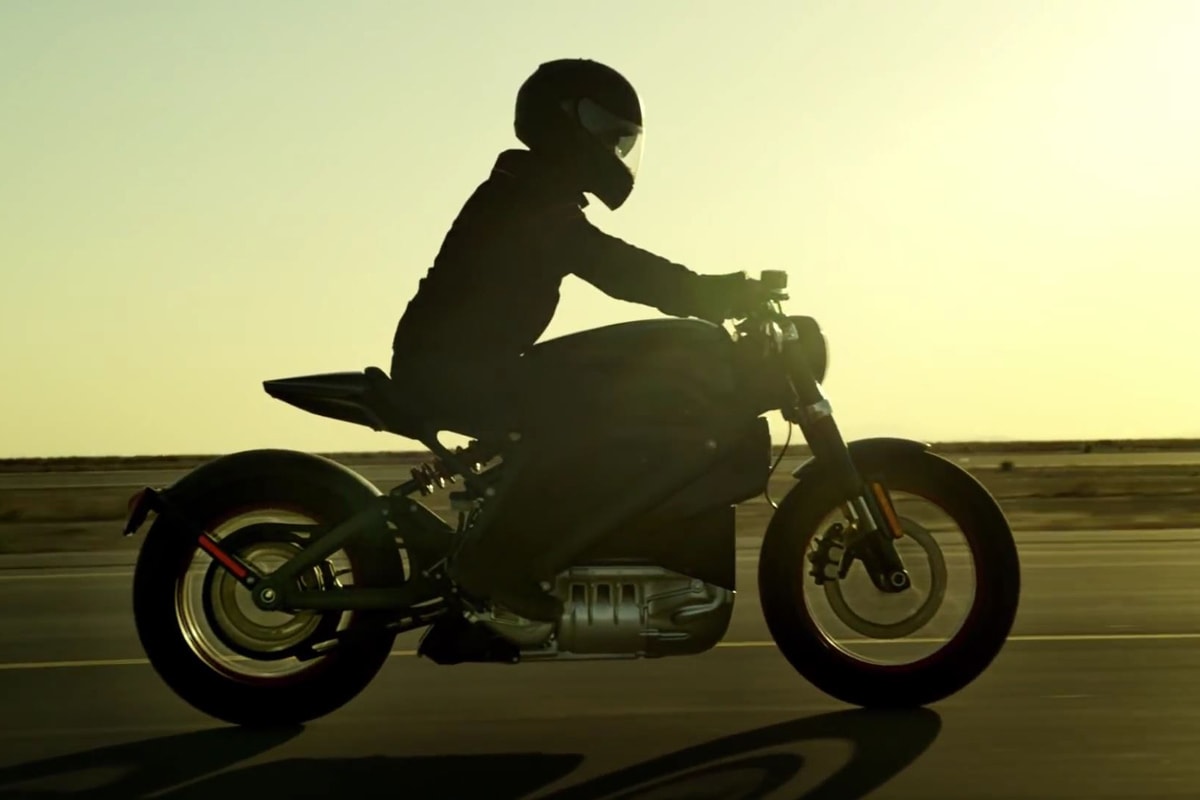 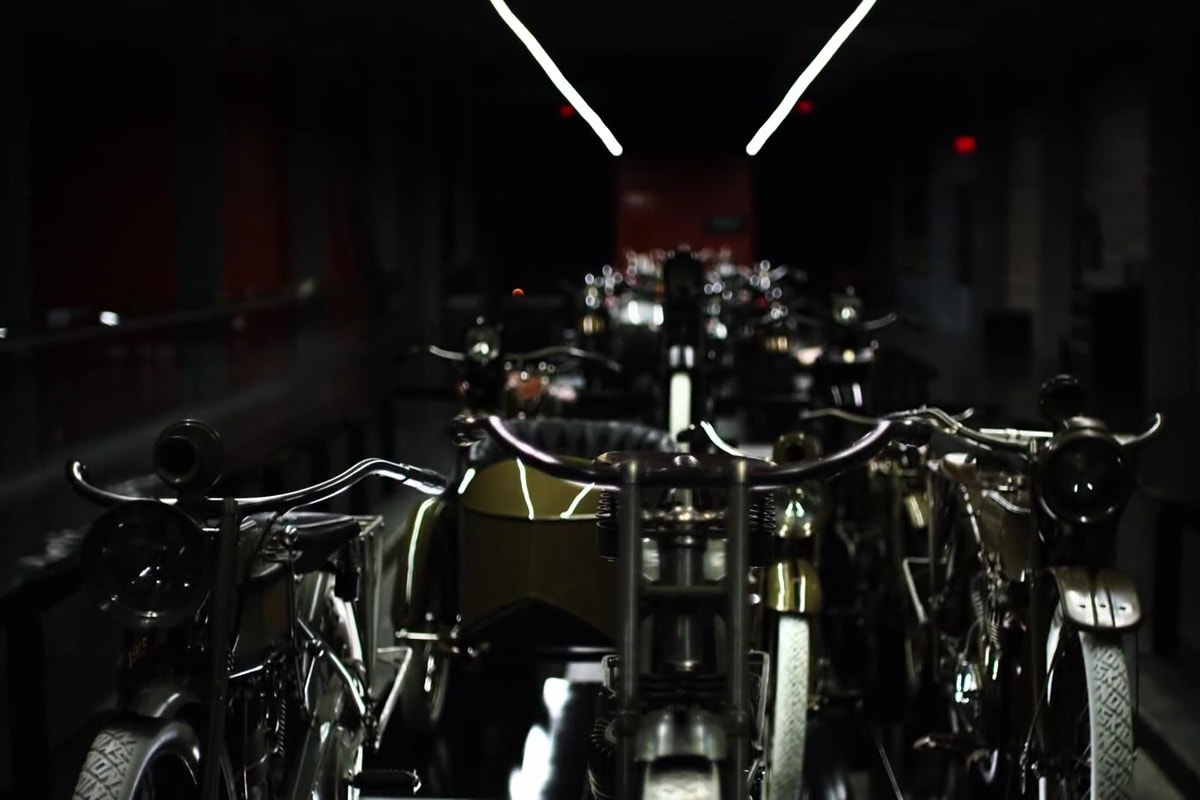 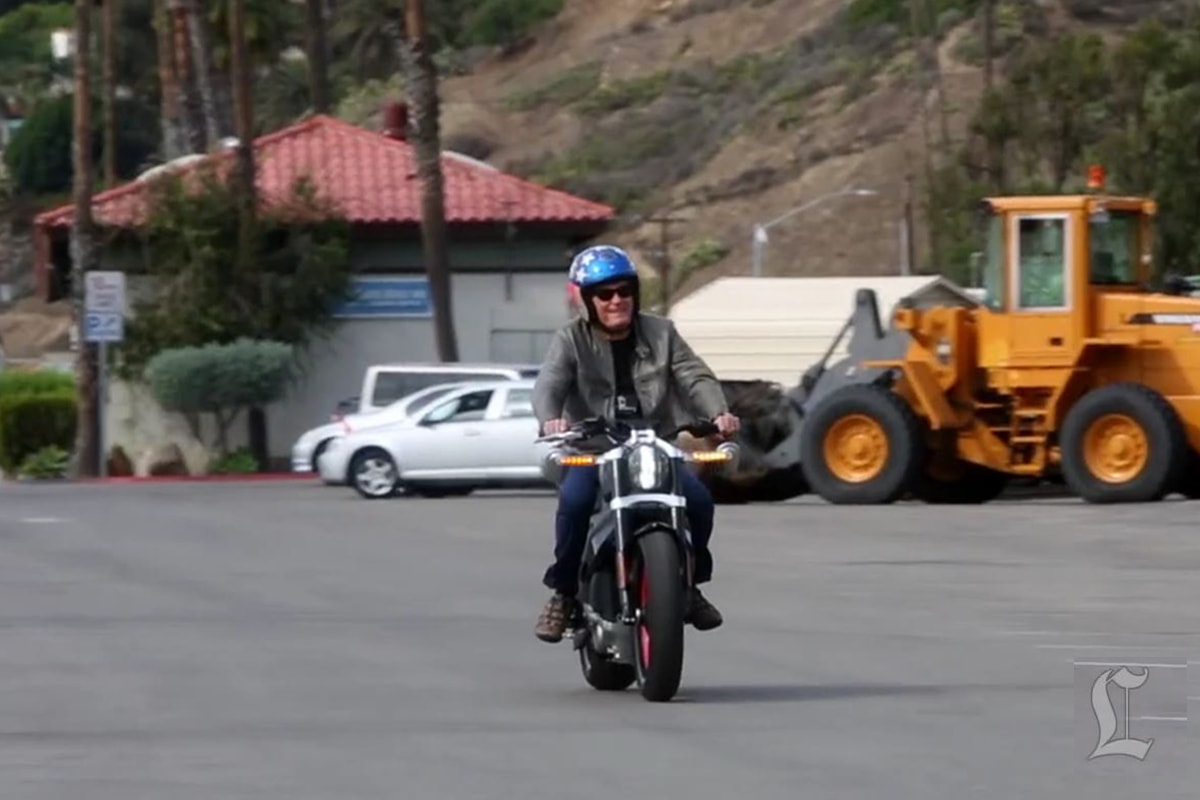 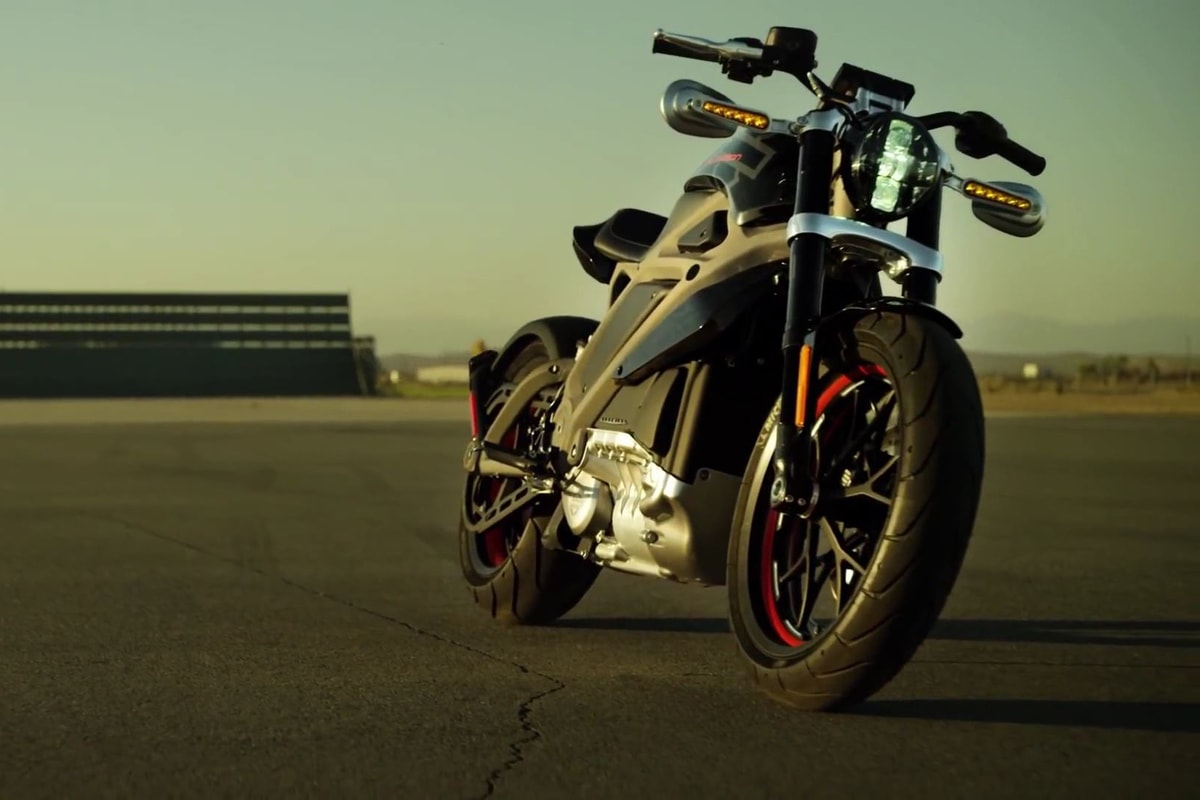 A few years ago, Harley-Davidson stuck their toe in the shallow end of the electric motorcycle market. A recent announcement from the company is a cannonball.
Screenshot from Harley-Davidson video unless otherwise noted.

Four years ago, Harley-Davidson showed the world a brand new bike: the Livewire. As the name implies, Livewire is an electric bike, and most people who got the chance to ride it loved it. However, like all electric vehicles in their infancy, it didn’t have much range, although it did have awesome acceleration and speed.
Since 2014, HD has been quietly working behind the scenes to develop and release a line of electric bikes with the range, speed and acceleration enthusiasts demand. In this quest they recently invested heavily in electric bike manufacturer Alta. HD had originally told reporters that they would come out with an electric bike “sometime in the future.” It was just announced that that “sometime” will be in about 18 months, in 2019.
Two people in the Davidson family still work for Harley-Davidson. One of them, William Davidson, got a chance to ride the Livewire when it was debuted prior to a marketing ploy ride down Route 66 that company engineers used to test the bike. Davidson recently told reporters “I have ridden the Livewire, and the first time I rode that bike, I came back and was smiling and doing fist pumps in the air.”
“It’s a totally different experience, electric motor versus our V-Twin motors, but it’s exhilarating,” he continued. “And I have to say, the things that we focus on, our core competencies as a company and what we focus on from a motorcycle perspective: the look, sound, and feel… The look is truly Harley-Davidson. The feel is truly Harley-Davidson.”
“Now, the sound is different. It’s not going to sound like our air-cooled motors. But I will tell you that what we’ve done is we have engineered into the engine and transmission a unique configuration which creates a unique electric motor sound. So, we’ve compared a lot of other bikes that out there today. We said you know what, great, but we need to have a unique sound even if it is electric. And we’ve been able to do that and it sounds really cool,” Davidson concluded.
One of the benefits of an electric motor is that it can go from zero to full power almost at the flick of a switch, whereas internal combustion engines have to spool up. Davidson said that the engine-transmission combination they devised generates a sound similar to a jet engine and gives hair-blowing acceleration off the line. The problem to date has been range. Livewire’s range was poor - according to some reviewers at the time, less than 50 miles. Engineers needed to beef it up some before they had a bike the company thought would sell.
Earlier this month it was announced that Harley-Davidson had acquired an interest in California electric dirt bike maker Alta Motors. Alta has been making dirt bikes since 2010. The company’s website says that their bikes have four hours of battery life in “Expert Single Track and Woods” mode and an hour in “Backyard Moto.” This would theoretically give a bike a range of 120-160 miles plus at 30-40 MPH. Matt Levatich, HD CEO, said in a statement when this was announced, “Earlier this year, as part of our 1-year strategy, we reiterated our commitment to build the next generation of Harley-Davidson riders, in part, by aggressively investing in electric vehicle (EV) technology.”
Image from Los Angeles Times video

“Alta has demonstrated innovation and expertise in EV and their objectives align closely with ours. We each have strengths ad capabilities that will be mutually beneficial as we work together to develop cutting-edge electric motorcycles,” Levatich added.
On a conference call with investors in January, Levatich told analysts, “The EV market is in its infancy today and we believe it will drive excitement into our sport globally in both traditional and nontraditional spaces. You’ve heard us talk about Project LiveWire. LiveWire is an exhilarating, no excuses, electric Harley-Davidson. Over 12,000 riders told us so through the demo rides we provided around the world and it’s an active project we’re preparing to bring to market within 18 months”
Screenshot from YouTube video.

On the same call, Chief Financial Officer John Olin said that $25 to $50 million per year will be invested on electric motorcycle technology for several years. Being the world’s leader in the electric motorcycle market is Harley-Davidson’s goal with this commitment. The recent investment in Alta Motors is part of that commitment. Olin said, “Our brand stands for freedom and independence and personal freedom, and we think the brand is fundamentally sound.”
The motorcycle market around the world is already well below peak levels before the financial crisis. However, many countries around the world announced that they would heavily tax US imports after US President Donald Trump announced that he would impose tariffs on aluminum and steel imported from certain countries. Several of the countries that made announcements recently were not affected by the proposed tariffs.
Back to Post
About Mike Aguilar 388 Articles
Mike's love of cars began in the early 1970's when his father started taking him to his Chevron service station. He's done pretty much everything in the automotive aftermarket from gas station island attendant, parts counter, mechanic, and new and used sales. Mike also has experience in the amateur ranks of many of racing's sanctioning bodies.

2 Comments on Harley Doubles Down on E-Bike