RacingJunk News > News > [Gunner’s Classic Corner] – Thanks for the Memories

When the average person retires they say “Thanks for the memories,” take their gold watch, go home to nestle into the easy chair and turn on the TV. But Tom Ales didn’t do that. The retired Kimberly-Clark engineer said “Let the memories begin,” then picked up his wrenches and started building hot rods, crewing for a Bonneville race team and putting together a Fiat Topolino dragster.

The monster-motored Ales & Rymer “Italian Mouse” car was a hit at the Appleton Auto Show in Appleton, Wis., where it sat in a tent next to Lloyd Gauerke’s stock-looking Fiat Topolino. (Gauerke—a retired Miller welding engineer—actually has a motorcycle engine in his car, but don’t tell anybody.) Hundreds of spectators enjoyed comparing the two Fiats side-by-side.

Tracey Rymer is Tom Ales daughter and she pilots the replica-bodied fiberglass 1948 Topolino altered coupe down the quarter mile in bracket races at Wisconsin International Raceway in Kaukauna, Wis. The crew consists of Tom, his wife Darlene and the Rymer family Tim, Morgan and Jensen.

Powering the dragster is a 421-cid Chevy small block V-8 that flows power through a two-speed Powerglide automatic transmission. Underneath the fiberglass Fiat body is a Spitzer chassis with a four link suspension and chrome moly tube construction. The car has run the quarter in 8.5 seconds at 153 mph.

In his spare time, when he is not wrenching on the dragster, Tom crewed for the Fox Valley Technical College Firebird that turned in a 193 mph performance at the Bonneville Salt Flats in the September 2012 Uthah Salt Flats Racing Assoc. “World of Speed” event. At home, he spends evenings working on other projects like a ’57 Chevy Bel Air with a late-model fuelie engine and a late-1920s Chrysler coupe fitted with a hopped up GMC six. Easy chairs and television will not be a big part of Tom’s retirement memories. 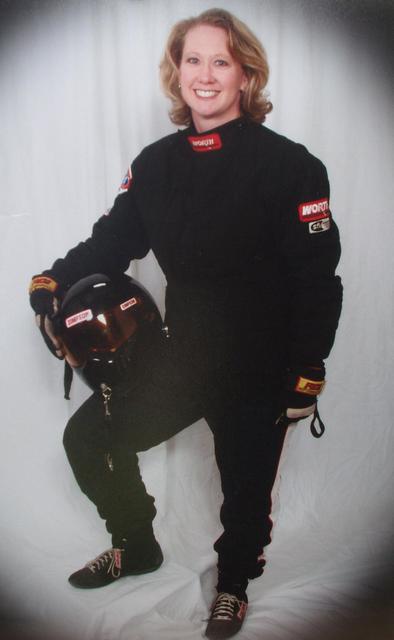 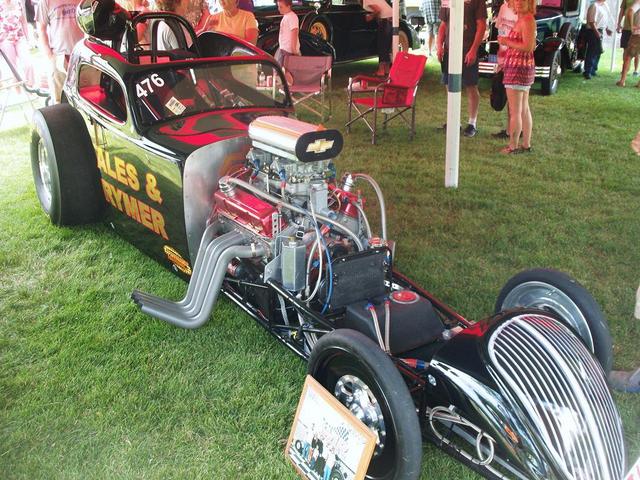 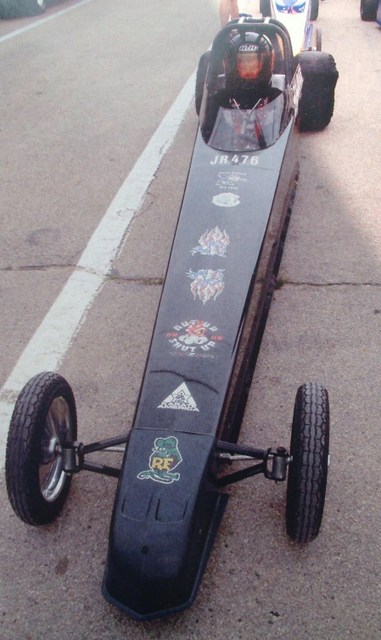 Tom says he built the car on a budget but it looks professional. 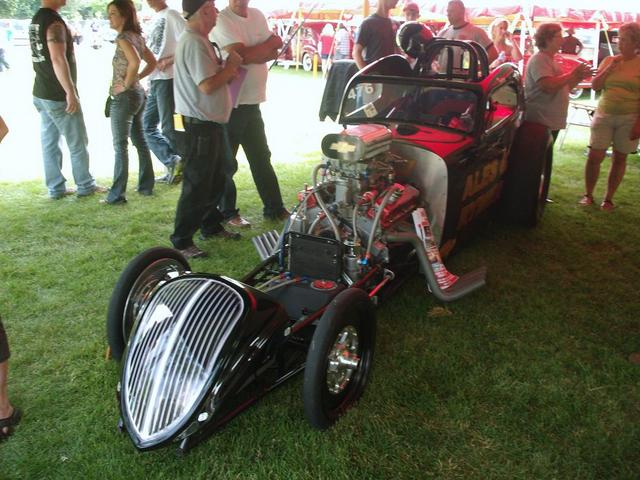 The body is a fiberglass replica of a ’48 Topolino. 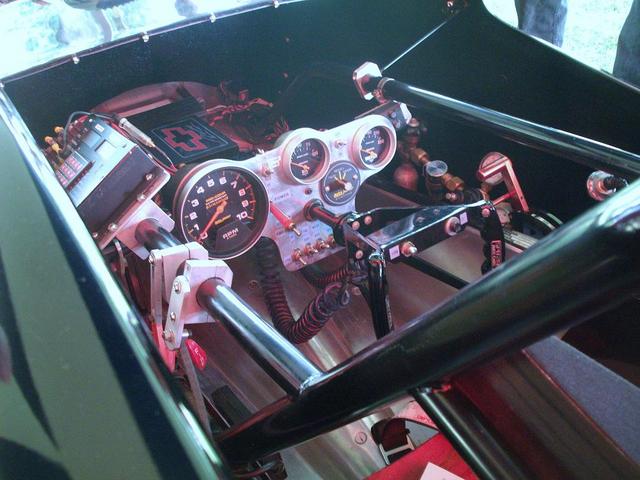 Tom’s workmanship is reflected in the interior. 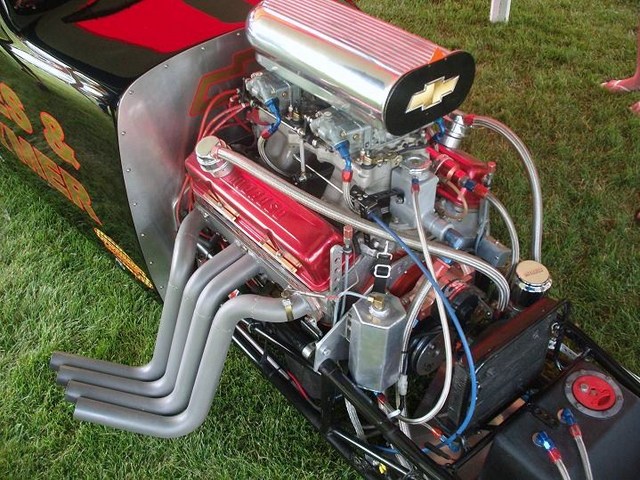 The small-block Chevy in the car is built for racing. 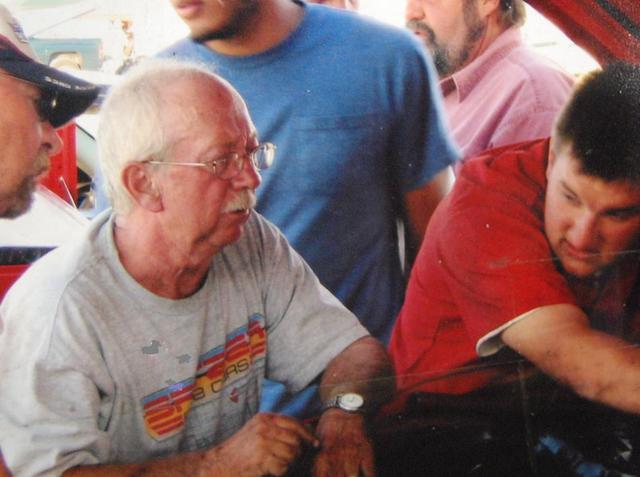 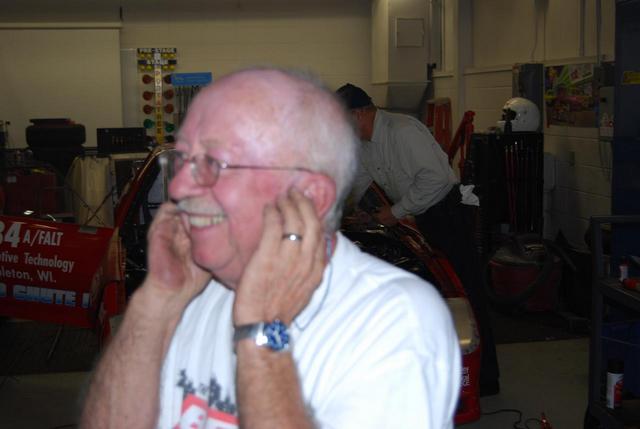 “Ah! That engine noise is music to my ears!” 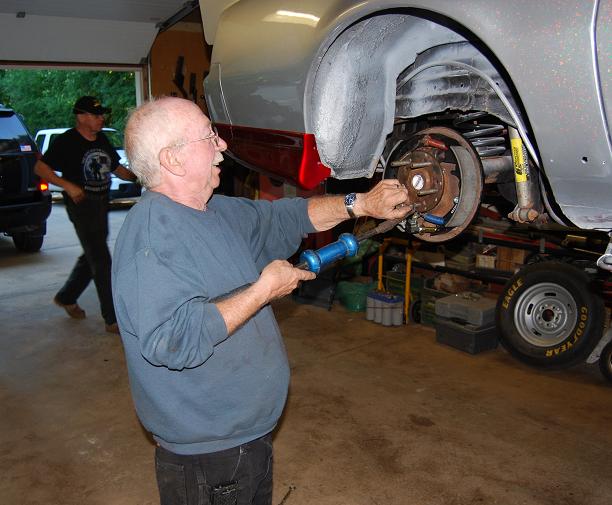 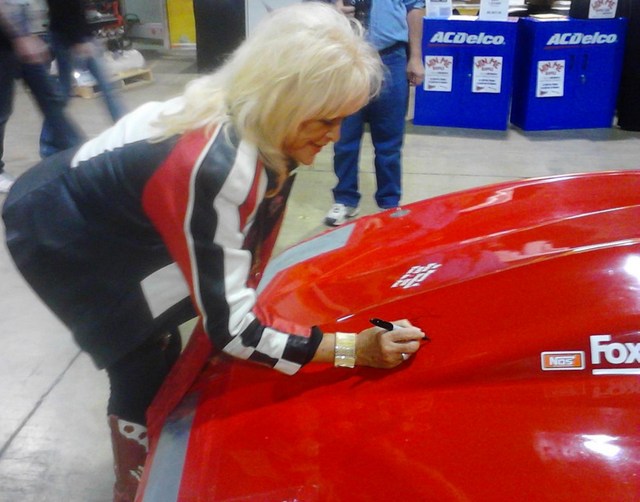 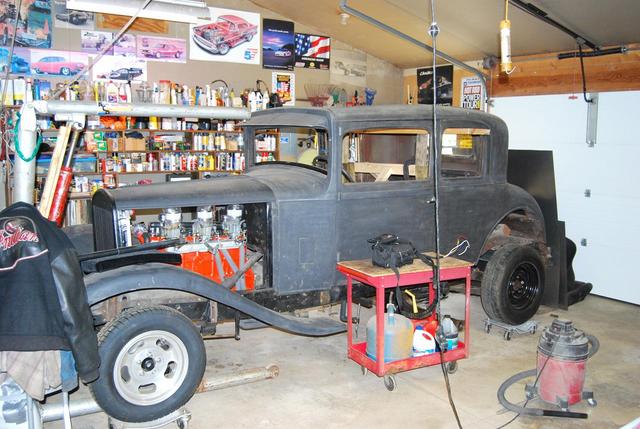 One of Tom’s other projects is the GMC-powered Chrysler coupe. 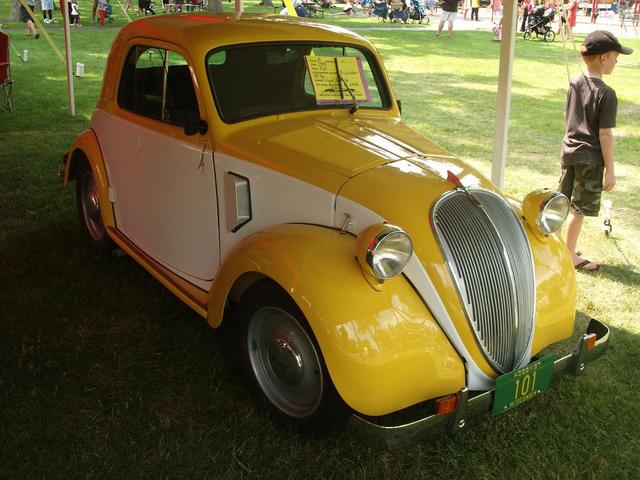 Lloyd Gauerke’s stock looking Fiat was next to Tom’s dragster.