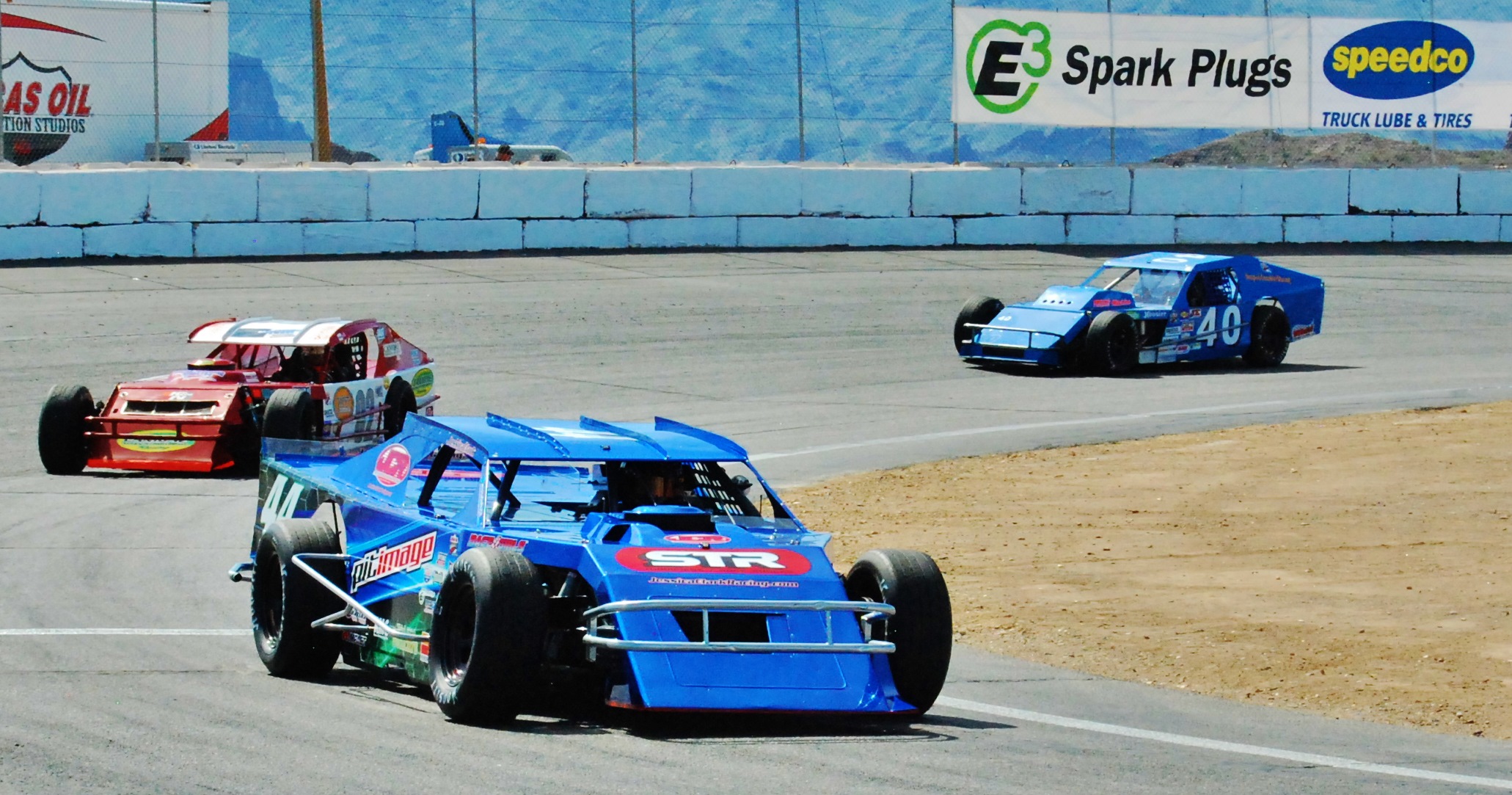 RacingJunk.com is home to all varieties of racer, from those new to the field to industry veterans. Periodically, we will feature updates and interviews with young professionals climbing up the competitive ranks.

Jessica Clark is a two time USAC Champion Racer currently running in the Lucas Oil Modified Field for Jessica Clark Racing.  In 2011, she became the first woman in USAC history to win two championships in a year.  She provides her fans with monthly updates of her team’s progress.

As usual, summer is flying by! Since the racing schedule isn’t as heavy this year, I’ve been able to indulge in surfing and line dancing when time allows. Racing the NASCAR modified is fun, intense, and extremely competitive. Although we’ve had some struggles with the car setup, which has affected our results, my crew and I continue to persevere and work together to tune the car.

This season I compete in two 40 lap races in the same night. I have about 45 minutes to recover from the first main event to the second. I work with a personal trainer, Stephanie Mackins, on building core strength. She has become one of my best friends.  The double feature race schedule has been really easy so far – thanks Stephanie! 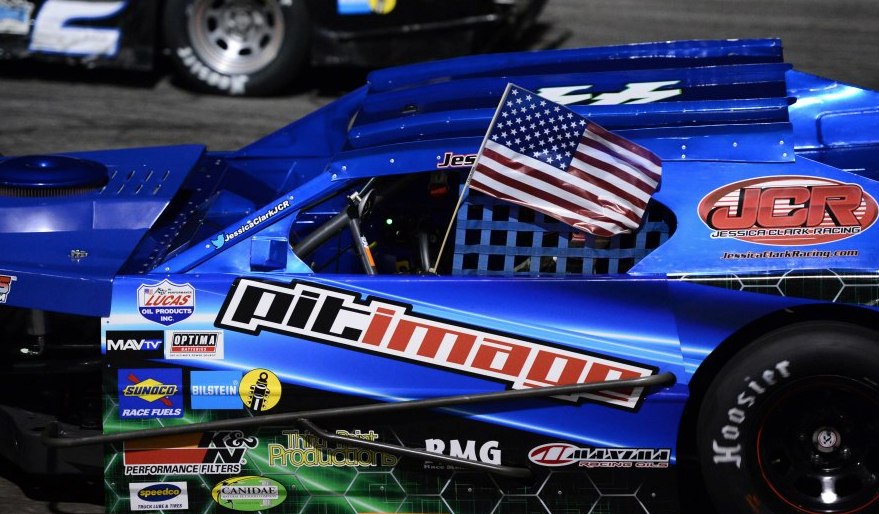 At a race in June, I qualified seventh in a 17 car field. I was really happy with that since I have less horsepower than most of the other cars. I was second in the Trophy Dash, and then placed eighth in the first main event. Due to the invert, I was on the pole for the second main. My car was great that night, and I had the confidence to start up front. After an amazing start, I went into turn one ahead of the field. Unfortunately, the car behind me dove down and hit my rear bumper causing me to spin. I wish I could say the entire field missed me; however, one car plowed into the left side of my car and ended my race before it really got started. I was NOT happy. The driver who spun me was sent to the back of the field.

When the race ended, and the drivers returned to the pits, I had to do something I had never done before in my racing career – confront a driver about his actions. Since I’m one of the youngest drivers, and the only female, it’s imperative that I establish myself as someone to be taken seriously. The driver who spun me was engaged in a shouting match with another driver who had also been spun, so I decided to wait 10 minutes for tempers to cool down. I took a deep breath, walked over to his trailer, thrust out my hand and introduced myself. That caught him off guard! His crew members each took a step backwards and stayed quiet – phew! I allowed him to make an excuse for his actions, and when he was finished, I let him know he was wrong and ruined the race for both of us. He ended up apologizing, and I told him not to let it happen again. Unfortunately, it did! I’ll get back to that.

After the race in June, my family and I went on a much anticipated vacation. We went surfing in Hawaii! We haven’t been on a vacation for a couple years so it was a really nice break from racing, school, work, etc. We didn’t talk about racing at all. A highlight of the trip was the day I surfed the same break as Bethany Hamilton – the professional surfer whose arm was bit off by a shark. I waved at her and she said, “Hi!” I admit to being a little star struck because her story is a source of inspiration to me.

I was back in Stockton for another set of twin 40s in July. It turned out to be a frustrating weekend because it seemed we were going backwards with the car setup. Although I finished both races, we were 13th and 14th. Both the crew and I seemed to lose a little confidence that day. A week later, my devoted crew discovered that the left rear shock mount was broken, and that’s why the car continued to be loose in spite of our tuning adjustments. By the way, I was spun by the same driver again during the first race of the evening. It was ridiculous! When I confronted him this time, he was crouched down taking tire temps and wouldn’t look at me. He apologized again and said he couldn’t help it. I decided to keep the conversation brief and to the point! I asked him if his car had breaks – he said yes – I told him to use them – he said okay. I’m not the type of driver who retaliates because it will reflect poorly on me. 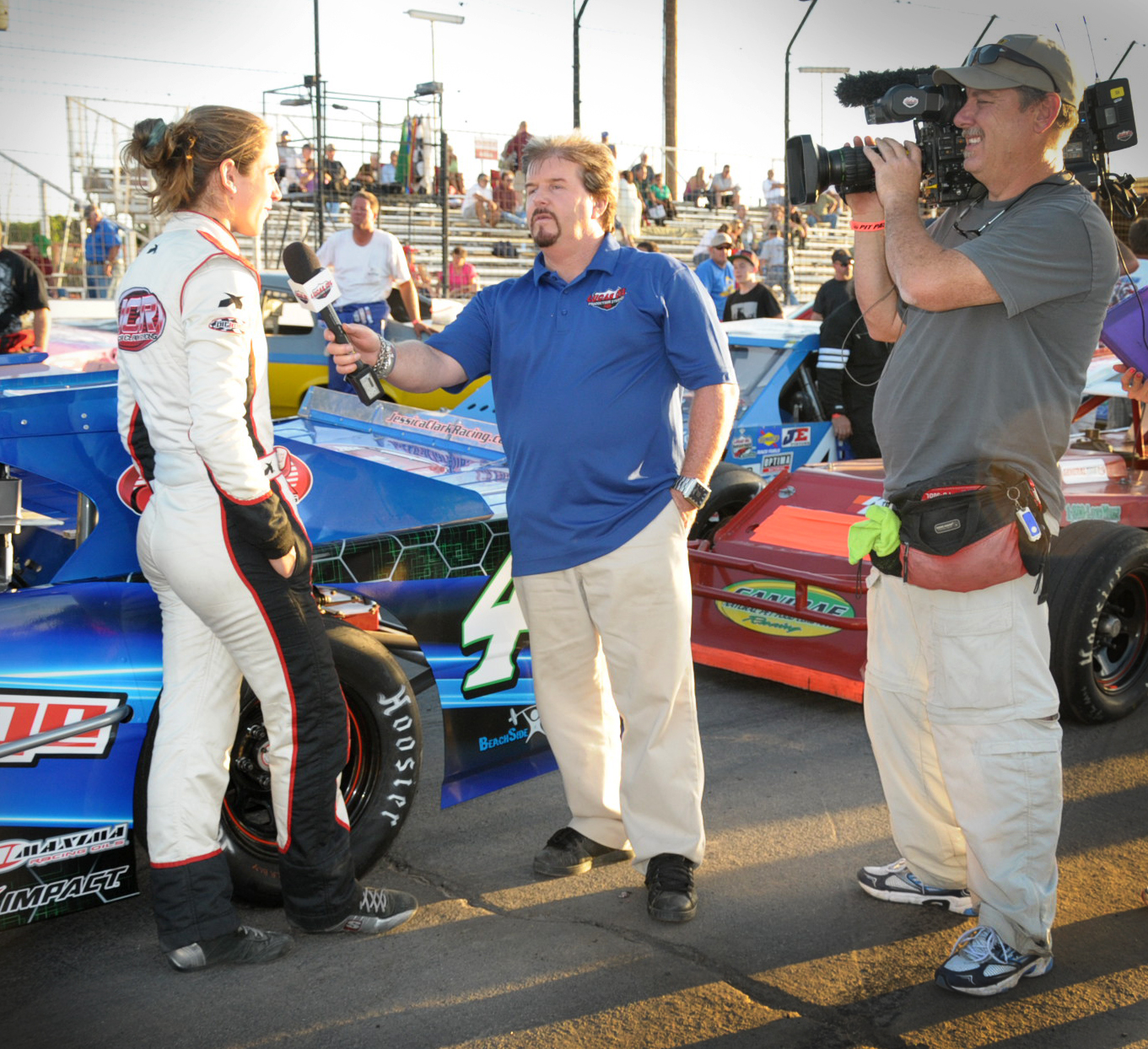