The Countdown to the 2017 NHRA Championship is well underway and with two races left in the season, we can’t wait to see who comes home with the ultimate in podium finishes. After the fourth of six playoff races, the closest championship battle is currently taking place in the Pro Stock Series, with KB Racing’s own Greg Anderson leading the charge. We recently caught up to the four-time NHRA Pro Stock World Champion to find out a little more about his winning ways.

Where did your drag racing career begin?

My history is a bit different than most drivers these days in that I didn’t set out to become a NHRA Pro Stock driver. In fact, I wanted to be a crew member who worked on the car, vs. took it down the track at each race. When I was growing up, I used to go to several local drag races with my father, who competed in a Competition Eliminator car, and work at his car lot as a mechanic and even on auto body repairs. I also worked on several Competition Eliminator cars throughout high school.

I guess that is why by the time I graduated, I knew that I wanted to be a mechanic for an NHRA Pro Stock team. Fortunately, this dream came true thanks to “The Professor of Pro Stock,” Warren Johnson. I was lucky enough to work for this drag racing legend for 12 years, as a Team Mechanic and eventually as a crew chief. This was essentially it for me and I had no intentions to go anywhere else until he offered both myself and his son an opportunity to attend the Roy Hill’s Drag Racing School to learn how to drive a Pro Stock car.

While the intention was initially for both of us to learn how to become more knowledgeable crew chiefs for his team, we both wound up with the bug to begin driving.

Why did you choose Pro Stock over other drag racing classes?

To me, this is the top of rung in street car type drag racing. In other words, the Pro Stock class is one of the few that still has doors and an engine that takes natural tuning vs. adding supercharged materials like a blower, turbocharger or even nitromethane gas to obtain the most horsepower. As someone who loves to see what a little bit of elbow grease can do to turn a street car into a powerhouse, I just knew that this is where I wanted to be.

What was it like to go from mechanic and crew chief to Pro Stock driver? 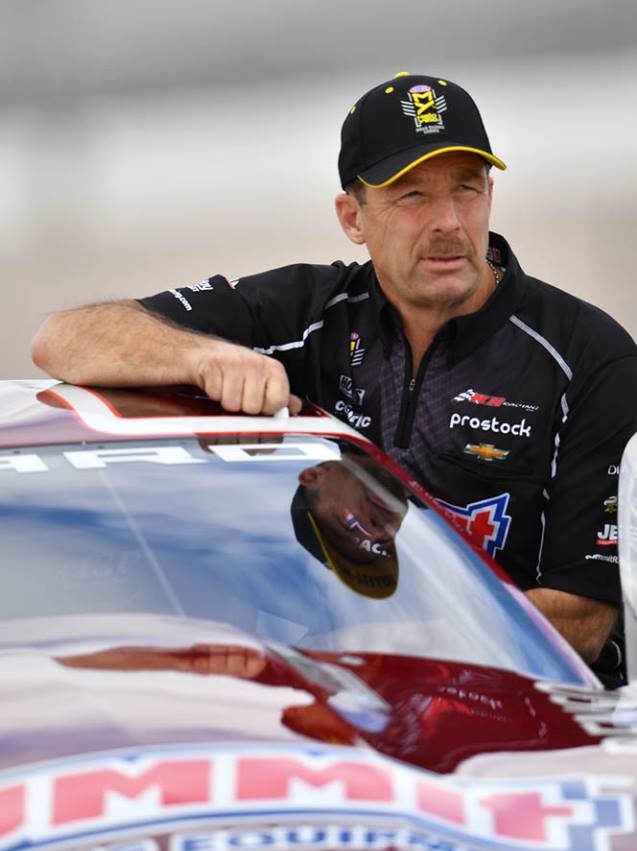 My first race I was a bundle of nerves, but I kept telling myself that I had been around these cars and aided with setups that brought home victories so many times that driving one should be easy. Despite my giving myself a pep talk, when I pulled up to the line for my first pass, my mind went completely blank and I made so many mistakes that I couldn’t believe it. I realized then that it would take time to learn how to go from one side of the sport to the other and become a success.

When did you begin to see success as a Pro Stock driver?

I won my first NHRA Pro Stock race, as a driver, within three years, and my first NHRA Pro Stock championship within five years. It wasn’t until 2004, when I formed KB Racing, that my driving career really started to take shape. When I started this team, I hired certain people who I knew were the best at important aspects like clutch tuning, driveline and chassis tuning for a Pro Stock dragster, and engine tuning. I feel like this gave us an edge because we focused on my car from bumper to bumper vs. relying on all of the power coming from the engine. As a result, we were able to elevate the performance level our first year out of the gate. In fact, we set 20 track records, set NHRA records for most victories and earned my second consecutive NHRA Pro Stock world championship by the largest margin of victory in the sport’s history. I was even named the national motorsports Driver of the Year by motorsports media.

Now that you have racked up four NHRA Pro Stock world championships, what is it going to take to bring home your fifth win this season? 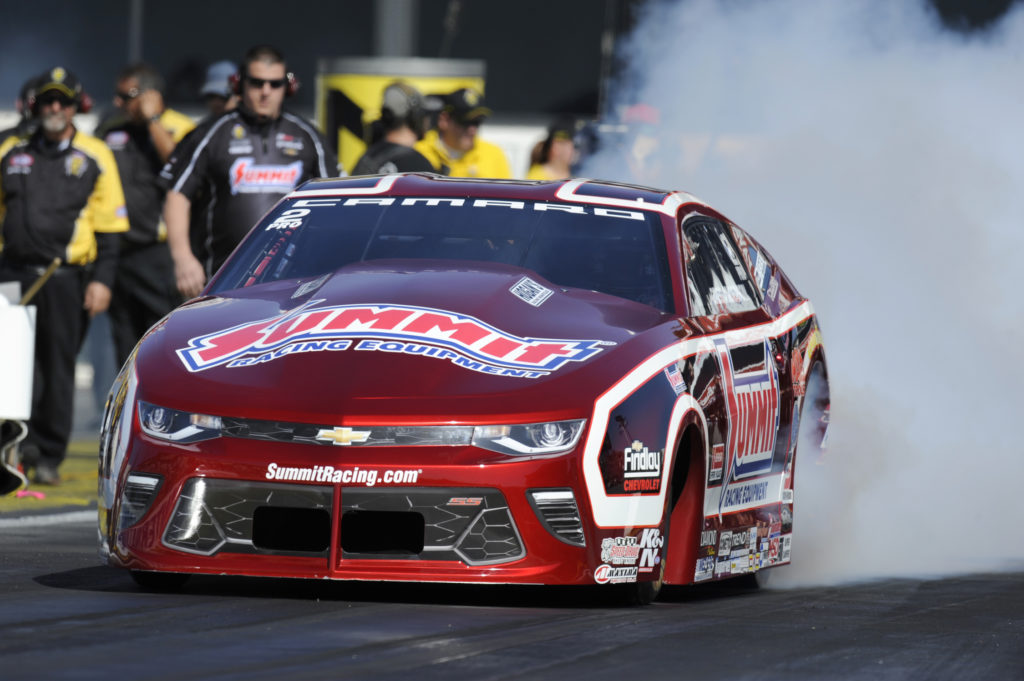 Honestly, this is going to be one of the most challenging years yet. Last year, I feel that our team had a bit of an advantage by switching to a fuel injection system and being one of the few that found a working setup quicker than most of our competition did. This year is a whole different scenario, where any of the 10 cars competing can win on any weekend. Look at the current point standings and this is becoming quite obvious. Honestly, it is going to take having top-notch reaction times, having the ability to handle anything that comes at us and keep everything as error free as possible. Look at Jason’s performance at Texas. He is quickly catching both Bo and I, so we are going to have to step up our game going into the final races of the season.

What is your advice to those who have dreams to be a successful NHRA crew member or driver like you someday?

There is no easy way into this sport. No matter where you want to be in the sport of drag racing, it takes a lot of hard work as well as the willingness to get your foot in the door doing any job that it takes to work your way up. You can’t just come to a team and say, I want to be a crew chief or the actual driver. In fact, my teammate Jason Line originally joined KB Racing as the dyno specialist/engine tuner. He found a lot of hidden power too – power that set the team apart from others in the Pro Stock class. And while he turned out to be a darn good racer too, Line’s favorite part of the gig is still the tuning.

What does your future in the NHRA look like going down the road?

Honestly, I am probably like any competitive athlete. I am going to keep driving until I am no longer competitive. If or when I get to the point where I feel like my age is taking a toll and my reflexes are slowing down, I will be sure to hand the steering wheel over to the next talented driver coming our way. I don’t see this happening right now and hope that it won’t for the next three to four years, but when it does I will be more than happy to pass along my knowledge and experience to the next generation.

We at RacingJunk.com wish Greg Anderson and his entire KB Racing team the best of luck as the NHRA’s Countdown to the Championship continues at the 17th annual NHRA Toyota Nationals, at The Strip at Las Vegas Motor Speedway. Stay tuned to RacingJunk.com to learn more about your impending 2017 NHRA champions.