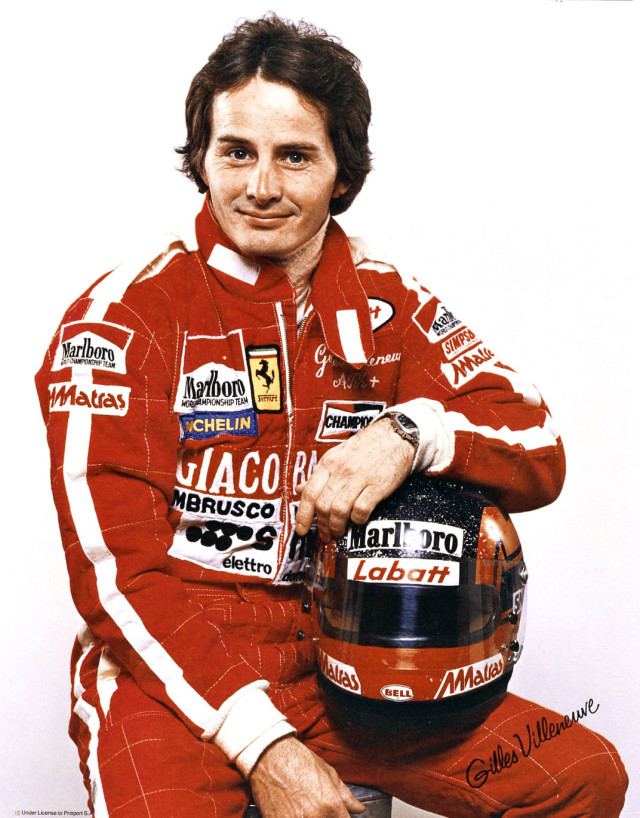 If drivers can be divided into two schools, the hard-charger and the planner, Villeneuve occupies the former – and his aggressive, dramatic driving style lands him atop that pile in many eyes. Villeneuve wore his heart on his sleeve and drove a wide-tired F1 car like a kart. Most strikingly, he possessed a Jekyll-Hyde personality:  he was shy, soft-spoken and totally without guile outside the car, but once he was strapped in, he changed. Aggressive, daring, near-suicidal and incredibly talented, he knew how to stir an audience, but still drove fairly. He was a hard man to sum up, but legions of fans loved his commitment to racing, honesty and fearlessness.

A man of modest means, Villeneuve grew up just outside Montreal in the small, French-speaking town of Richelieu. He began racing in his ’67 Ford Mustang but after some time found his way to the Jim Russell racing school at Mt. Tremblant, and found the lure of snowmobile racing too strong to resist. He admitted later in his career that much of his skill in adverse conditions came from sliding a snowmobile at 100+ mph in blinding snow.

Villeneuve progressed quickly through Formula Ford and into Formula Atlantic where, after four years of competitive running, he was noticed by James Hunt, the ’76 World Champion. Hunt took notice after competing alongside Villeneuve in a non-championship Formula Atlantic race in ’76. His quiet demeanor belied a seriousness and a competitive urge that rivaled on crazy.

In his debut race with McLaren  at the ’77 British Grand Prix – then James Hunt’s team – he stunned with his pace, but cautious team manager Teddy Mayer opted to replace him with Frenchman Patrick Tambay shortly thereafter, citing that Villeneuve “was looking as though he might be a bit expensive.”

Villeneuve’s do-or-die approach to racing, sliding along the curbs and damaging the car frequently, did not endear him to everyone – but if one team boss appreciated that approach, it was Enzo Ferrari. A man who loved the hot-blooded, fighting drivers, Ferrari signed Villeneuve up for two races at the end of the ’79 season. The “piccolo Canadese” was fit for racing from the start, and quickly grew accustomed to the demands of a Formula 1 Ferrari with the departure of Niki Lauda.

Villeneuve’s style was highly improvisational; he found tenths here and there with a natural talent that allowed him to excel in adverse conditions. He did not plan methodically. He extracted every iota of performance, regardless of the situation, and reveled in tough conditions where his potential would shine. In ’79, during Friday practice for the United States Grand Prix, Villeneuve’s lap times were 11 seconds ahead of his second-place teammate, Jody Sheckter. The South African remarked afterwards, “I scared myself rigid that day. I thought I had to be quickest. Then I saw Gilles’ time and — I still don’t really understand how it was possible. Eleven seconds!”

Such performances came to distinguish the Canadian’s approach. Even when there was no reason to push, Villeneuve pushed for the sake of it – not a terribly practical approach to motorsports, perhaps, but very impressive. This aggressive style was complimented by the fact that much of his career, he was not in possession of the strongest cars. In fact, some of his greatest victories came with a sub-standard car. The turbocharged Ferrari 126C was by no means a dominant car, yet what the little Canadian could extract from the chassis was striking. In Jarama ’81, Villeneuve kept a train of four competitors behind him for 67 nail-biting laps.

Harvey Postlethwaite, designer of the 126C, knew precisely how bad the car was. The monstrous turbo power was an advantage – producing roughly 150 horsepower over the Cosworth V8-powered competition – but the turbo lag was significant, and generally such packages performed poorly on tighter circuits like Jarama. Nevertheless, Villeneuve’s forceful style saw him chuck the powerful but recalcitrant car into the corners and open the throttle early enough to stay ahead. Part of his success during that race was due to the straight line speed, but the downforce created was significantly less than that of his competition, and he had to hustle the car around to clinch it. Considering that according to Villeneuve the 126C “behaved like a big, red Cadillac” after four laps on new tires, and the seventh-place starting position, his prospects weren’t great for the race. 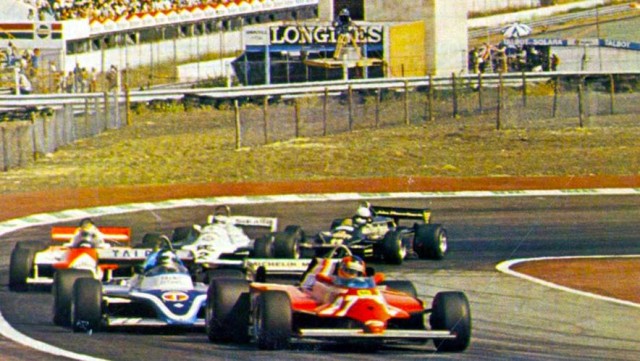 Nevertheless, Villeneuve’s charge from the start showed a man on a mission. Several retiring cars helped him move through the pack, but it was his commitment that brought him into second by the end of the second lap. He drove carefully there, never over-driving in the slower corners, but hustling down the straights. With Jacques Laffite trailing behind in a grippier Ligier, Villeneuve’s lead was challenged many times, but such was his control that he could go wheel-to-wheel mid-corner and still retain a high level of sporting conduct, never chopping or squeezing his opponent unfairly.

The open, warm-hearted Canadian welcomed his teammate Didier Pironi into the Prancing Horse in 1981. In Italy, Villeneuve was seen as a god, and it was slightly surprising to see him share in the attention with such an egalitarian attitude, as top drivers tend to be selfish people. While Villeneuve had a family at Ferrari by the time his new teammate arrived, the studious and highly-motivated Pironi began to generate his own following within the camp, and his ambition would lead to a rift between the once amicable pairing.

The two Ferrari drivers engaged in a heated battle at the ’82 San Marino Grand Prix, during which Pironi passed the Canadian for the lead after being instructed by the team to slow and conserve fuel. Villeneuve understood this as a command to remain in their positions, but Pironi saw things differently and eventually won the race. Infuriated, Villeneuve vowed never to talk to Pironi again, and carried those emotions into the cockpit for what would be his final race.

At the Belgian Grand Prix that year, Villeneuve, likely incensed still and trying desperately to better his qualifying time against Pironi, took a massive risk in trying to overtake the slowing Jochen Mass. The two collided, sending Villeneuve flying 150 feet from his car, helmetless, into the catch fencing. He was taken to hospital and died later that night as a result of a broken neck, at the tender age of 32. With that accident went one of Canada’s greatest sporting heroes, a meteoric star with an odd mixture of consideration and aggression, one who will likely never be copied.