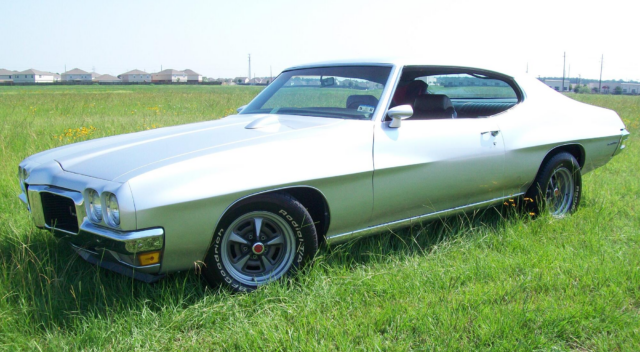 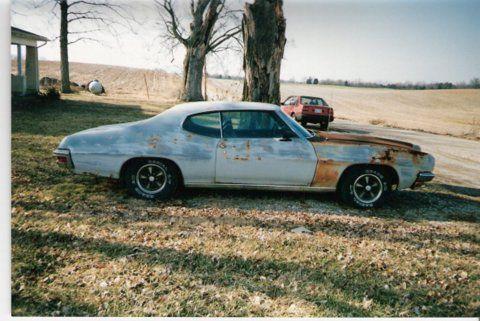 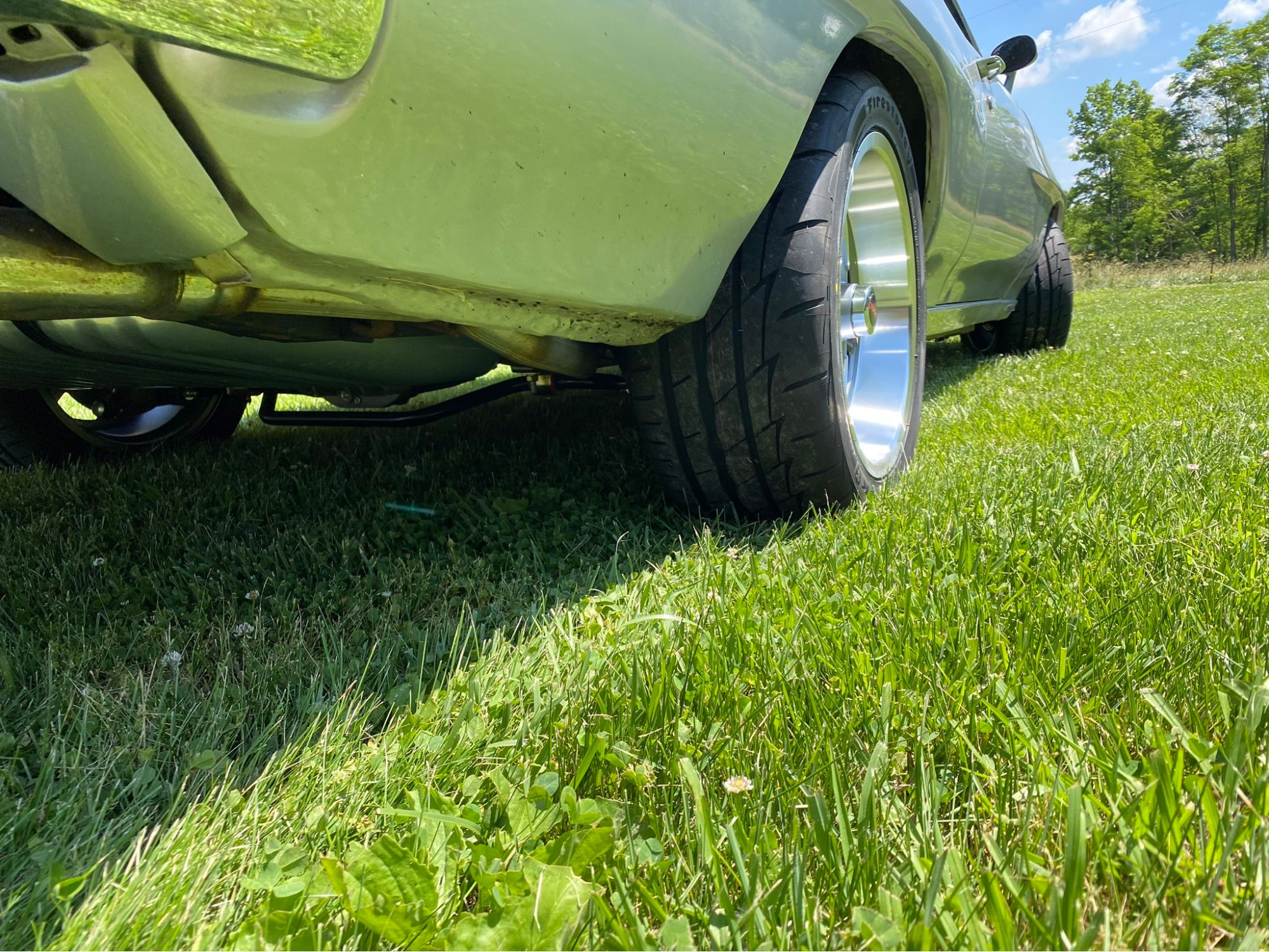 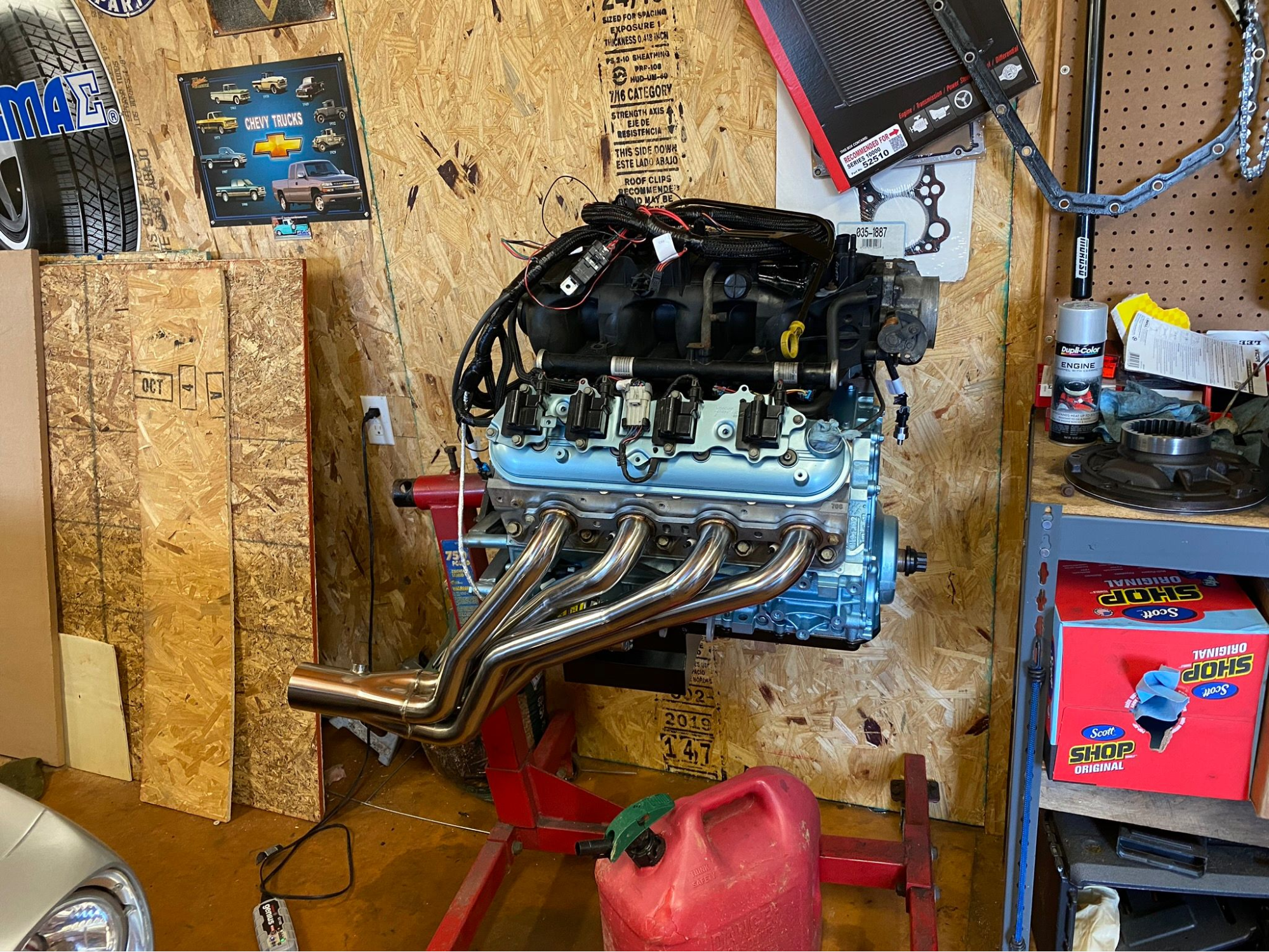 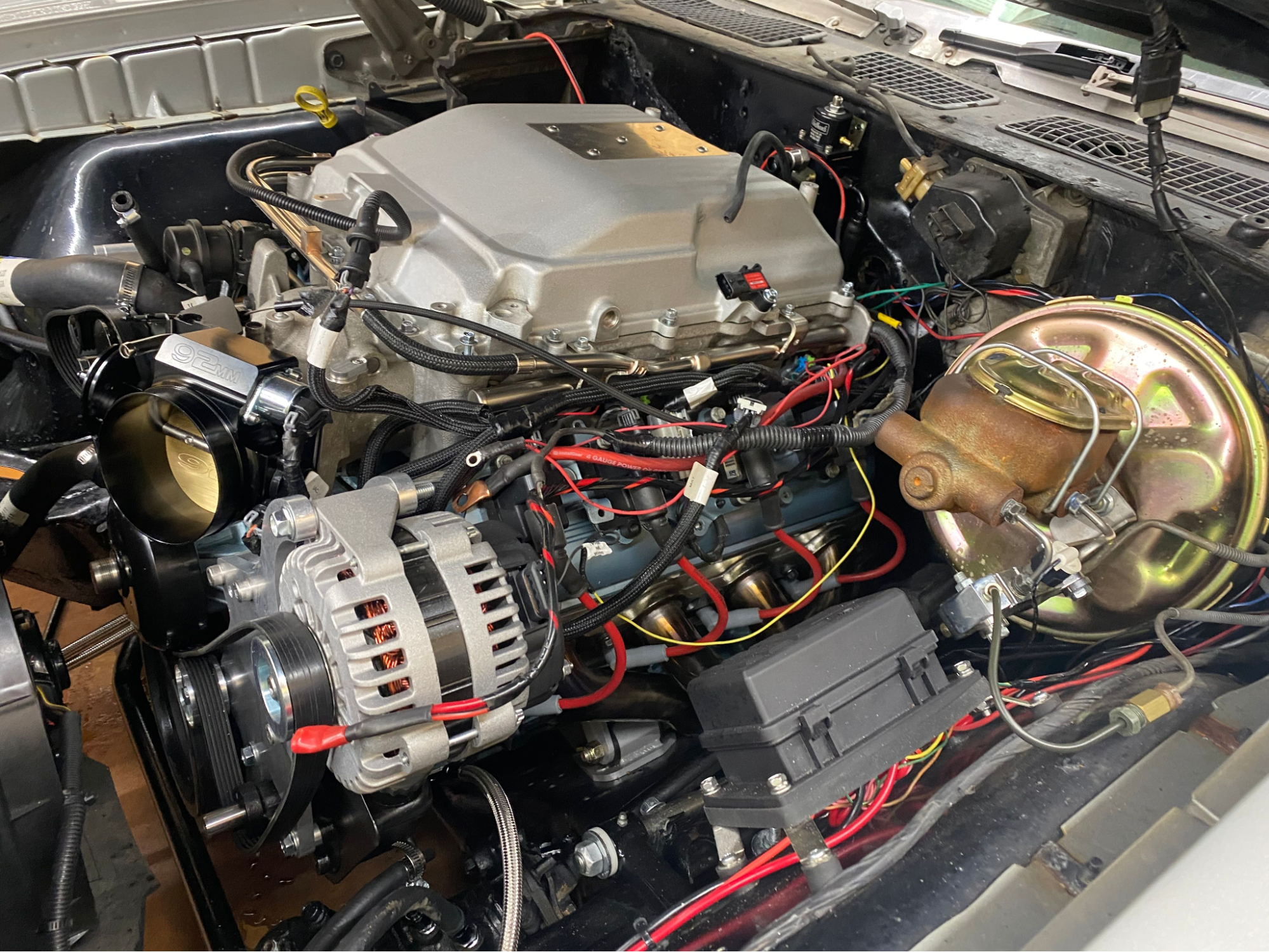 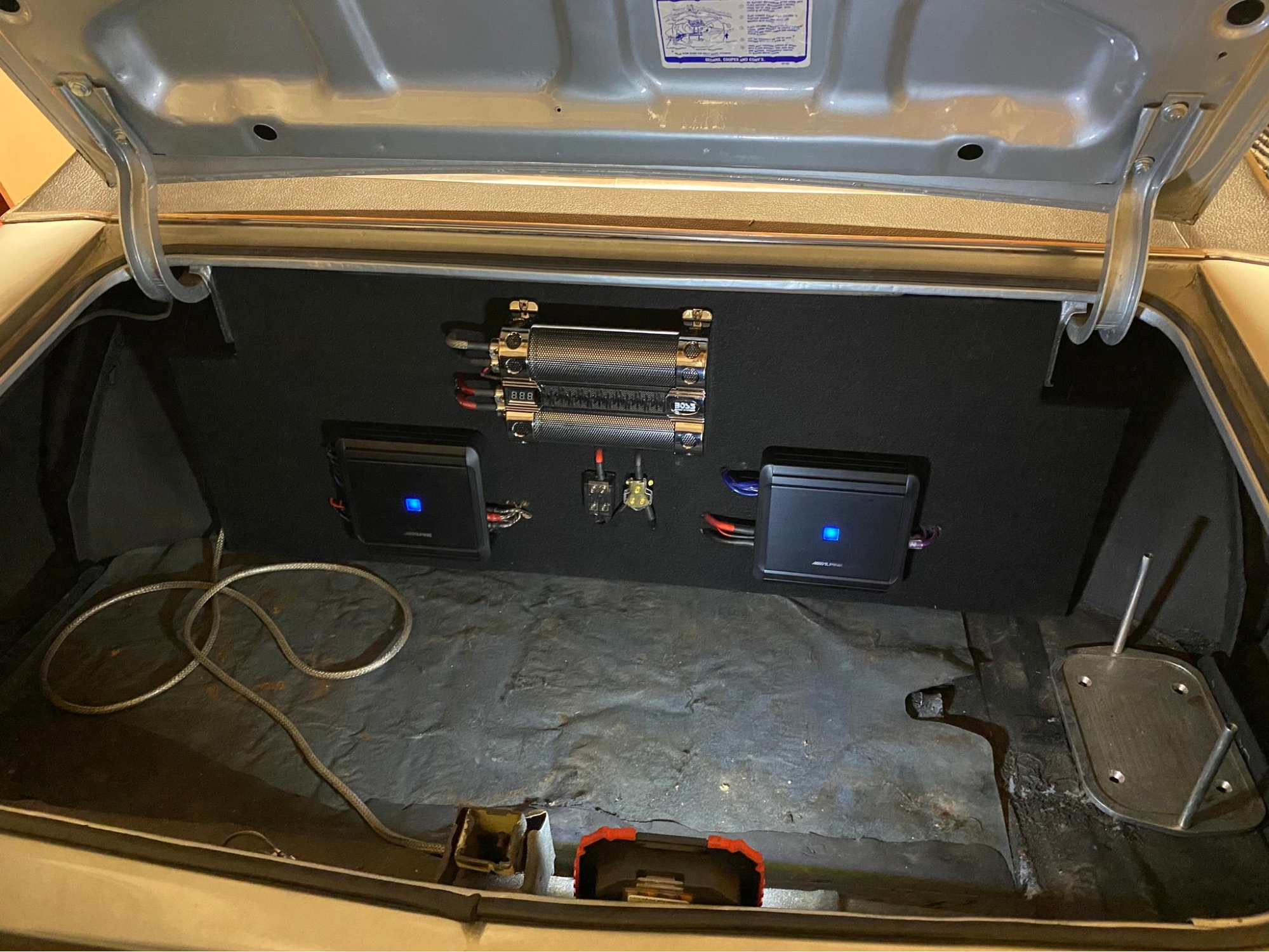 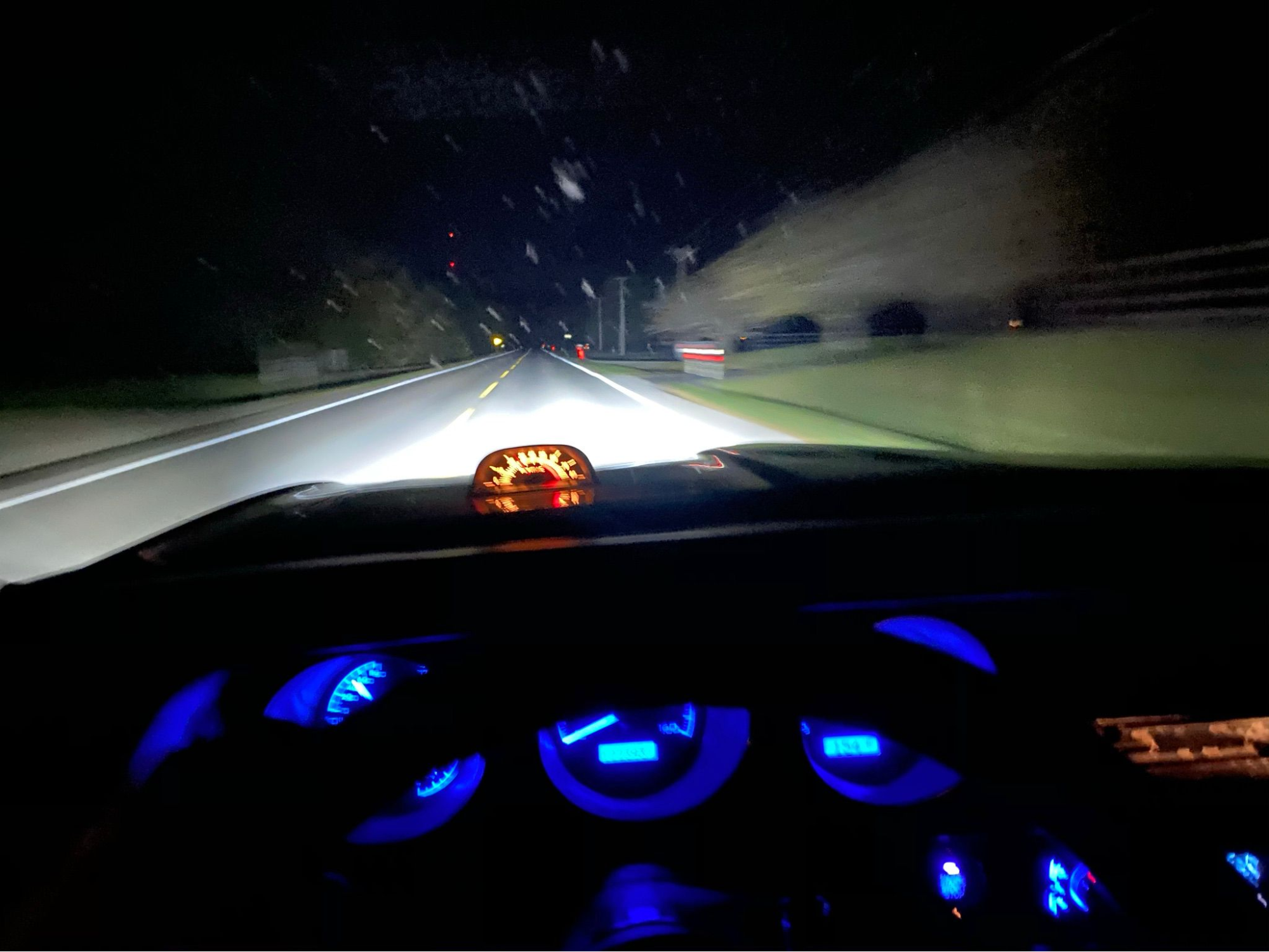 When John’s parents got hitched, they both had to have a pair of Pontiacs. His mom had been driving a 1970 T-37, and so his dad picked up a 1970 LeMans to match.

Originally from Alabama, this car had no rust whatsoever. Mechanically it was sound, and he insisted on keeping it running smoothly. He didn’t feel quite so concerned with the exterior, which had been tarnished by time and the elements. When the patina started looking more like rosacea than anything endearing, his dad took the car to a friend who worked in restoration. In went a new vinyl top, a new carpet, and a new interior. A new coat of paint followed shortly thereafter.

John’s dad had kept it inside most of its life, and so it remained a fun, reliable, classy machine that John always secretly wanted for himself. Sensing that, his dad eventually asked if he’d be willing to trade the LeMans for John’s Polaris. John wasted no time exchanging keys.

He knew that he wanted a driver that he could take his kids and wife to the drive-in movies and the ice cream parlor. For those, modern features and all the creature comforts,” John began. With those objectives in mind, John laid out a plan, set a realistic budget, then retrieved that fat envelope of fun-time money he’d been hiding at the bottom of his sock drawer.

Wisely, he focused on the footwork first. A full UMI Stage 3 suspension kit completely transformed the car, making it an encouraging, predictable, and a surprisingly agile car—for something approaching 3,400 pounds, it definitely didn’t feel that heavy.

Even if modern suspension can mask the effects of weight, the brakes will nevertheless take a beating. A set of Summit Racing disc brakes at all four corners made spirited driving a little less than terrifying. Now recognizing the value of driver confidence, John replaced the differential with a posi unit and 3.73 gears, making the rear end much more predictable as well as increasing traction. Plus, it helped extract a little more performance from the aging motor John had decided to hold on to—for a while, anyways.

Eventually, the time came to swap out the Poncho 350 for a LS swap. He scrimped and worked longer shifts to set aside some dough, and after a few years he had it. In went a rebuilt 5.3-liter LS from a 2002 Suburban. The motor had already been bored .030 over. Then came a Summit Pro LS Stage 4 cam, Jegs hardened push rods and 1.7 aluminum rockers. He brought this new package together with a Holley Terminator X Max ECU.

With the engine sorted, he turned his attention to the interior. First, he installed 500 watts of Alpine power for the door and package tray speakers, then another 500 watt Alpine for the subs. Even over rougher roads, he can hear his music clearly.

John then changed the center console out for a 2007 Chevy Impala’s. Now he’s living in comfort with cupholders, 12v outlets, and a wireless phone charging pad. Bringing a little more modernity into the cabin, the Dakota Digital VHX gauges displayed—with the help of the Holley module—all the data from the ECU.

After a surprisingly easy teething period, the new setup was working without issue and John was feeling content—but not completely satisfied. So when a used LSA blower fell into view, he grabbed it without hesitation. By that point, he’d been gripped by mission creep and was well past his original budget. “If you’re going to make it, you may as well try to make it nice,” he proclaimed.

It started the next phase of purchases, but it was perhaps the most charged period of development. The LSX Innovations front drive kit and their LSA adapter plates were followed by a set of Bosch injectors and a new Holley harness to suit them.

Though Corona had damaged the supply chain and made it near impossible to find a new lid in less than six months, Lance at R&D Performance Fabrication kept him from having to wait for the UPS man like a soldier’s wife waits for her husband to come home. He supplied John with a lid and reinforced brick from a CTS-V and kept things humming along at a steady pace. “I can’t thank him enough—I thought the project was dead in the water,” John sighed.

With the blower bits installed and the engine running, he found exactly what he wanted: instant torque and great response. Currently, he’s working through the tuning process and plans for 500-600 whp when he does get it on a dyno.

I have more planned for the interior including the soon-to-arrive Vintage Air system so that he can keep the black interior cool in the summer sun. “One day, maybe as a retirement gift to myself, I plan on having the whole body gone through, cleaned up, and repainted,” he added. Once it’s sorted out and issue-free, he would like to take it to a road course once or twice.


But the greatest aim is to hand a completed project onto his kids. Completed in his eyes, anyways; his kids may have their own touches in mind, though they’ve wisely refrained from mentioning any of them in his company.

It’s easy to understand why this LeMans is quickly becoming the most desirable family heirloom. “They already enjoy taking it for a cruise—and most times they’re urging me to push it even harder.”

It’s nice to see the apple doesn’t fall far from the tree.
To keep tabs on John’s progress, you can visit his build thread here.

Click Here to Begin Slideshow
Back to Post
About Tommy Parry 127 Articles
Tommy Parry has been racing and writing about racing cars for the past seven years. As an automotive enthusiast from a young age, Tommy worked jobs revolving around cars throughout high school and tried his hand on the race track on his twentieth birthday. After winning his first outdoor kart race, he began working as an apprentice mechanic to amateur racers in the Bay Area to sharpen his mechanical understanding. He has worked as a trackday instructor and automotive writer since 2012 and continues to race karts, formula cars, sedans and rally cars in the San Francisco region.