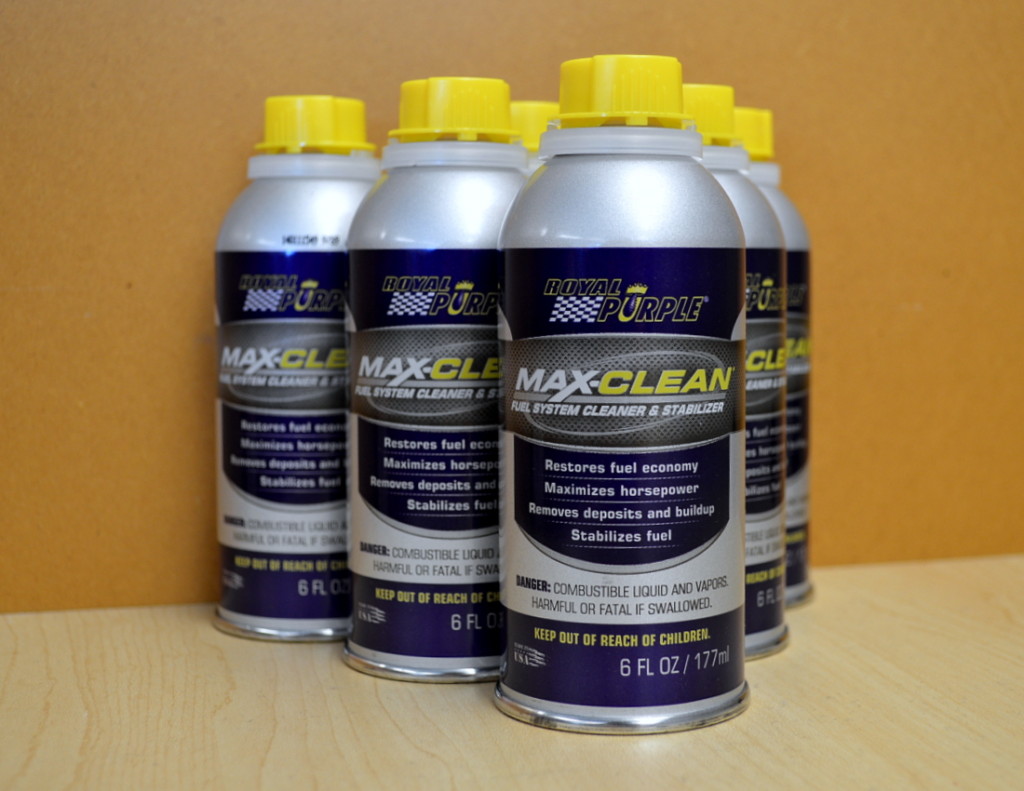 Whenever car guys get together, an automotive debate is usually unavoidable. Most of the time, it’s about which car is better or which modification yields the most horsepower, and there are always plenty of supporters for both sides of the debate. But occasionally, certain topics come up where no one has any first-hand experience and suddenly everyone knows a guy who knows a guy who’s an expert on the subject.

My most recent know-a-guy conversation revolved around fuel system cleaners and whether they actually work. To put our debate to rest, I decided to become that guy that everyone knows and try out Royal Purple’s Max-Clean Fuel System Cleaner and Stabilizer.

Max-Clean is a 3-in-1 fuel additive that claims to clean injectors, restore fuel economy and reduce engine buildup and emissions. Below is a video from the Garage Professor that explains why engine buildup occurs.

Since I don’t have access to an emissions laboratory or a dyno, my only frame of reference for if Max-Clean actually works is by tracking fuel efficiency. Employing as much of the scientific method as I could, I topped off the gas tank in my girlfriend’s 2002 Ford Focus, which has over 130,000 miles, and recorded a disappointing baseline fuel economy of 19 miles per gallon. Clearly, the car is far from peak condition, so I was excited to see if fuel additives would help.

Here are the results after burning through five full tanks of gas with daily driving: 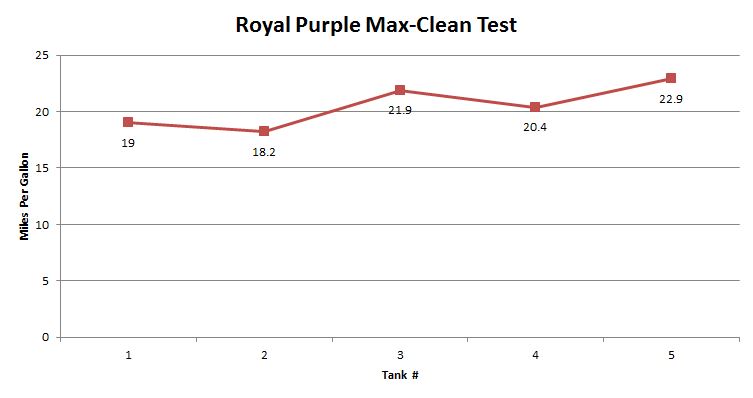 After the first treatment, fuel economy dipped slightly to 18.2 MPG. The second tank, without any treatment added, resulted in 21.9 MPG. I followed up with six ounces of cleaner in the third tank and it produced 20.4 MPG. The final tank in my experiment performed the best by far with 22.9 MPG, but it was also the tank that we did the most highway driving with.

Although the Focus’s fuel economy did improve slightly over time, it’s difficult to conclude if Max-Clean was the sole reason for the improvement since this test was conducted in a non-laboratory setting and the results weren’t dramatic. The variations in MPG may be due to a number of normal operating variables such as driving style, outside temperature, amount of highway driving or tire pressure, to name a few. Royal Purple’s own testing results have shown an average fuel economy improvement of 3.2% across a variety of cars, which in the case of the Focus would only amount to less than 1 MPG. Just looking at my baseline MPG and final MPG, there was an improvement of 20%, though 22.9 MPG for a small hatchback with a 4-cylinder engine is still dismal.

Bottom Line: Do fuel system cleaners actually work? To be honest, I don’t know. It didn’t seem to help much in this particular case. To be fair, results will always vary on a case by case basis. If you have a high-mileage car with fouled fuel injectors and dirty valves, a cleaning treatment may result in dramatic improvements, but if you have a newer car that has only seen Tier 1, premium grade fuel, then these additives will probably be less effective. In the case of my girlfriend’s Focus, there may be more issues with the car that can’t be solved with a simple application of fuel system cleaner.

If you’ve had first-hand experience with fuel system cleaners, let me know how things worked out in the comments below.