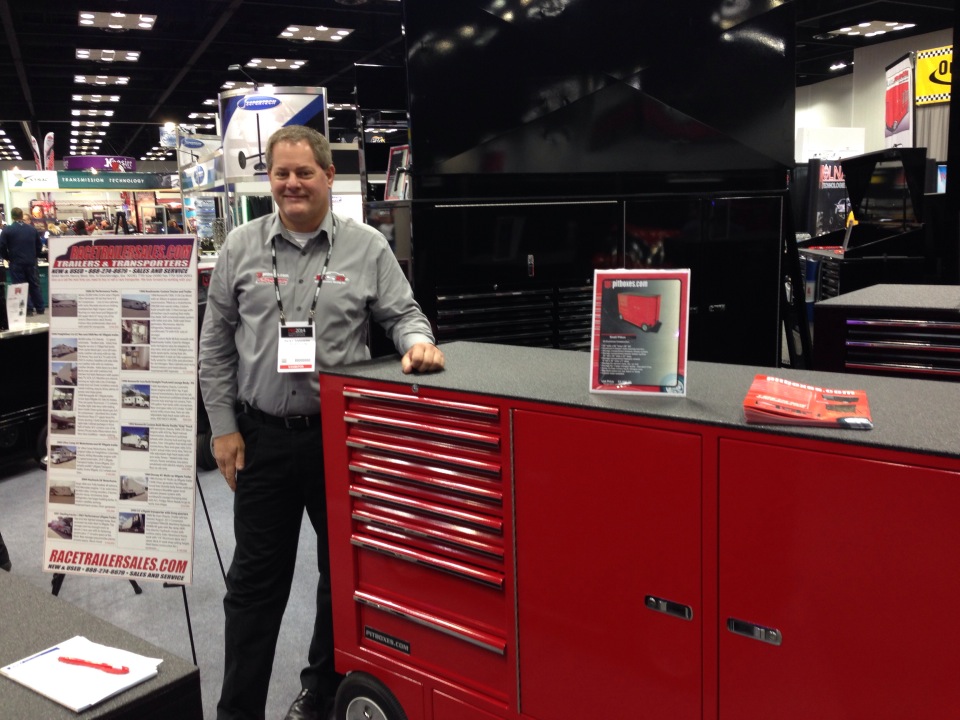 Ricky Sanders started PitBoxes.com after creating his own portable pit box to meet the needs of life in the speedway series.  It caught on, and now PitBoxes.com supplies boxes to teams and companies all over the world.  The Burnout caught up with Ricky Sanders at PRI to ask Five Questions.

The Burnout:  Tell us the story behind PitBoxes.com

Ricky Sanders: I went from short track racing to the speedway series and we had to park the truck really far away from Pit Row, and carry everything in.  I had a Castor toolbox that I put pneumatic wheels on so we didn’t have to haul it and someone saw it, and wanted one.

The Burnout:  So who uses the product now?  Who is it designed for.

Ricky Sanders: Everyone. The boxes really cross over in the different series.  The drag racers use the smaller boxes,  but each type of racing tends to have specific needs and gravitates towards a certain style.  I grew up circle track racing, so we know how to serve that audience, but from motorcycle racers to Go Kart, to drag racing we can help anyone who needs to move stuff from place to place.  We even do stuff for people who race airplanes. 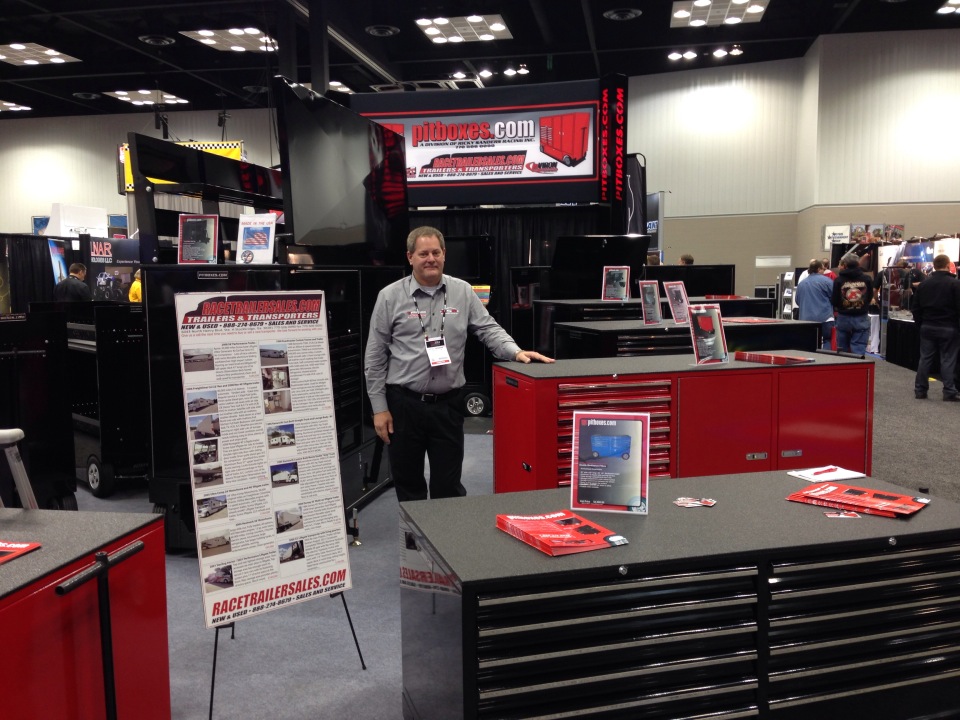 The Burnout:  How has the business, and the product evolved?

Ricky Sanders:We started out using other people’s toolboxes and now we make our own out of formed aluminum. We can do almost everything in house now, except put your tools in the box.   I didn’t see the scope of it when I built that first box. I just really needed a system, and then it really took off and now we’re international, selling boxes in Australia, all over really.

The Burnout: With all this business success, do you still get to race?

Ricky Sanders: Sort of. I did 8 races last year, but they were all double races at a single track.  I did SCCA last year, and am going to do the Trans Am 2 series this coming year.

The Burnout:  What’s your favorite thing to go fast in and do you have anything you’d still like to race?

Ricky Sanders: We ran the truck series in Texas and California, and we entered that corner faster than we did the car in Daytona. It was so fast!  But in terms of bucket list races? I’d like to do Bonneville, and 24 Hours of Daytona.