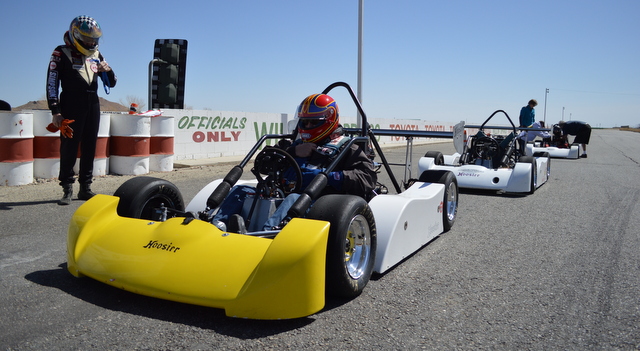 It’s no secret that racing, even at the amateur level, is a very expensive sport. And with racing regulations and technical requirements getting stricter by the day, the cost of entry into any race series can be off-putting for even the most seasoned racers.

Bill Huth, owner of Willow Springs Raceway in Rosamond, California, recognized this issue and created Formula Pacific, an inexpensive formula series that offers close, competitive racing on a limited budget. He hopes to show the industry that good racing doesn’t have to come with a million-dollar, factory-backed price tag and ultimately wants to make this sport accessible to today’s youth because they are the future of motorsports.

To help ease people into spec racing, Formula Pacific will start as a rental race series so you won’t have to commit to purchasing a race car from the beginning. But if the racing bug bites, they’ll sell you a rolling chassis for around $10,000 to $12,000. Simply source a good engine from a crashed motorcycle for around $500 to $1,000, invest another $2,000 to $3,000 for a radiator, electronic shifter, etc and you’re ready to race in full series specification.

While the race series won’t officially launch until later this year, qualified drivers can attend the Formula Pacific racing school right now and feel what it’s like to pilot one of these 130 HP, 530 lb. formula cars around Willow Springs Raceway. These cars might look like go-karts, but that’s where the similarities end. With a weight to power ratio of 4.1 lbs/HP (a Ferrari 458 is 5.4 lbs/HP) they’ll go well over 125 mph with ease.

The series’ chief engineer/test driver/instructor Bob Hyman invited me to experience the cars, so I grabbed my Shoei RF-1200 helmet and headed for the track. 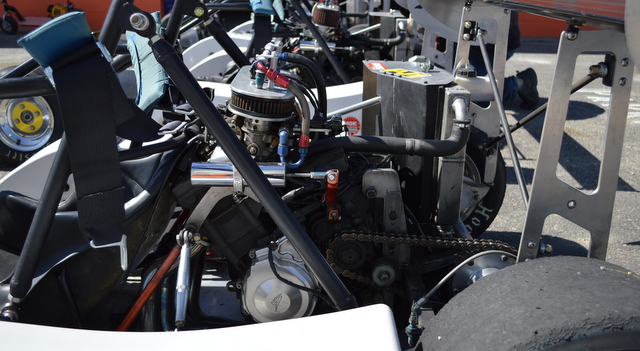 Before I get into how the cars drive, let’s go over the technical aspects first. The formula cars are powered by a Yamaha R6 600 cc engine mounted to a custom, rigid-frame chassis with roll cage. Gears are selected with an electronic shifter, the engine is controlled by a fully mappable ECU with twin rail fuel injection and power is put to the ground with 10 inch wheels wrapped in Hoosier rubber. A 5-point harness keeps you strapped into the bucket seat and stopping is provided by Wilwood brakes. They’re currently testing a 190 HP 1,000 cc Yamaha R1 version of the car which will race as part of a higher spec class.

Operating the car is straight-forward. A hand clutch, which is only used for the initial launch, gets you rolling and gears are selected via buttons mounted on the steering wheel. While these cars are easy to operate and very forgiving, they are not recommended for novices; cornering speeds on the track rival those of GP2 cars. 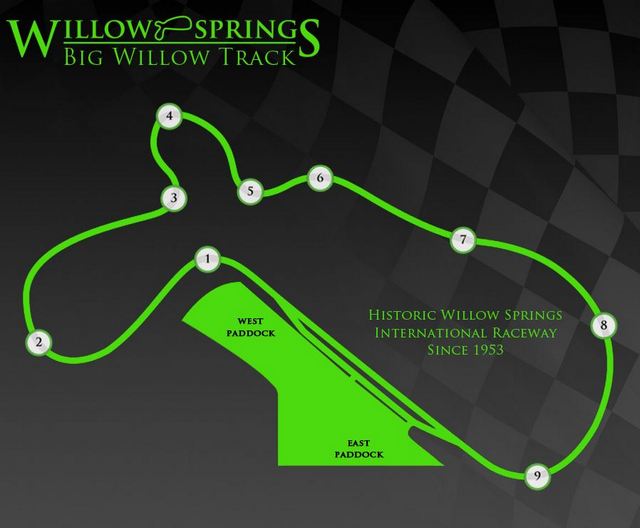 As I made my way out of pit lane and onto the track, the car felt planted and stable. Grip from the tires seemed endless, though it is possible to break traction if you’re too rough with the steering input. The power band kicks in at 12,000 RPM so I concentrated on being in the right gear for each turn, while also focusing on hitting the apexes correctly. The car felt so capable that my stupidity took over and I attacked the apex of the final turn at full throttle, accelerating across the entire width of the track, rocketing down the front straight at 14,500 RPM and almost 120 MPH. Needless to say, I gave everyone a scare and was told to take it easy in the turns, not because the car couldn’t handle it but because it was my first ever lap in the car. More experienced drivers can hit speeds of 130 MPH (and 140 MPH in the 1,000 cc version).

The experience of driving the car is pure speed, accentuated by the fact that you’re so low to the ground. Gear shifts are incredibly quick via the sequential transmission; I’ve only experienced a faster gear change in the Ferrari 458. Because the car is so lightweight, braking zones are very short which allows you to carry more speed into and out of the corners. The lack of weight also helps with safety. Test drivers have spun out at 120 MPH and stopped in less than 50 feet thanks to the car’s low mass. Because weight is such an important factor, the strategy with these cars is to maintain as much momentum as possible throughout the track. This will undoubtedly lead to some exciting racing.

As I returned to the pits, my classmate, up-and-coming sprint car driver Luke Boles, went out and turned in consistent 1:32 lap times. For reference, a pair of LeMans spec Porsches were testing on the track with 1:39 lap times. I don’t know if the Porsches were at race pace, but one thing’s for sure: our formula cars weren’t slouches. During the first exhibition race back in December, the 600 cc cars were lapping consistent 1:25s and Eddie Lawson (GP racer) hit 1.23 in the camera car. But at a track with less top speed, like Laguna Seca, they expect the cars to reach GT1 and GT2 speeds while the 1,000 cc cars will rival million dollar Daytona Prototypes.

It’s an exciting time for grassroots racing, especially with programs like Formula Pacific making participation in a full race season attainable for many enthusiasts. I’m told that one set of Hoosier tires can last an entire 10 race season at Willow Springs and an engine will be good for a few years with basic maintenance. Aside from fuel and any unforeseen incidents (read: crashes), the operating costs are minimal when compared to other spec series.

Follow Formula Pacific on Facebook to stay up to date on the development of their cars, racing school and race series. You can also contact Bob Hyman directly at 818-414-4836 or [email protected]