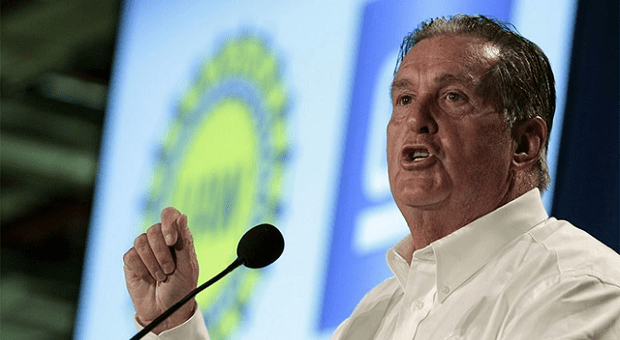 The United Auto Workers Union is in the news again today, but this time it isn’t for putting automotive employees back to work. On Wednesday, retired UAW Vice President and onetime General Motors board member Joseph Ashton pled guilty to corruption after admitting to rigging a $4 million contract for 58,000 custom-made UAW watches.

In front of a federal court judge, the former union boss admitted that he betrayed the trust of his fellow autoworkers after crafting the watch deal with a friend of his and demanding a $250,000 kickback in exchange. According to prosecutors, the watches in question cost less than $2.3 million to make while the contract was for $3.97 million dollars.

Along with being guilty of stealing money for these valuable gifts, Ashton was also charged last month with wire fraud and money-laundering. Under the terms of his plea agreement, Ashton faces 30-37 months in prison, although his attorney said he plans to seek a lighter penalty when he is sentenced for this latest charge in March.

According to his attorney, Ashton regrets his mistakes and hopes that all UAW members can forgive him someday.

“He has asked me to apologize to all the members of the UAW,” said New Jersey attorney Jerome Ballarotto. “The UAW was the center of his professional life, and he regrets making
these mistakes.”

Stay tuned to RacingJunk.com for the latest on this and other developing stories.