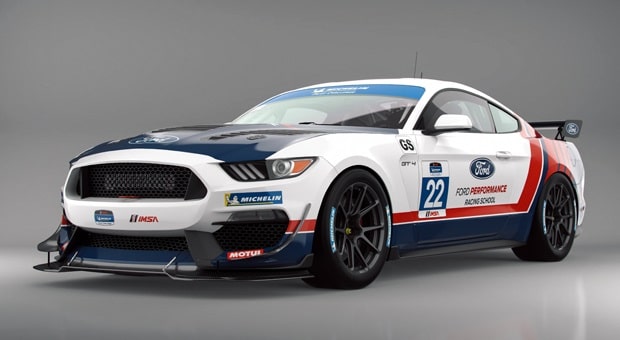 Using a modern throwback paint scheme of a Ford IMSA star who helped pave the way for women in racing, Ford’s red, white and blue Mustang hearkens to a car driven by Lyn St. James in her breakout, 1985 season racing a Ford Mustang IMSA GTO race car. It was during this season that St James captured three victories, including the first IMSA GT victory by a woman racing without a co-driver in competition.

“We’re certainly excited to have Hailie officially kick off her competition career with Ford,” said Mark Rushbrook, global director of Ford Performance. “She had a great test a couple of weeks ago and the pairing with Chase is ideal, since he was in her shoes as a sports car rookie just a couple of years back. The experience has made him a more complete racer.

“To have the two of them in a Mustang GT4 with a Lyn St. James throwback scheme is very appropriate,” Rushbrook continued. “Lyn was a pioneer for women in racing, a winner on the track and a great Ford spokesperson for many years. This is a bit of a tribute to her and her contributions to our Ford sports car programs in the past.”

St. James is “delighted that Ford is doing this throwback scheme,” she said. “The whole goal of every race driver is to win races, and going into that 1985 season, I was on the cusp of winning. To get my first three IMSA wins that year really meant so much to me, because they say that once you win once, the others follow. That was true for me. 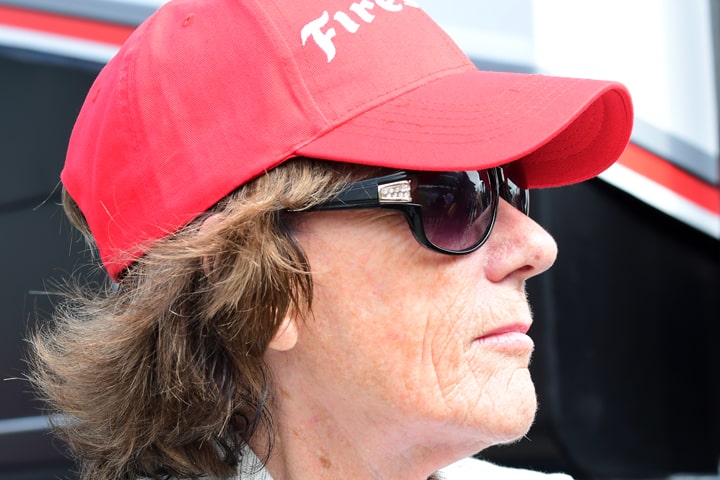 “I am certain Hailie and Chase felt the same way after winning their first stock car races,” St. James said. “You just want to win more. Sports car racing may be different than what they normally do, but the mindset is the same. I am excited to see them race and get to the winner’s circle.”

Collectively, St. James captured six IMSA GTO wins in her career, all achieved driving with Ford products. She accomplished two GTO class wins in the Rolex 24 at Daytona and also competed in INDYCAR, including seven starts at the Indianapolis 500. St. James was a consumer advisor for Ford Motor Company from 1981 through 1996. She has been and continues to be a tireless ambassador for women in all sports, especially auto racing.

“I can’t wait to get behind the wheel of this Mustang,” Deegan exulted. “My anticipation and excitement level was already sky high, making my debut for Ford in my first-ever road race in IMSA. Now we add this cool throwback scheme honoring the only woman to win a major IMSA race solo – and it is just that much cooler. I have a ton of respect and admiration for what Lyn St. James did to pave the road for racers like me. It will be really cool to drive a car inspired by her 1985 IMSA GTO Ford Mustang.”

Chase Briscoe expressed his enthusiasm for the appearance of this Ford Mustang GT4 racecar. “It is a really cool way that Ford Performance has chosen to honor its racing legacy. There have been a series of throwback schemes in different racing series by Ford, and I just love the look of this one and the way it ties into Hailie being in the car with me, and the success that Lyn had in this series with a Mustang. I am excited to be a part of it,” he said.

The four-hour, multi-class IMSA Michelin Pilot Challenge race on the 3.56-mile Daytona International Speedway road/oval course starts at 1PM EST on Friday, January 24. The race can be viewed in its entirety via live streaming: TrackPass on NBC Sports Gold domestically carries the race, as does IMSA.tv globally. 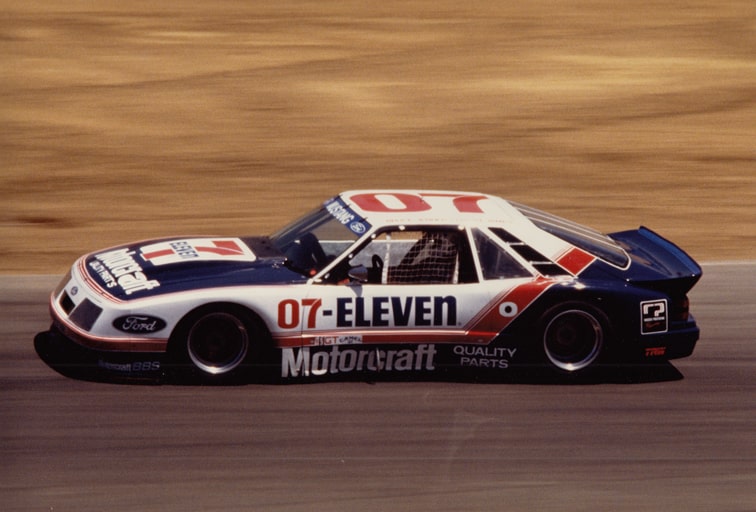