During a small event yesterday at its Dearborn Development Center in Michigan, Ford Motor Company offered up its first official power numbers for the entire 2015 Ford Mustang lineup. This includes official and certified figures for the 2015 Mustang V6 along with preliminary and not-yet-certified numbers for the 2015 Mustang EcoBoost and Mustang GT. These numbers are a touch lower than many had initially speculated, but the output of these engines will certainly make the 2015 Mustangs strong competitors in the modern muscle car market.

2015 Ford Mustang EcoBoost
The mid level engine for the 2015 Ford Mustang is a brand new 2.3L EcoBoost that was initially promised by Ford Motor Company back in December to deliver at least 300 horsepower and at least 300lb-ft of torque. Rumors suggested that the actual figures would be around 325 horsepower and 330lb-ft of torque, but the first official figures have fallen a little short of those rumors. The 2.3L turbocharged 4-cylinder engine will deliver 310 horsepower and 320lb-ft of torque on premium fuel, making it quite a bit more powerful than the base V6 while almost certainly offering significantly better fuel economy.

This engine will be offered with both the 6-speed manual and 6-speed automatic transmission as well as the EcoBoost Performance Package that will likely add a bunch more “fun to drive factor.” Most importantly, the Mustang EcoBoost will be sold in all of the global markets in which the 2015+ Mustang is sold, offering a chance for overseas buyers to rock the look of the Mustang without the costs of the higher performance V8.

It should be noted that these first power figures are not SAE certified and in speaking with Ford reps, there is a chance that the EcoBoost Mustang could see higher power numbers when the company announces the certified numbers closer to the dealership arrival of these models. We can also expect to see the lower power figures of the EcoBoost engine when running on regular fuel after the SAE process is completed.

The figures for the 2015 Ford Mustang EcoBoost should be very similar (if not identical) for overseas markets.

2015 Ford Mustang GT
The 2015 Ford Mustang GT is powered by the tried and true 5.0L V8, which will pack 435 horsepower and 400lb-ft of torque when running on 93 octane fuel. This is an increase of 15 horsepower and 10lb-ft of torque over the 2014 Mustang GT, but it is a touch below the expected horsepower output of 450 that was rumored in past months. As was the case with the 2014 Mustang GT, the output on regular 89 octane fuel will be a bit lower, but those numbers haven’t been announced thus far.

The 2015 Ford Mustang GT will obviously come with the buyer’s choice of the 6-speed automatic or manual transmission as well as the GT Performance Package for those who want more from their pony car. Like the EcoBoost, these 5.0L figures are not SAE certified but in speaking with those same Ford reps who suggested that the EcoBoost could pack more power through the certification process – these first figures for the 5.0L V8 are likely very accurate. 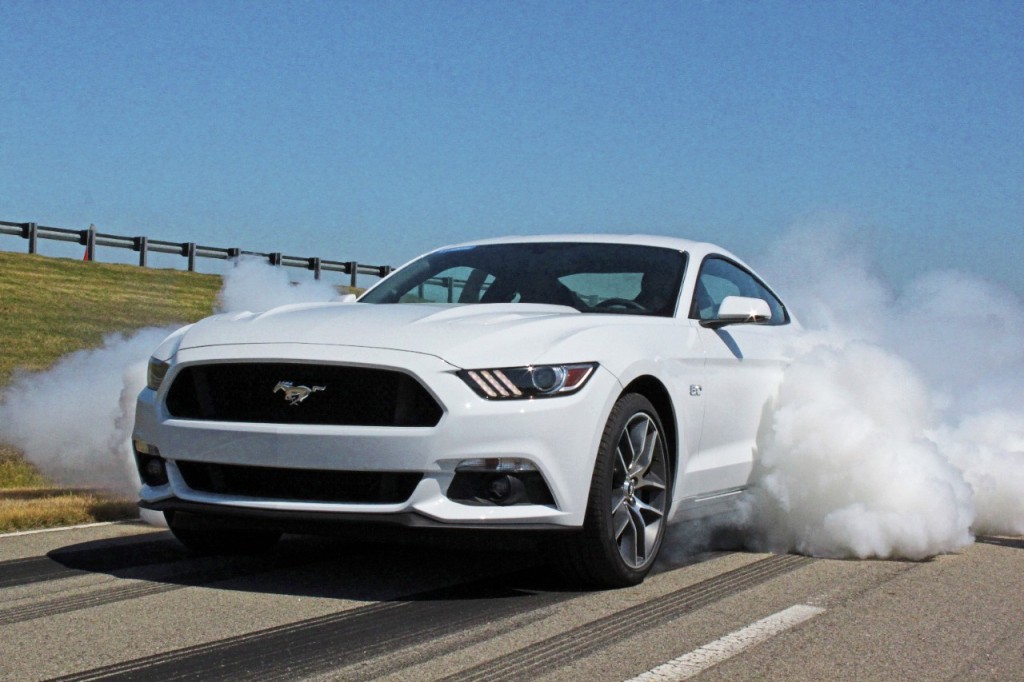