The fact that women have become a major force in the NHRA was very apparent this weekend at the 38th annual Southern Nationals at Atlanta Dragway, after two female drivers took charge in both nitro categories. 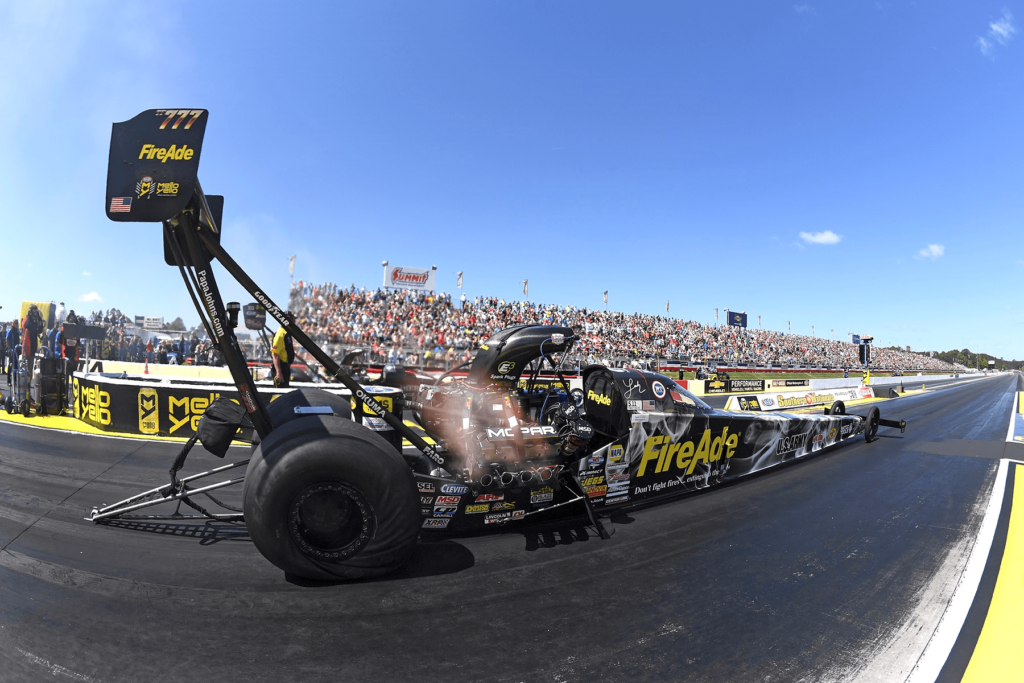 While Tennessee native Clay Millican earned the top qualifying spot by clocking a 3.758-second pass at 331.12 MPH, the girl who was once on fire last season rekindled this fire at Atlanta. After piloting her FireAde dragster to a 3.874-second pass at 322.42 MPH, Leah Pritchett took down fellow competitor Blake Alexander and earned her first victory since Brainerd in 2017.

“The glory goes to God on this victory,” said Pritchett. “We were racing one round at a time and the conditions were varied as the weekend continued. That is why my hats and kudos go off to my crew chief Todd Okuhara for finding what was right and wrong and adjusting to it. Yeah, you want to win every race, but this one was very special in a lot of ways.”

Although this win didn’t quite move Pritchett into the points lead over last weekend’s Charlotte winner Steve Torrence, her ability to break the winless streak for both herself and her Don Schumacher Racing team moves Leah into the top five. If this flame continues, we are sure to see the girl on fire burning all those who stand in her way to earn the 2018 World Championship. 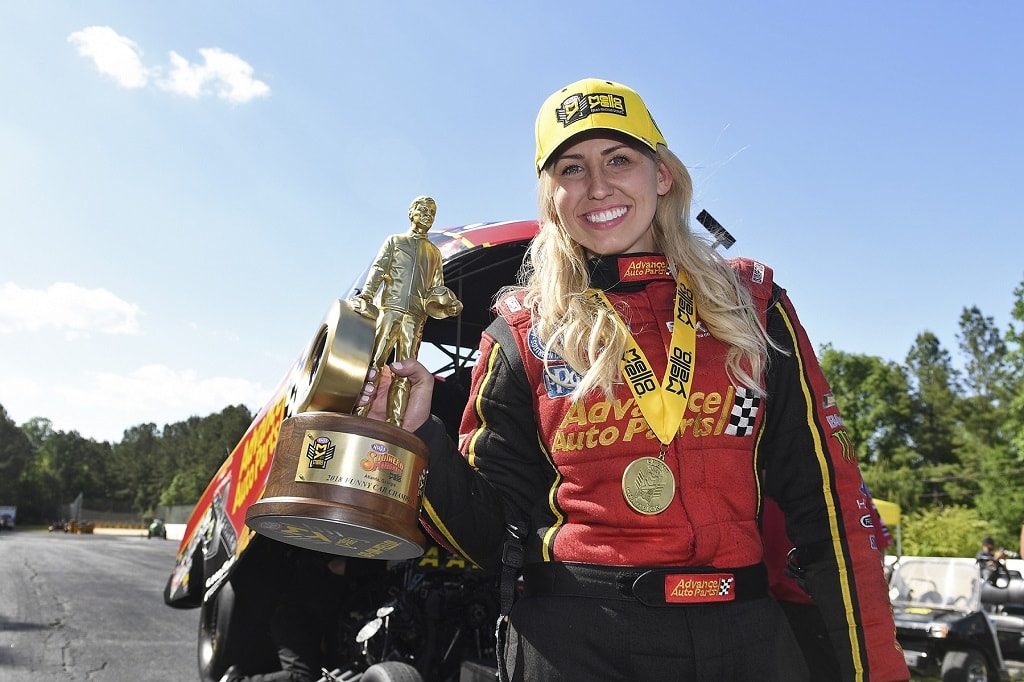 After failing to drive to the top last weekend at zMAX Dragway, John Force Racing driver Courtney Force came into Atlanta Dragway with a chip on her shoulder.

Qualifying at the top of the Funny Car field on Saturday, Force moved to the top of the Funny Car point standings going into Kansas after taking down Pritchett’s Don Schumacher Racing teammate Matt Hagan in the final round with a pass of 4.046 at 313.73 MPH in her Advance Auto Parts Chevrolet Camaro. With that same win, she also became the most victorious female Funny Car driver in NHRA history.

“I am so impressed with my entire crew,” said Force. “They have just been phenomenal this entire season and it really showed this weekend in Atlanta. From obtaining the No. 1 qualifying spot, following this up with some pretty consistent runs and earning the win at the track my sister Ashley Force-Hood got her first win at is pretty exciting.” 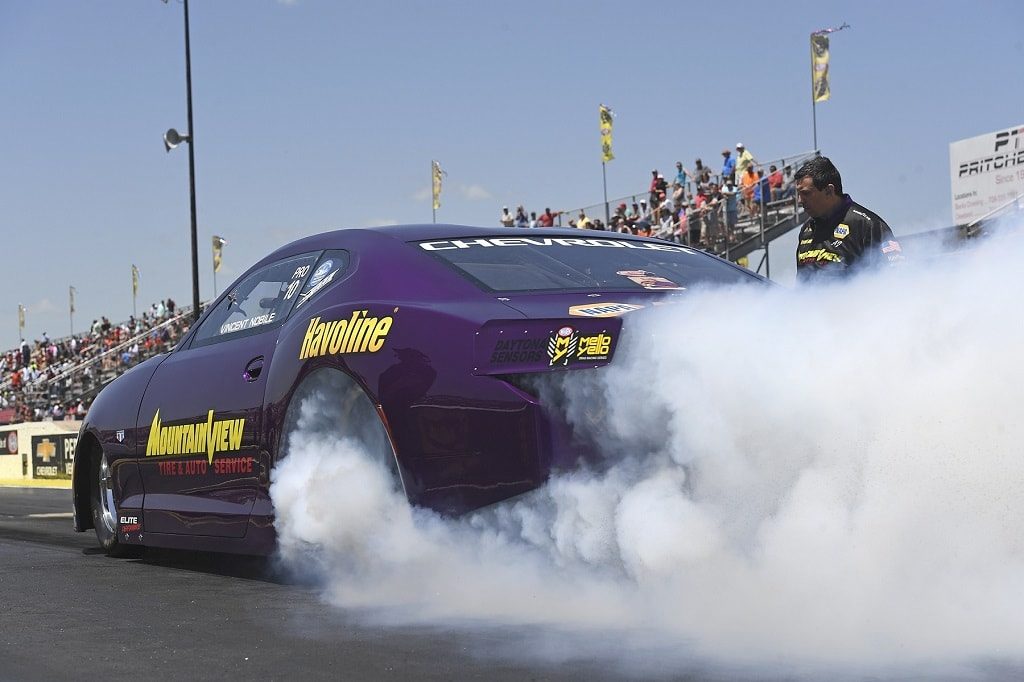 After sitting out the final five races of the 2017 season, driver Vincent Nobile and his Mountain View Tire & Auto Center team are doing what it takes to become a dominating force this season.

After taking down Alan Prusiensky, Chris McGaha and No. 1 qualifier Greg Anderson, Nobile moved onto the final elimination round against Tanner Gray. With a run of 6.599 at 209.72 MPH in his Mountain View Tire Chevrolet Camaro, Nobile would earn his first career victory at Atlanta and second Wally of the season.

“I had the car to beat this weekend,” said Nobile. “I know that we did not qualify No. 1 but going back after each run and looking at the computer we knew that we could have been the fastest car each session. On race day we got it together and ended the weekend at the top.”

This win also moved this driver and his hard-working team into the Pro Stock points lead going into Kansas.

The 2018 NHRA Mello Yello Drag Racing Series season continues with the Menards NHRA Heartland Nationals, presented by Minties, at Heartland Motorsports Park (May 18-20) in Topeka, Kansas. Stay tuned to RacingJunk.com for all your NHRA coverage!