The 10th of 24 events in the 2018 NHRA Mello Yello Drag Racing Series schedule was an impressive one for three well known NHRA drivers. Current Top Fuel points leader Steve Torrence continued his path of success at this weekend’s Virginia Nationals, at Virginia Motorsports Park, after notching his fourth victory of the year, while the Funny Car Series girl on fire, Courtney Force, proved that she was a Force to be reckoned with after taking down a legend for her fourth victory of the season. Pro Stock driver Tanner Gray also shocked fans after taking down a two-time champion to become the second competitor in his class to reach the winner’s circle twice in 2018. 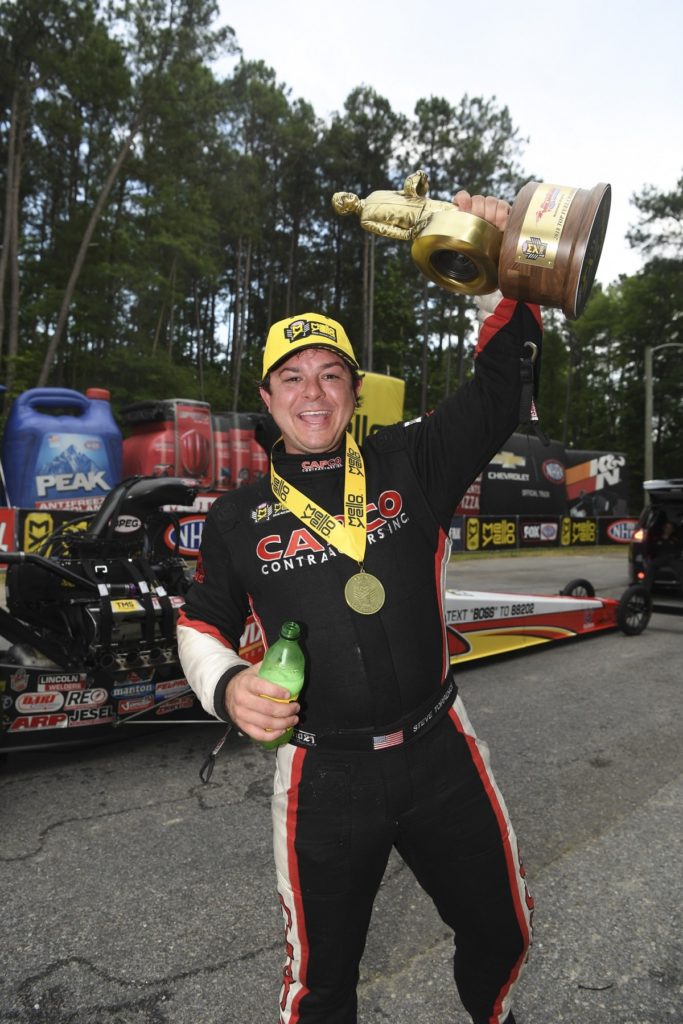 After defeating Scott Palmer, Terry McMillen and Antron Brown, Torrence moved on to legendary NHRA driver Doug Kalitta in the final elimination round. With a run of 3.812-seconds at 322.96 MPH, in his Capco Contractors dragster, Torrence picked up his fourth victory of the year and 20th of his career in his 200th race as a Top Fuel competitor.

“I really enjoyed coming back to where my Top Fuel career started,” said Torrence. “Although we did not qualify exactly where we wanted to here, at the end of the day we were in the right spot to earn the win and I am so proud of my team for making this happen.” 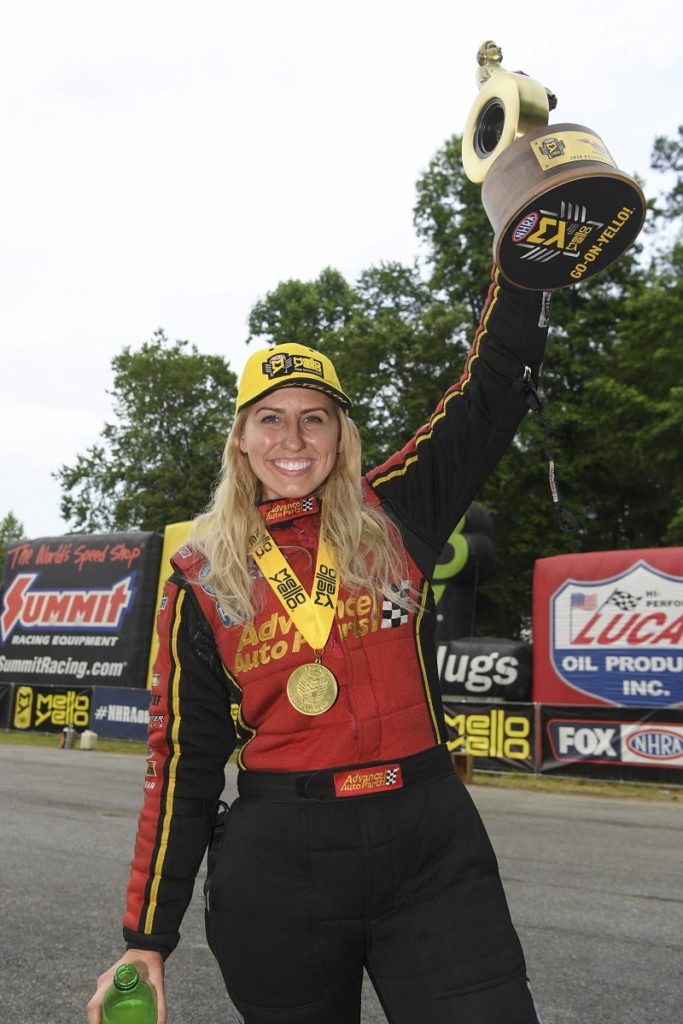 Torrence wasn’t the only NHRA driver to earn a fourth win this weekend at Virginia Motorsports Park. After earning her sixth No. 1 qualifier of the year and fourth in the past five event, Funny Car’s Courtney Force powered past Jeff Diehl, Jim Campbell and J.R. Todd on Sunday to take on her legendary father John Force in the final elimination round.

This legendary round, which became the 50th time in the history of John Force Racing that two team cars faced off in the final, gave Courtney the chance to prove she has what it takes to take down a legend thanks to her 4.039-second pass at 321.96 MPH in her Advance Auto Parts Chevrolet Camaro SS.

“It was really exciting for us to be part of an all John Force Racing final,” said Force. “Although I knew that it was going to be a real challenge facing my father, I knew that my team’s hard work this weekend would help us get a win in Virginia, and it feels so good to be performing at this level as we continue on our path of success as we prepare for the Countdown to the Championship.”

Thanks to yet another win in the 2018 season, the newest dominating force at John Force Racing will head to Bristol Dragway with a 173-point lead over second place driver Jack Beckman. 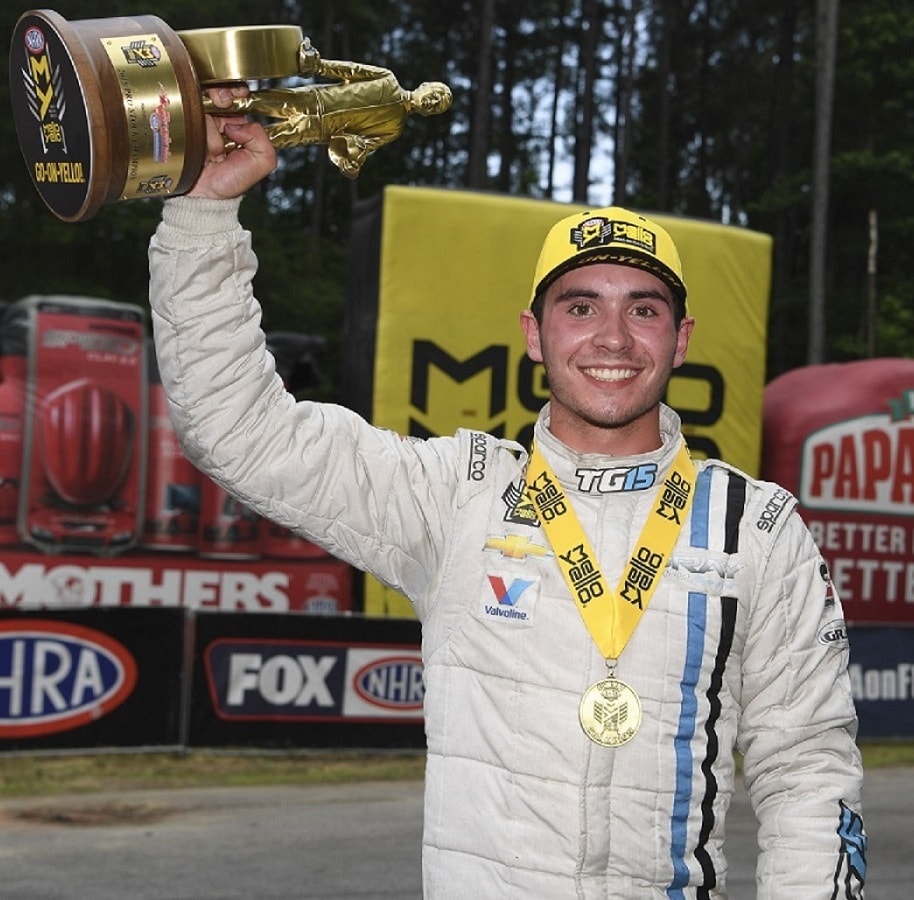 Along with Force, another young driver took down a legendary champion for his seventh career victory and second of the 2018 season.

Despite Greg Anderson earning the No. 1 Pro Stock qualifier, it all came down to Gray Motorsports’ own Tanner Gray and two-time world champion Erica Enders in Sunday’s final round. Anyone who has watched these two drivers take on one another this season is aware that a win will be well-earned, and this can definitely be said of the hometown hero, who took down the former Pro Stock champ on Sunday with a 6.595-second pass at 208.81 MPH in his Gray Motorsports Valvoline Chevrolet Camaro.

“Every time we match up with Erica it makes for some good racing,” said Gray. “That is why it means so much to obtain a win against her. It is also great to earn a win at Virginia Motorsports Park since it is so close to home.”

This win also gave the driver, who is the only Pro Stock competitor to reach the winner’s circle twice this season, a chance to move into the top three in the point standings as he heads to Bristol.