Matt Farah is the colorfully outspoken host of The Smoking Tire, which has been the premiere destination for auto reviews and videos for more than half of a decade.  Whether he is reviewing a new Porsche 911 or a viewer’s  1993 Pontiac Trans Am in his One Take series,  Matt is considered the auto-journalist for the everyday car guy. Oh, and he’s got some pretty mean cars of his own.

1. You’re the owner of a track focused ‘88 Ford Mustang with a wide body conversion. We all know these cars are popular choices at the drag strip, but what does it take to get a Fox Body to handle the twisties?

There are a lot of ways to significantly improve the Fox’s handling without breaking the bank. Watts Links, tubular front K-members, subframe connectors, and a good spring and damper combo would work wonders for a road car. But I only wanted to do this once, so I kinda went nuts.

I love the idea of new(er) tech in old cars, so I worked with the Mustang geniuses at Maximum Motorsports to basically stick an American Iron racing setup in the car, but dial it in for primarily road use. Realistically, even if I go to the track “a lot,” we’re talking two or three times a year with my schedule. But I wanted to drive this car a ton, so it’s set up not to be punishing to drive every day.

We wanted to completely eliminate the Mustang’s worst handling trait: bumpy road performance. With MM’s tubular front K-Member suspension on custom-valved Bilstein dampers, subframe connectors, and 8-point roll cage, the front wheels are more connected to the steering wheel than they have ever been in a car like this. Plus, we installed a complete 2004 Cobra steering system, from the rack on up, for much better feel. But the front is nothing compared to the rear. We took an independent rear suspension (IRS) from a 2004 “Terminator” Cobra and completely rebuilt it with a Torsen T2 limited slip differential, all Delrin bushings, new swaybars, endlinks, just tore the whole thing apart and rebuilt it. The terminator was 6” wider than my 1988 notch though, so you either shorten the axles or widen the car. You can see which direction we chose. Used full brakes from the Terminator too, with stainless steel lines and track pads. We put the biggest, meanest, widest wheels and tires we could fit on the car without rub (the car doesn’t rub under any circumstance, rubbing is a pet peeve of mine), custom fit HRE RS105’s at 18X10.5 with Continental ContiForce Contact 295/35R18’s, so the grip is just ridiculous. It’s mental. The tires are R-compound, which is a road legal track tire. It’s gotta be like what driving one of those Trans-Am Mustangs from the 80’s was like. 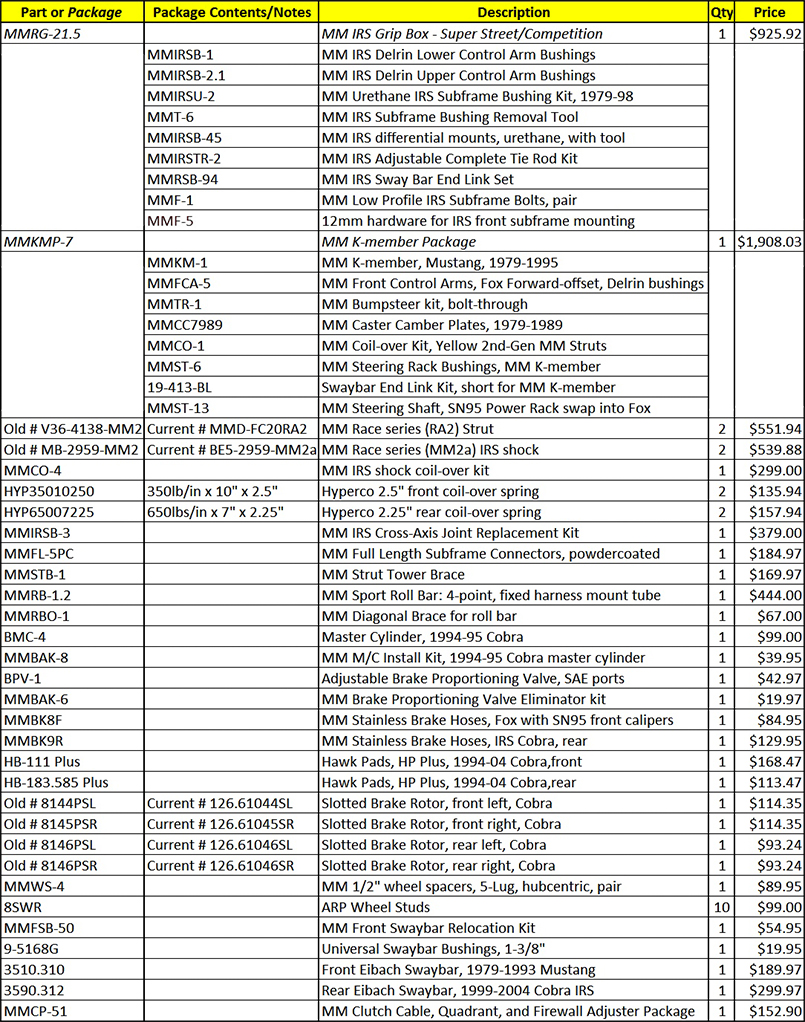 2. Have you noticed any trends coming out of America as far as performance cars go?
The most worrying one is that the quest for horsepower is overtaking the desire for consistent performance. We’re seeing too many forced induction engines that make big power, do well in the EPA’s fuel economy test, but when you run them hard for a while or in hot weather, they just don’t deliver, and the real-world fuel economy isn’t any better. The best thing about the C6 Z06 Corvette was that it made the power as long as you could keep driving it. Didn’t matter the conditions. Always consistent. My C5 Corvette from 1998 is modified to 500 horsepower and will return 32 miles per gallon.

On the other hand, the Shelby 350 looks insane, the ATS-V and CTS-V offer better chassis than their competitors, magnetic ride is awesome, the Viper ACR is pretty much the fastest road legal car you can buy, and this winter, I’m going to take delivery of a 350-horsepower, All-Wheel-Drive Hatchback that was designed and built in Germany, but that says “Ford” on it. I think America is doing well.

3. In your One Take series, you take cars that people bring you and test their performance. What’s it like stepping into several different kinds of modified cars at a time?

Really, really interesting. You get to experience such a massive variety of cars over a period of a couple weeks. You develop this database that even racing drivers don’t really have because in some weeks, I can drive 25-30 cars, at speed. And we do it without any rehearsals or anything, and we don’t edit, so I have to feel out this car, while reviewing it, in real time. It’s a surreal experience, but it’s cool that so many people are willing to come from so far to bring me their cars. I think I’m going to review over 300 cars in 2015. You also learn what works, and what doesn’t work. Never underestimate the merits of a stock suspension on a modern car. 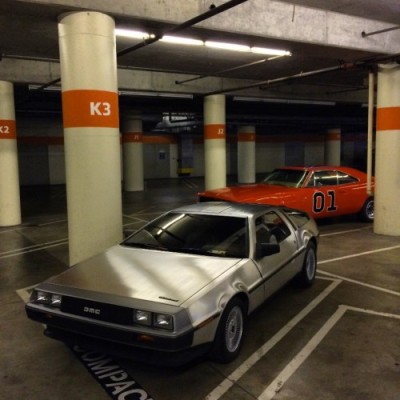 4. What are some of the questions/reactions you get while driving your DeLorean?

The Delorean is great, everyone loves it. It’s exotic looking enough that you do get attention in it, but it’s not so expensive or so flashy that you come off as a douche. Plus, you have to have kind of a sense of humor to drive one, you seem approachable, so they approach. I love going to valets at nice restaurants and stuff in Beverly Hills where they will move Bentleys and Ferraris out of the way so I can park the Delorean up front. It’s also the only car of my six that women absolutely love. It’s such a wonderful thing to cruise around in, although it’s not exactly a canyon carver.

5. For people that want to go fast, where do you suggest they start as far as modifications go?

Obviously that’s going to be different for everyone and dependent on how you drive your car. But never underestimate the value of a good set of tires. They don’t have to necessarily be the most expensive tire available, but I drive too many good cars that are ruined by bad tires. A proper set of performance tires can utterly transform how your car drives. Tires can save your life, or tires can kill you, like my friends Paul and Roger, who were dumb enough to go out and drive fast on 10-year old tires, and it cost them their lives. Just because a tire shows tread remaining, does not mean that tire is good. I know tires are expensive, and I know you can’t show them off on a forum, but get good tires. That’s my advice.