Jerry Bickel Race Cars calls itself a one stop chassis shop for drag racing performance parts and race components.  With a facility that includes a manufacturing area to build race cars and components, and a parts department stocked with everything a racer might need, JBRC is an essential part of any racers’ plans for better performance.  The Burnout recently spoke to Jerry Bickel himself about the company, and about the new C7 Corvette chassis  that is being constructed for 2015.  Cynergy Composites supplied the mold to begin building the chassis, and the chassis will then go to Tim McAmis Performance Parts and Velocity Composites for the body where it will be sold. 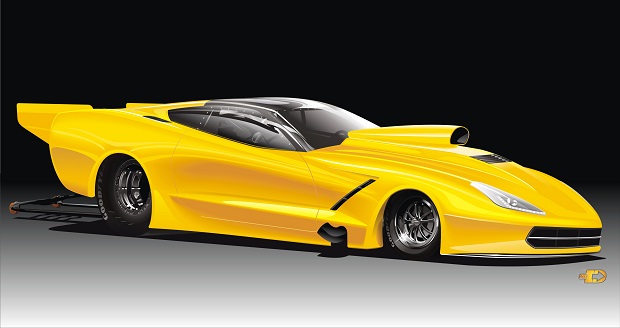 The Burnout: Tell me a little bit about Jerry Bickel Race Cars? How did you get started?

Jerry Bickel: Jerry Bickel Race Cars builds NHRA and PDRA drag cars, as well as Sportsman cars. We build anything with doors. We’ve been doing this for 50 years now, and operate out of a 25,000 sq ft building in Moscow Mills, MO.  We do everything in house, including paint. We build world championship cars. We do the parts end as well, and have a multi-level inventory and parts department necessary to build the cars, and offer the parts to customers. We usually ship everything the same day it’s ordered. When you call in , you actually get to talk to a person or get directed to a person so you are getting what you wanted.

I started out as a racer. I used to have a race car, and had a family at the time, so it was tough to balance. I started race car work in the evenings to supplement my income. Then in 1981, I built a shop and started working for other people. In 1985, I quit my job to work full time. I started out with one employee, now we have 35. I still support all the racers, and attend the races. Our staff also attends the races.

The Burnout: Can you tell us a little about the C7 Project?

Jerry Bickel: Well, we’ve sold seven of them already (the first to Troy Coughlin, according to Competition Plus). It’s the freshest thing to come into the pro mod, pro nitrous, pro extreme category in several years, and it’s generated a lot excitement. The whole thing was designed on a CAD system, so it’s dimensionally perfect. We expect it to do really well. 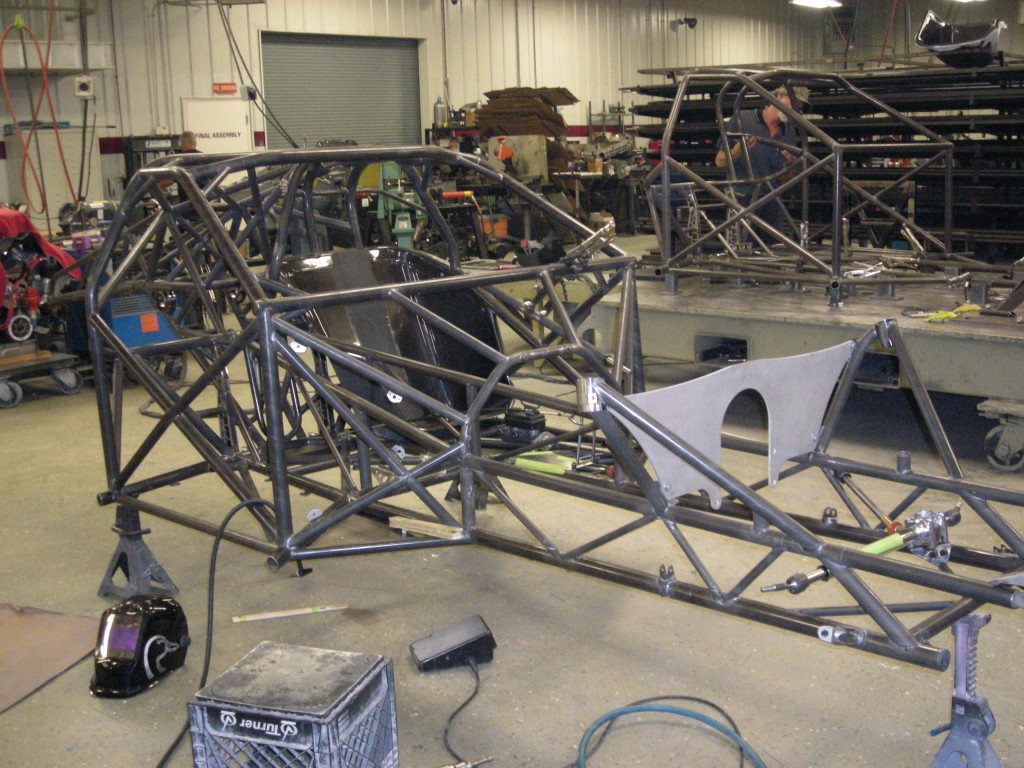 The Burnout: What was the inspiration behind it? What made you want to tackle the C7?

Jerry Bickel: It’s new! I’ve built so many ’68/’69 Camaros, and they’re great, but it’s exciting to have something new to work with. The C6 should run more speed because of the shape. We don’t have to do too much to it to achieve that speed. It’s lightweight, and aerodynamic and there will eventually be four chassis and body combinations available – Pro Extreme, Pro NOS, Pro Turbo, and Top Sportsman, but we’re now taking orders for the welded chassis.

Jerry Bickel: We just expanded to build blower cars, nitrous cars, and turbo cars. Each has its own separate design and chassis. We have champs in each category. Anyone who wants to run in those classes, there’s a chassis design for each of those categories.

The Burnout: We always end interviews this way, so: What’s your favorite thing to go fast in?

Jerry Bickel:  I have a new ZR1 Corvette. It came with a driving course at Pahrump, NV (at Spring Valley Raceway). I went out with some friends and did a three day driving course on their ZR1s, and it was a blast.