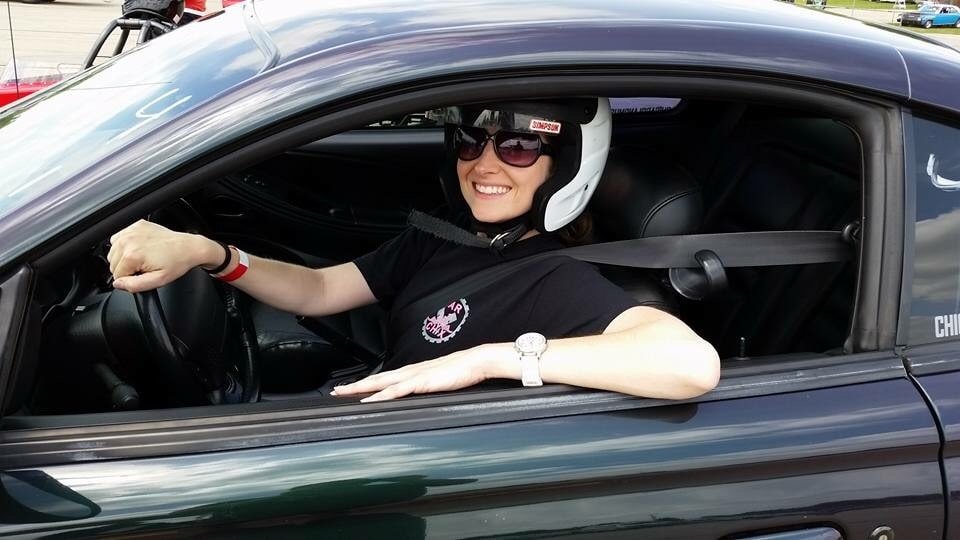 Heather Dorethy is an active drag racer from a racing family, a performance enthusiast and a member of the motor sports community having worked as a sales representative for companies like Precision Turbo & Engines and an NHRA brand ambassador.  She’s also the newest member of Borowski Racing Engine‘s Sales and Marketing Staff.  We sat down with Dorethy to get the lowdown on her race career, her sales experience, and working in the industry that she loves.

RacingJunk: You’re an active part of the motorsports and drag racing community. How did you get your start?

Heather Dorethy: It all started at a young age for me as my family would go to the drag strip and NHRA events as a family outing. I looked up to Shirley Maldowney and Ashley Force Hood. Then when I was learning how to drive, I had the opportunity to learn on my mom’s 1990 Ford LX 5.0L mustang (well known as the 7-up addition). Then, after high school, I wanted a Mustang for my first brand new car. My Dad wasn’t so keen on that as he always said I had a “lead foot” and would get myself into trouble. I started hanging out with local people where we would go out street racing. My first time at the drag strip driving was in my 2002 Oldsmobile Alero, a 3.4L V6. I still have that time slip to this day.

I would help my parents at their cruise nights & car shows for Crusaders Car Club & then sought out an interest in how I could network and work at booths at NHRA & NMRA events for various vendors. I met Steve Libby with Ozark OMG! Models and started working at the NHRA Joliet race for the past 6 years.

After several years being active in various car clubs (Aleromod & Chicagoland Mustang club) I had the opportunity to finally get my first Mustang, a 1996 Cobra in a rare color, Mystic (a dream car of mine) and after that I purchased my mother’s 1997 Autumn Orange Ford Mustang GT convertible. I would participate in car shows, track days, and cruises with clubs then came across a web forum, CarChix. I met the founder, Jeanette DesJardins, at the first ladies only race in Byron Dragway and started bracket racing at their events. I meet some other women that enjoyed the same things as I did. Then as the drag race bug grew, I knew this was my passion and where I wanted to end up career wise. I then sought out on growing my resume to be able to get my foot in the door at a company in the automotive industry.

RacingJunk: The move to Borowski is really exciting. Where were you before this and what attracted you to working with Joe and the others at Borowski?
HD: Yes, it’s super exciting and I’m honored! I worked for several industries prior to getting into the automotive side. I worked for SVI International & then Precision Turbo & Engine. I’m a go-getter and driven individual and continue to want to grow my knowledge level and learn more! Borowski Race Engines has a long history in the industry, their reputation is bar none and their eagerness to provide excellent customer service and push the envelope on what they do is what drew me to them. I simply reached out and now here I am representing them!

RacingJunk: You’ve acted as a spokesperson for several motorsports organizations. What did that teach you about marketing to the industry and working with the folks involved?
HD: I got the opportunity to work with so many wonderful people involved and got the chance to hear their stories. Being a positive role model, listening and learning what customers needs and interests are in and different avenues on where to share the content as well. Hearing what works for them is interesting as well.

RacingJunk: Are you currently driving/racing? If so, what and if not, do you see it in your future?
HD:I haven’t done too much racing since 2017 as I was in the middle of building a race car to participate in NMRA events but I do go to local tracks and do some bracket racing here and there. I hope in the next couple years I will be doing more racing on a more competitive level. Maybe venture into No Prep stuff.

RacingJunk: What’s your favorite thing to go fast in?
HD: Well, right now it’s my Mustangs but I have been in quite a few quick cars on the street. I do still have the opportunity to get my race license in my Dad’s Chevy Monza. It’s a mid 9 second N/A car. I would like the opportunity to go to a Frank Hawley Racing school and gradually grow from there in what type of car I see myself racing in the future. The possibilities are endless.