Five legendary NASCAR personalities – three drivers, an owner and an engine builder/crew chief – were inducted into the NASCAR Hall of Fame in Charlotte, N.C., on Jan. 31. Buddy Baker, Joe Gibbs, Bobby Labonte, Tony Stewart and Waddell Wilson make up the 11th Class of the NASCAR Hall of Fame, now the proud host of 55 inductees.

An imposing figure at six and a half feet tall, Buddy Baker was known as “The Gentle Giant.” During a test at Talladega in 1970, he became the first driver ever to exceed 200 MPH on a closed course. He won the 1980 DAYTONA 500 with a breathtaking average race speed of 177.602 MPH, setting a a track record that stands to this day. Baker won 19 NASCAR Cup Series races, including the 1970 Southern 500 at Darlington Raceway where he lapped the entire field. He also won consecutive World 600s at Charlotte Motor Speedway in 1972 and 1973.

“The NASCAR family is just unreal,” Gibbs said, describing his original concerns about being accepted into the world of NASCAR when he departed the NFL to enter the auto racing field in 1992. “Everyone stretched out their arms. The fans, the fellow competitors… that meant so much as we took off in racing.” 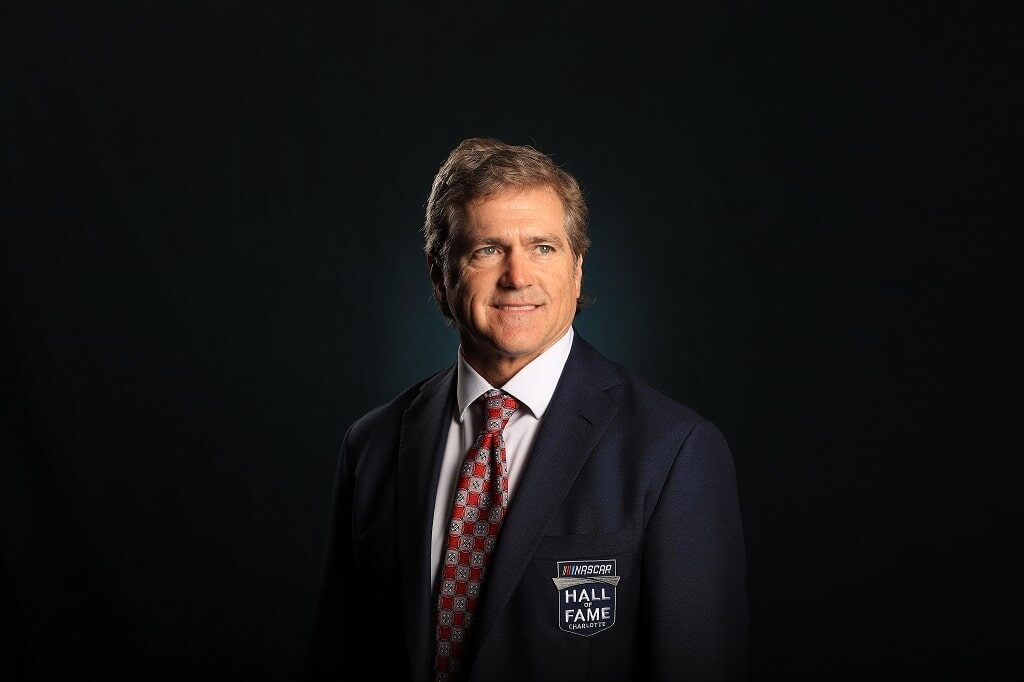 Bobby Labonte was the first of four drivers to win a NASCAR Xfinity Series (1991) and NASCAR Cup Series (200) championship. In 729 NASCAR Cup Series starts, he boasts 21 wins, 115 top fives and 203 top 10s. During his 2000 Cup championship season, Labonte performed admirably on the largest stages, earning two of his four wins in the Brickyard 400 and the Southern 500. He led second-place Dale Earnhardt by 255 points in the end for the series crown. Labonte joins his brother Terry – a 2016 inductee – in the NASCAR Hall of Fame.

“I must thank the France family and NASCAR, because as far back as I can remember, I wanted to race in NASCAR,” Labonte said. “I didn’t race to be in the Hall of Fame; I just wanted to race.” 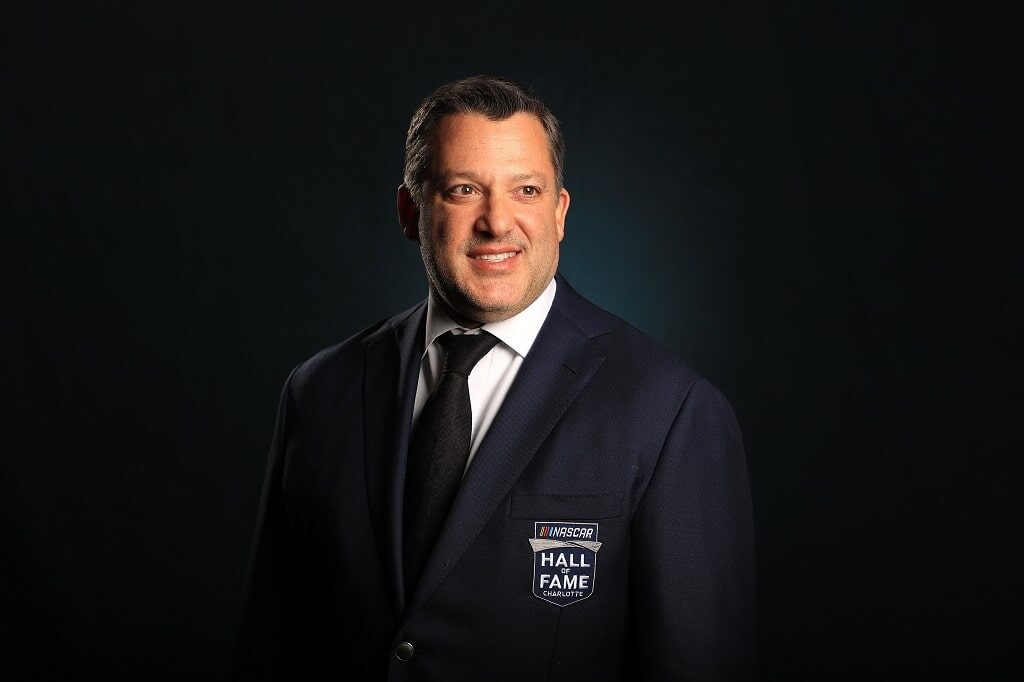 Sometimes known as “The People’s Champion,” for his blue-collar attitude about racing, Tony Stewart claims three NASCAR Cup Series championships. Two these were for Joe Gibbs Racing (2002, 2005). His third title, in 2011, came as a driver-owner with his co-owned Stewart-Haas Racing team. Stewart racked up 49 Cup wins thanks to his versatile driving ability, visiting Victory Lane on every style of track. He’s probably best known for his clutch performance in 2011, when he won five of the 10 Playoff races – including the season finale – and his third championship via a tiebreaker over Carl Edwards. Stewart added a second owner championship with Kevin Harvick in 2015.

“I’m one of just 55 people to be inducted into the NASCAR Hall of Fame,” Stewart said, “and considering that NASCAR has been around for more than 70 years, that’s kind of nuts. It truly is an elite group, and it’s incredibly humbling to be a part of it.” 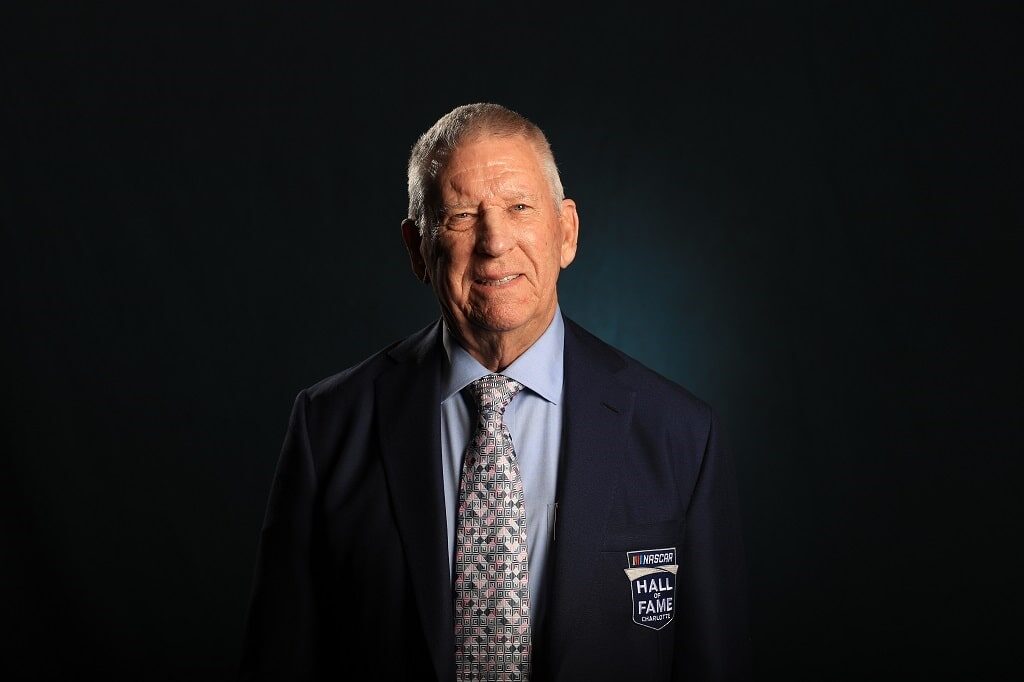 “I love racing and I appreciate the fans and all their support throughout these years,” Wilson said. “It’s an unbelievable honor to go into the NASCAR Hall of Fame; it’s a humbling night for me and my family.”

Edsel Ford II was also honored on the 31st as the sixth recipient of the Landmark Award for Outstanding Contributions to NASCAR. A member of the Ford Motor Company Board of Directors and executive of the company founded by his great-grandfather Henry Ford, Edsel Ford frequents the track to check on the Ford teams. His support of NASCAR has helped to increase the level of competition throughout the industry. At Ford, he has spent time as president and chief operating officer (May 1991-1998), and was also a director of International Speedway Corporation (Nov. 2007-Oct. 2015). Edsel is known as “The Godfather” of Ford’s racing program and is on the Voting Panel for the NASCAR Hall of Fame.

Before the Induction Ceremony, former pit reporter and magazine editor Dick Berggren was presented the eighth Squier-Hall Award for NASCAR Media Excellence. A college professor, Berggren reported from the NASCAR garage on television from 1981 through 2012, when he retired. He began his broadcast career as a reporter for ESPN and appeared on CBS, TBS and TNN NASCAR before wrapping up with a 12-year term as FOX’s lead pit reporter. A great supporter of grassroots short-track racing, Berggren was also the editor of both Stock Car Racing and Open Wheel magazines. He founded Speedway Illustrated, which billed itself as “America’s favorite monthly short-track racing magazine.”

1 Comment on Five NASCAR Legends Inducted Into Hall of Fame