The desert hills outside Phoenix were the scene for the three races at Phoenix International Raceway that would set the Final Four for all three top NASCAR series this weekend. Stewart Friesen cemented his chance to race for the NASCAR Gander Outdoor Truck Series Championship next week at Homestead with his win in Friday’s Lucas Oil 150. Justin Allgaier took advantage of fickle lady fate for the win in Saturday’s NASCAR Xfinity Series Desert Diamond Casino West Valley 200, jumping into the Final Four going into next week’s Championship race. Sunday’s Monster Energy NASCAR Cup Series Bluegreen Vacations 500 saw Denny Hamlin set his demons to rest and also jump from outside in with his big win.

Friesen Wins in the Desert, Moffitt Advances on Points Early 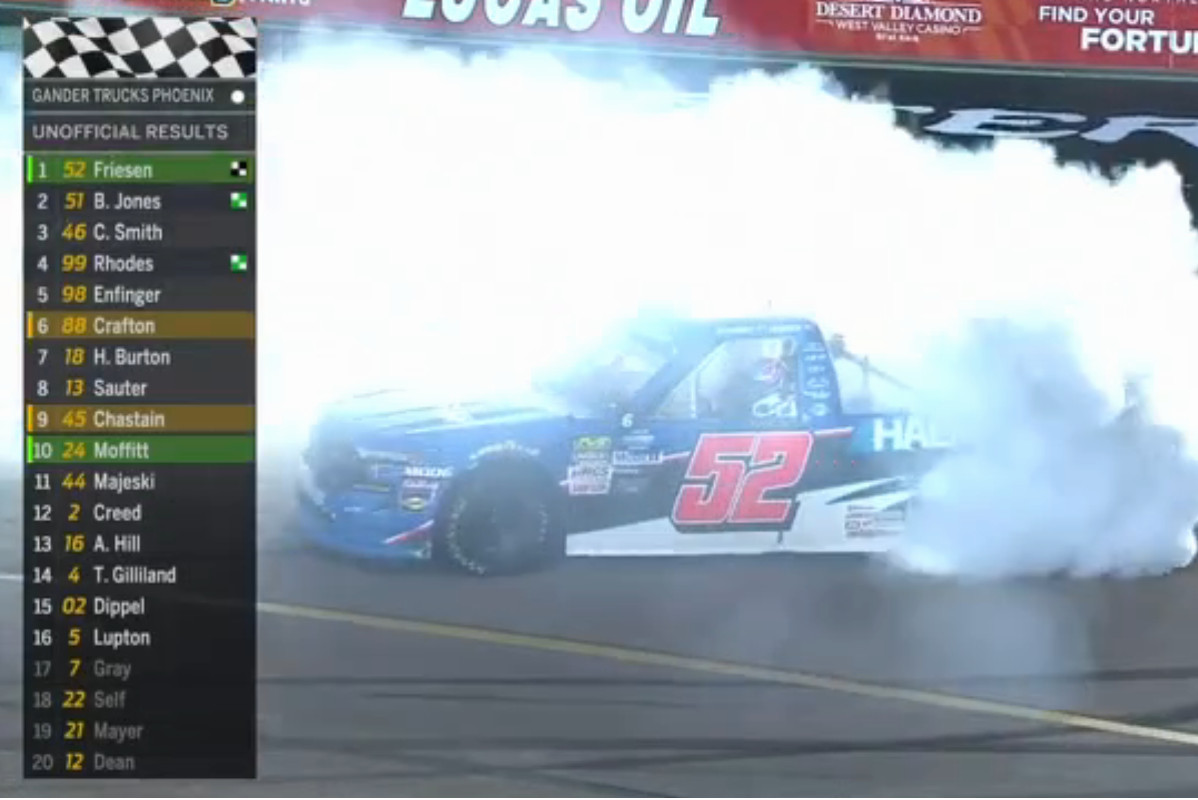 Stewart Friesen showed why he was NASCAR Gander Outdoor Truck Series champion last year, finishing in the Top Ten in both stages and coming through in the end for the win, putting the Halmar-Friesen Racing driving into next week’s championship race at Homestead-Miami. Ben Rhodes was the winner of Stage 1 while Brandon Jones took Stage 2. Brett Moffitt finished fifth in Stage 1, guaranteeing him a spot in the Championship Four next week. Jones crossed the finish line in second place and Chandler Smith was third.

Allgaier Capitalizes on the Luck of Others for Win 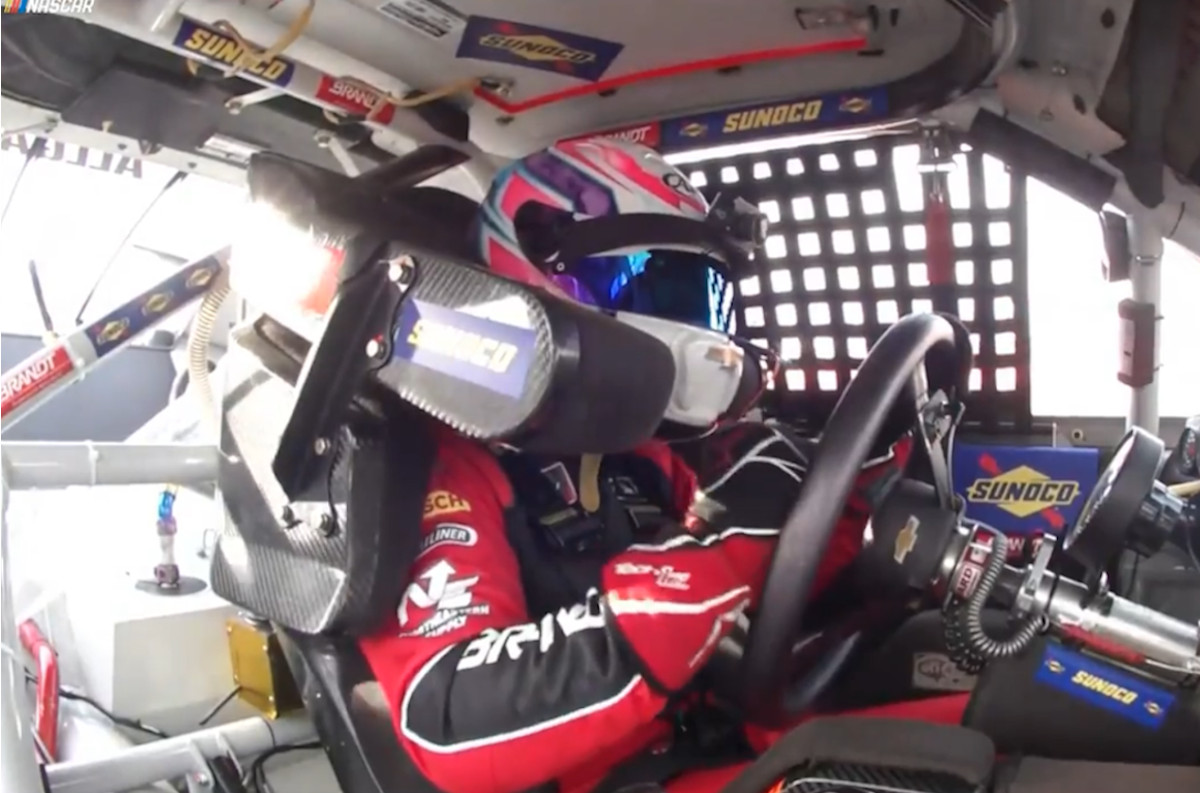 Lady Luck set her Fickle Hand of Fate on Christopher Bell’s shoulder late in Saturday’s NASCAR Xfinity Series Desert Diamond Casino West Valley 200 in a late-race spin and Justin Allgaier was there to take advantage for the win. The JR Motorsports driver moved into the Final Four with the win and will compete for the series championship at Homestead. Christopher Bell won Stages1 and 2. Cole Custer took second and Tyler Reddick brought up third. 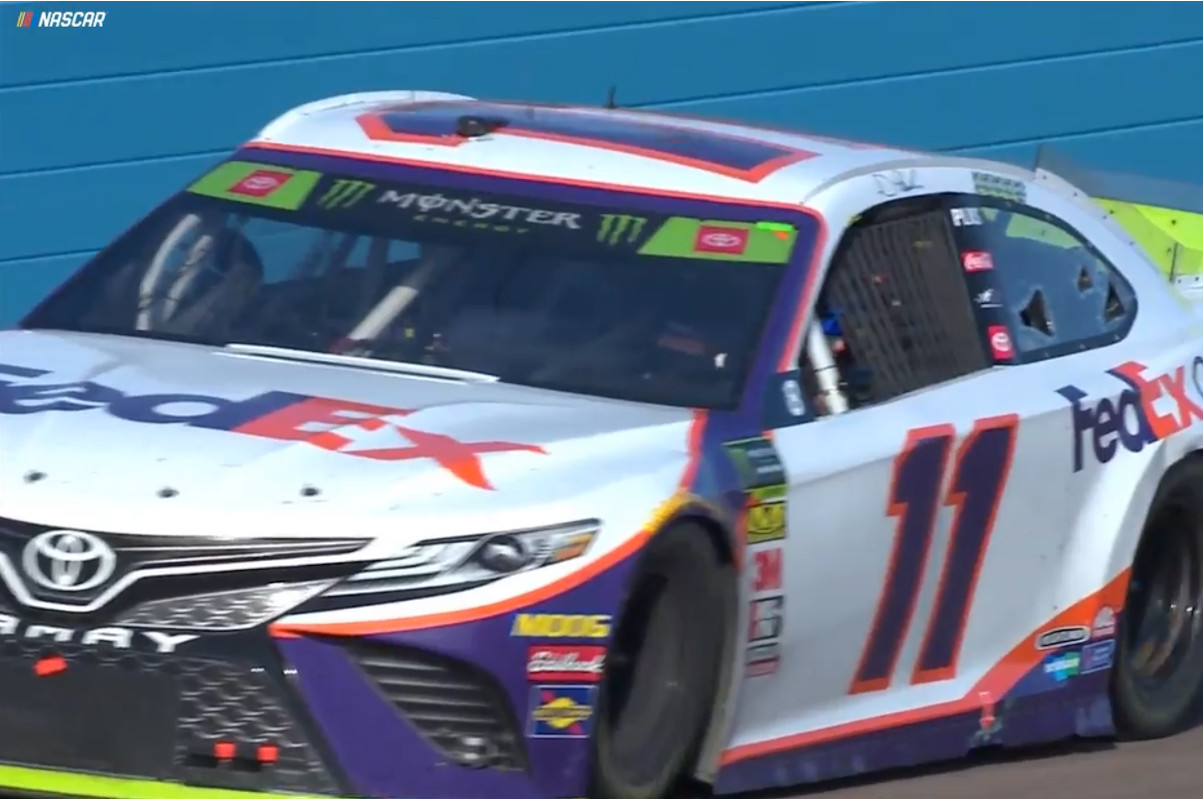 Denny Hamlin has come close to being part of the Final Four in the Monster Energy NASCAR Cup Series when it came to the last race at Homestead, but he was always bumped off the table at the last moment. Not this time. The Joe Gibbs Racing was on the outside looking in heading into Sunday’s Bluegreen Vacations 500 and he put in a commanding performance winning Stage 1 and second in Stage 2 before finally capping the performance with the win. Hamlin knocked reigning champion and Stage 2 winner Joey Logano out of contention for the championship next weekend, becoming only the second driver in Cup history to do so at Phoenix. Denny’s teammate Kyle Busch came in second, followed by Penske Racing’s Ryan Blaney.

Here Are the Four Championship Contenders from Each Series 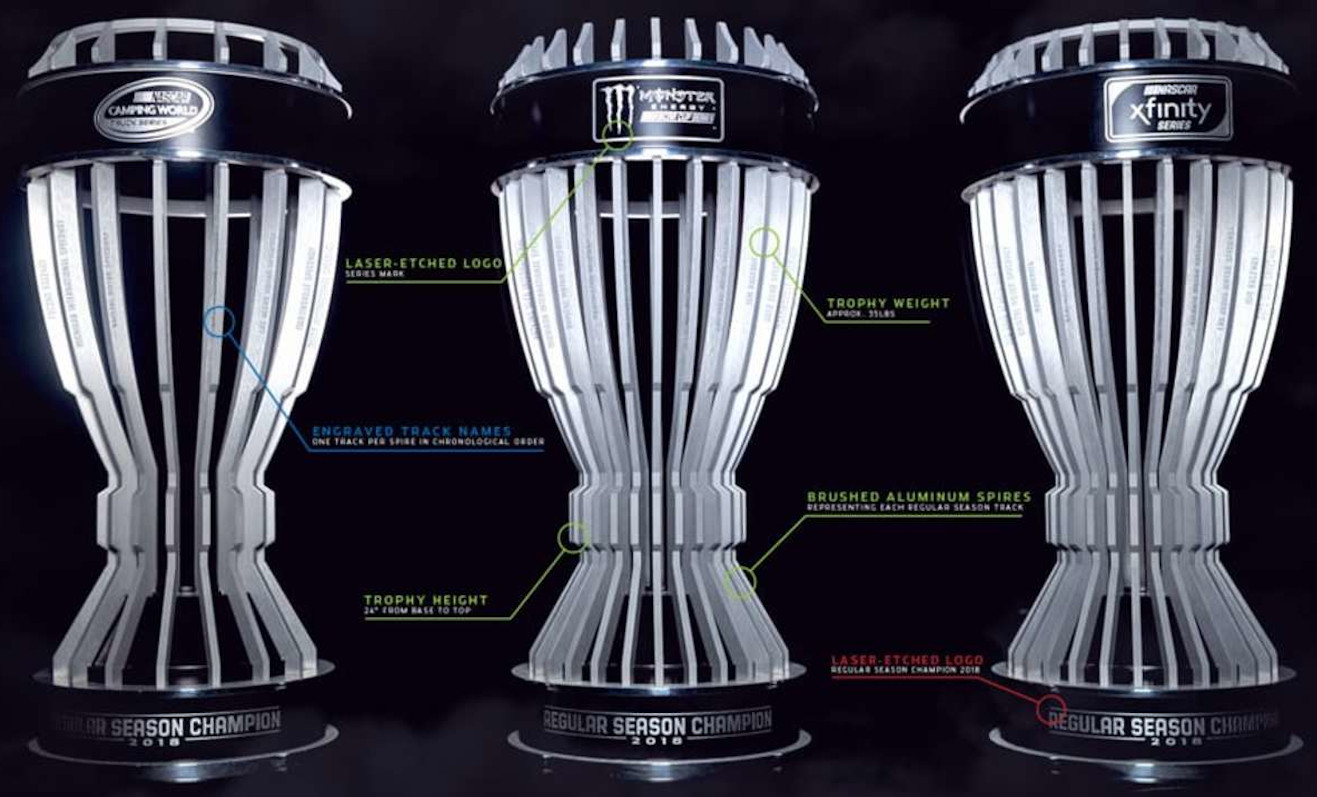 The three races at ISM Raceway set the fields for the championship races at Homestead. Friesen, Ross Chastain, Moffitt, and Matt Crafton are the four contenders for the NASCAR Gander Outdoor Truck Series Championship. Joining Allgaier to contend for the NASCAR Xfinity Series Championship are who you would expect-Bell, Custer, and Reddick.  Competing with Denny for the Monster Energy NASCAR Cup Series trophy will be fellow winners Kevin Harvick and Martin Truex, Jr., and Kyle Busch