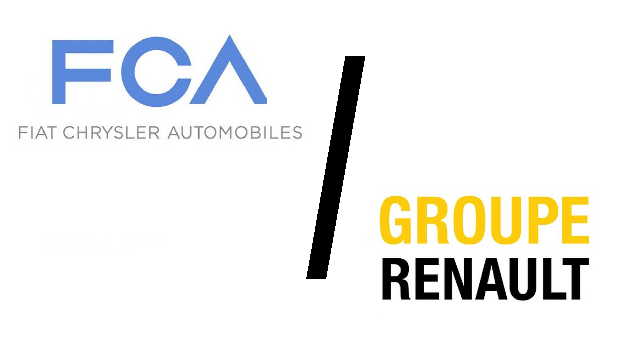 Exactly 10 days after announcing a merger between itself and Groupe Renault, Fiat Chrysler Automobiles (FCA) declared “deal off.” Some explanations were given in a terse press release filed from London. Comprising three-plus paragraphs, none longer than four lines, FCA “resolved to withdraw with immediate effect its merger proposal made to Groupe Renault.”

Under the auspices of chairman John Elkann, FCA’s board said it remains “firmly convinced of the compelling, transformational rationale of a proposal that has been widely appreciated since it was submitted, the structure and terms of which were carefully balanced to deliver substantial benefits to all parties. However it has become clear that the political conditions in France do not currently exist for such a combination to proceed successfully.”

With the French government owning about 15 percent of Groupe Renault and the Agnelli family exerting some of its control over FCA, there was always the chance for egos to get in the way as these two behemoths tried to create the world’s third largest vehicle manufacturer. There was also the presence of Nissan in the Groupe Renault mix, although that entity abstained from voting on the proposed $35 billion merger.

In its minimalist statement, FCA expressed “its sincere thanks to Groupe Renault, in particular to its chairman (Jean-Dominique Menard) and its chief executive officer (Thierry Bollore), and also to the Alliance partners at Nissan Motor Co. and Mitsubishi Motors Corp., for their constructive engagement on all aspects of FCA’s proposal.”

Apparently Renault’s board of directors were unable to come to a meeting of the minds during a June 5 meeting, stating the board was “unable to make a decision due to the request expressed by the representatives of the French state to postpone the vote to a later meeting.” The French company declared its intention to continue to review FCA’s proposal, but the government got in the way of any quick decision.

Benefits to both groups would have been immense, with FCA having access to Renault’s extensive alternative vehicle technology, particularly in electric-car production. Renault would have been able to take a bite out of FCA’s vaunted cash cows of Jeep and Ram models, along with the sex-appeal machines produced by Alfa-Romeo and Maserati.

Is this the end of a short Italian-French-American-Japanese affair or an opening salvo in what could be a long, drawn out meeting of the minds? The governmental interference in this transaction was always going to be on the table with France claiming partial ownership of Groupe Renault; perhaps it would be wiser for French PM Emmanuel Macron’s representatives to let these chips fall as they may.

“FCA will continue to deliver on its commitments through the implementation of its independent strategy,” was a final salvo by the instigator.

About Anne Proffit 632 Articles
Anne Proffit traces her love of racing - in particular drag racing - to her childhood days in Philadelphia, where Atco Dragway, Englishtown and Maple Grove Raceway were destinations just made for her. As a diversion, she was the first editor of IMSA’s Arrow newsletter, and now writes about and photographs sports cars, Indy cars, Formula 1, MotoGP, NASCAR, Formula Drift, Red Bull Global Rallycross - in addition to her first love of NHRA drag racing. A specialty is a particular admiration for the people that build and tune drag racing engines.