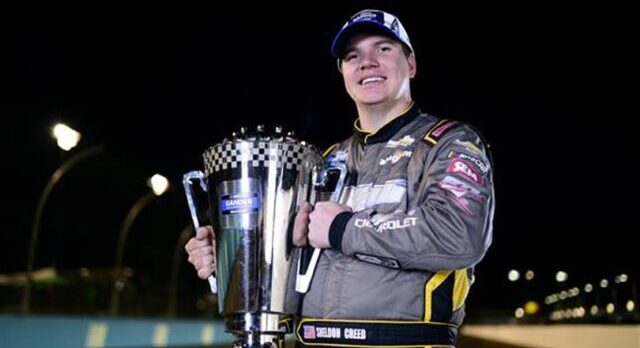 NASCAR’s season finale at Phoenix Raceway in Avondale, Arizona celebrated families and youth. Families are always important in motorsports, whether they’re relatives by birth or by choice. In the case of NASCAR’s crowning of its three touring series championships, families play a huge role.

Take, for instance, Sheldon Creed, who won the NASCAR Gander RV & Outdoor Truck Series (NGROTS). This 23-year-old from Alpine, California started racing BMW when he was three years old, transferred out of bikes when his mom said she wasn’t too keen on those pending hospital bills and has won in nearly every type of vehicle where he’s competed.

Up until 2016, Creed was pretty much a dirt guy, easy when your neighbor is Toyota off-road ace Ivan Stewart. Creed moved to ARCA Racing, while still tearing up the Stadium Super Trucks series (he won the title for a 2nd time that year) and became ARCA champ in 2017. This year he conquered the NGROTS series in a Chevrolet Silverado, racing for GMS racing. He’ll continue with the team in 2021, with the intent of earning back-to-back titles. 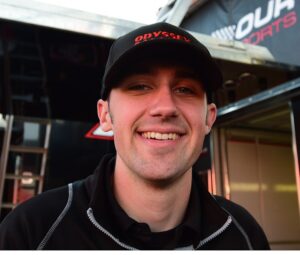 In NASCAR’s Xfinity Series the champion is from Team Penske. Don’t yawn, now. While Team Penske had opportunities to sweep Xfinity and Cup Series titles, it came down to Austin Cindric, son of team president Tim Cindric, who did what he needed to do, winning an overtime race against pursuer Justin Allgaier, thanks to new Goodyear tires and Cindric’s ability to keep them at their best, taking his sixth victory of the 2020 season.

Cindric might have been born to race. His grandfather was/is known for master engine building, his father is an accomplished racing executive. But neither Tim Cindric nor Austin’s mother Megan, the daughter of the late Jim Trueman, who owned Truesports in Ohio, wanted to see their son take to the track. He had to earn it, and Austin Cindric’s continuing deference to the school of hard work is his calling card. He races hard – occasionally too hard – and works hard outside the race car, helping out in any way he can. Cindric, too, will return to the Xfinity series in 2021, before taking over the 2022 Wood Brothers Ford in NASCAR’s premier Cup Series. 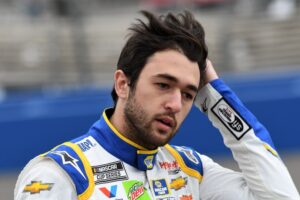 And then there’s Chase Elliott, who grew up at racetracks as his father “Awesome” Bill Elliott raced and won in the Cup Series, and was later selected to join NASCAR’s elite Hall of Fame. Now his son, driving the No. 9 NAPA Chevrolet for Rick Hendrick’s Hendrick Motorsports, has achieved his first NASCAR Cup Series title, in the season finale, as he won both the penultima and final races of the year. This was Elliott’s first title and also the first for his veteran crew chief, Alan Gustafson. 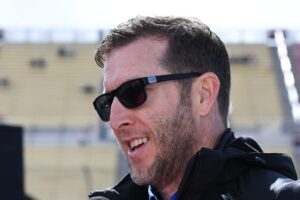 Chase’s parents, Bill and Cindy Elliott, knew early in Chase’s life that he wanted to race and didn’t stymie those efforts. Their encouragement and support showed on Sunday afternoon once their son exited his car with little to say, overcome by the moment as he earned the title, one his father garnered in 1988. After taking the Xfinity Series title as a rookie in 2016, Elliott seemed deemed for greatness. He’s secured NASCAR’s “Most Popular Driver” award, a prize his father regularly kept year over year – until Dale Earnhardt Jr. came along – and looks ready to own that title throughout his racing career.

It’s noteworthy that the four combatants for this 2020 NASCAR Cup Series championship finished first through fourth (Elliott, Team Penske’s Brad Keselowski and Joey Logano, along with Joe Gibbs Racing’s Denny Hamlin). That quartet were followed by the grizzled, now-gray-bearded seven-time champ Jimmie Johnson, who started his career on dirt and now intends to complete it by racing 2021’s road/street courses in the NTT IndyCar Series for Chip Ganassi Racing.

Still, family and youth were the cornerstones of this year’s three national touring series NASCAR champions, each of whom hasn’t seen the quarter-century mark yet, and each of whom succeeds with the backing of family. To Sheldon Creed, Austin Cindric and Chase Elliott go the rewards of a series title. To the massive number of fans in this sport, the future looks glowing as youth is served, brightly, on a laden platter.